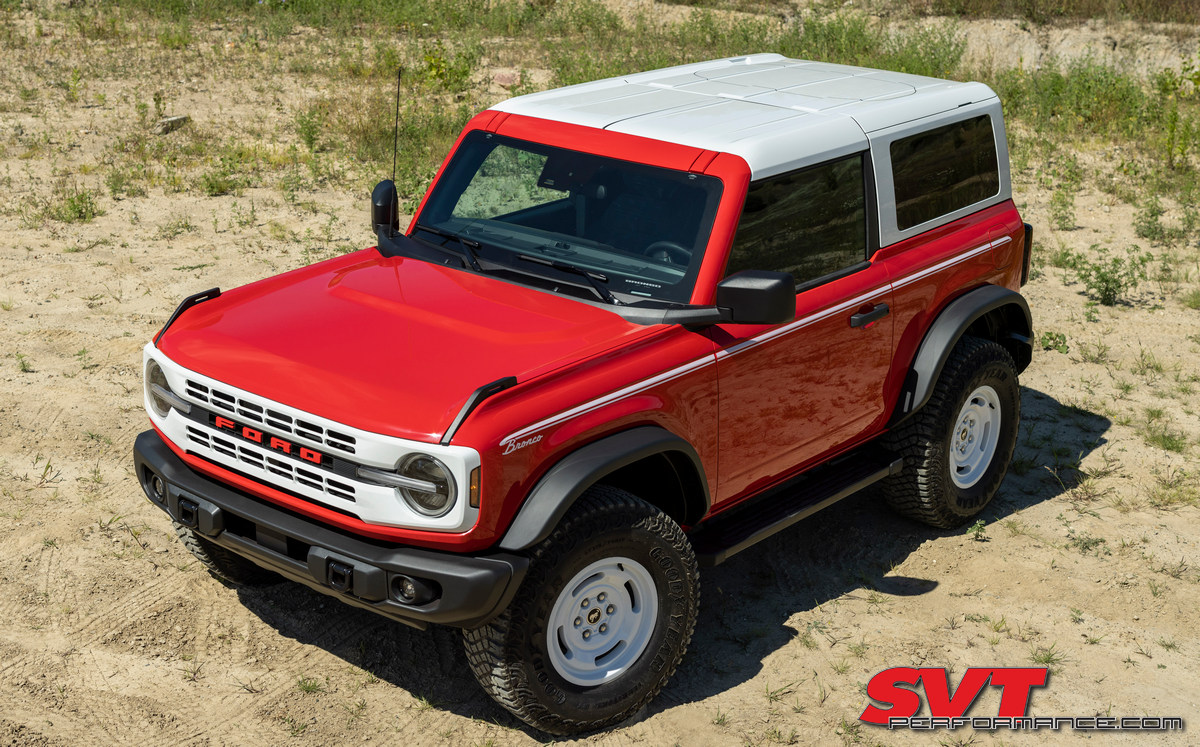 DEARBORN, Mich., Aug. 11, 2022 – Bronco® brand is taking trail riders to their off-road roots with the introduction of the 2023 Bronco and Bronco Sport™ Heritage and Heritage Limited editions.

The special-edition models will be available across the Bronco family lineup, including Bronco two-door, Bronco four-door and Bronco Sport SUVs. Ford will build just 1,966 units of each Heritage Limited Edition model to commemorate the year the original Bronco debuted.

“Bronco captivated America in the mid-’60s with its rugged style and uncompromising off-road agility, a legacy that is still prevalent today,” said Mark Grueber, Bronco marketing manager. “With these new Heritage and Heritage Limited editions, we’re paying respect to Bronco’s roots with nods to some of the signature design cues from the first-generation vehicle, while continuing to build the Bronco Brand with more special editions that our customers want.”

The 2023 Bronco Sport Heritage and Heritage Limited edition models are available to order for all customers now. Bronco two- and four-door models will go on sale later this year, with initial orders prioritized for current Bronco order holders awaiting their vehicle. Orders will open to all customers next year, regardless of current reservation status.

Bronco Heritage Edition is available in five paint options, while Bronco Heritage Limited Edition is exclusively available at launch in Robin’s Egg Blue, which is a throwback color based on Arcadian Blue, available on the original Bronco in 1966. The color Yellowstone Metallic, which is based on the 1971 Ford color Prairie Yellow, is planned for late 2023 model year availability. Peak Blue is planned for the 2024 model year.

Heritage Limited Edition models offer the increased capability of Badlands™ series equipment and features, including a 2.7-liter EcoBoost V6 engine with up to 330 horsepower and 415 lb.-ft. torque* mated to the 10-speed SelectShift automatic transmission. They are also differentiated with features that include metal “Bronco” script fender badging, leather-trimmed/vinyl plaid seats with white and Race Red accent stitching and unique Heritage Limited console badging.

Though not part of the Bronco family in the 1960s, Bronco Sport gives customers a chance to enjoy the brand’s heritage with exclusive Heritage and Heritage Limited Edition styling.

“Bronco Sport has been a hit with compact SUV customers since it arrived two years ago, but it is just as important that we give our customers special editions similar to what we have done with the two- and four-door Bronco,” Grueber said. “These Heritage Editions are every bit as important to Sport as they are for the rest of the Bronco Brand and we think the iconic themes from the ‘60’s work perfectly on this vehicle.”

Like the full-size Bronco SUVs, the 2023 Bronco Sport Heritage Edition is built on the Big Bend series, with the proven 1.5-liter EcoBoost engine that puts out 181 horsepower and 190 lb.-ft. of torque*.

The Terrain Management System™ offers five G.O.A.T. Modes™ because Bronco “Goes Over Any Type of Terrain” and in various conditions. Standard modes include Normal, Eco, Sport, Slippery and Sand.

They are powered by increased performance and off-road capability of the Badlands series, including the more powerful 2.0-liter EcoBoost engine with up to 250 horsepower and 277 lb.-ft. of torque* for high-speed off-road performance.

An advanced 4x4 system with a twin-clutch rear-drive unit with a differential lock can divert virtually all rear axle torque to either wheel, and the G.O.A.T. Modes system increases to seven modes, adding Mud/Ruts and Rock Crawl. 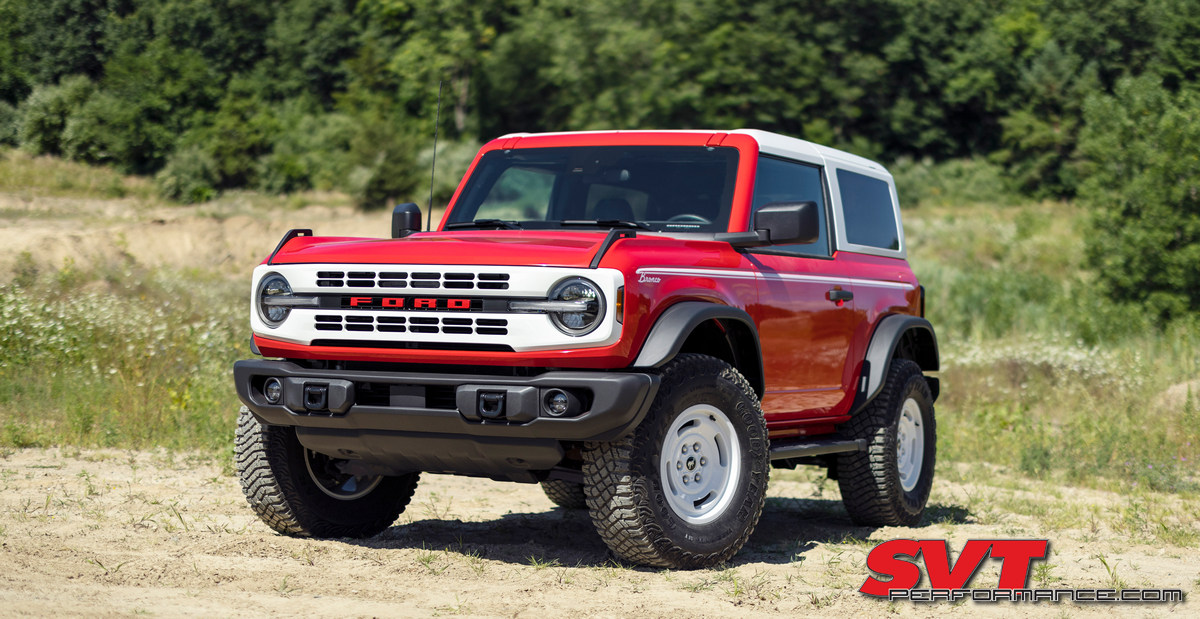 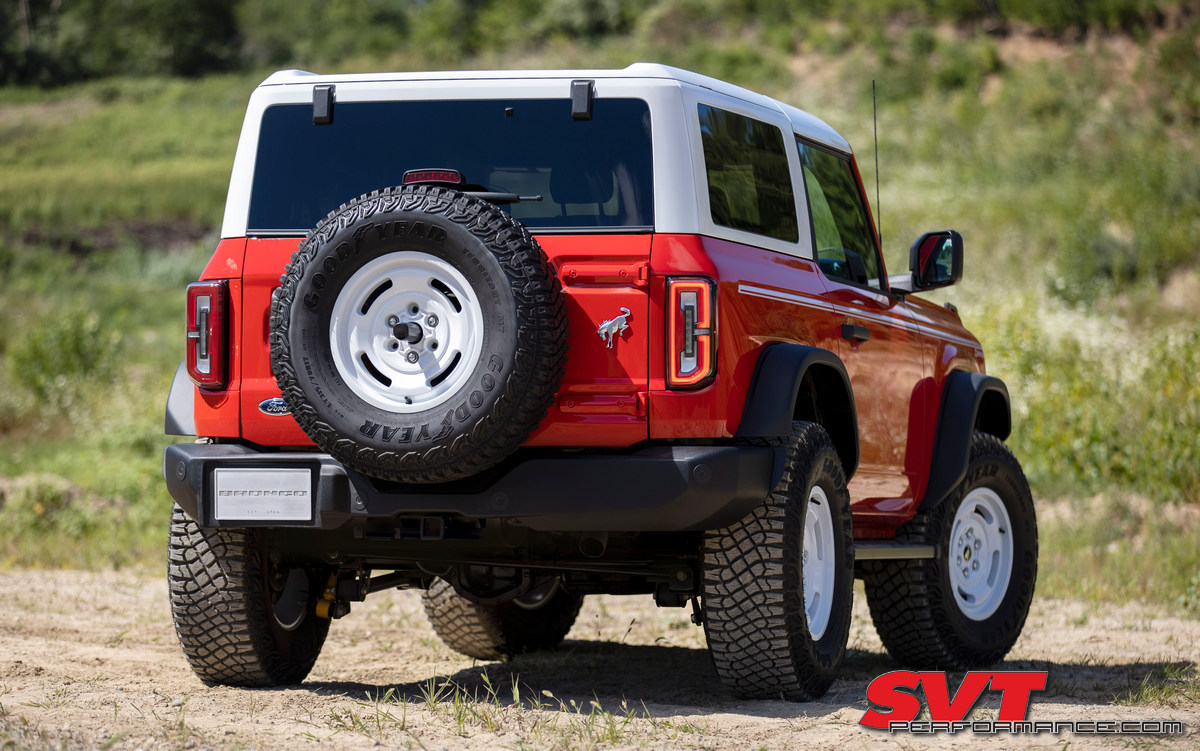 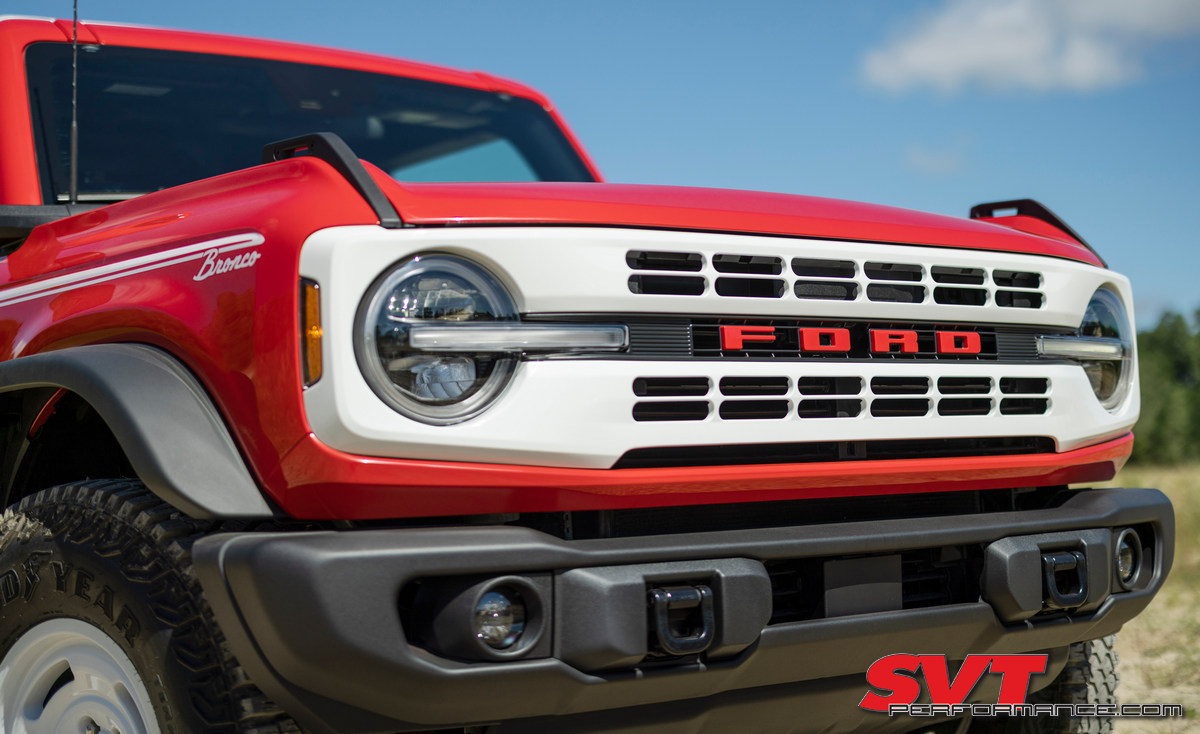 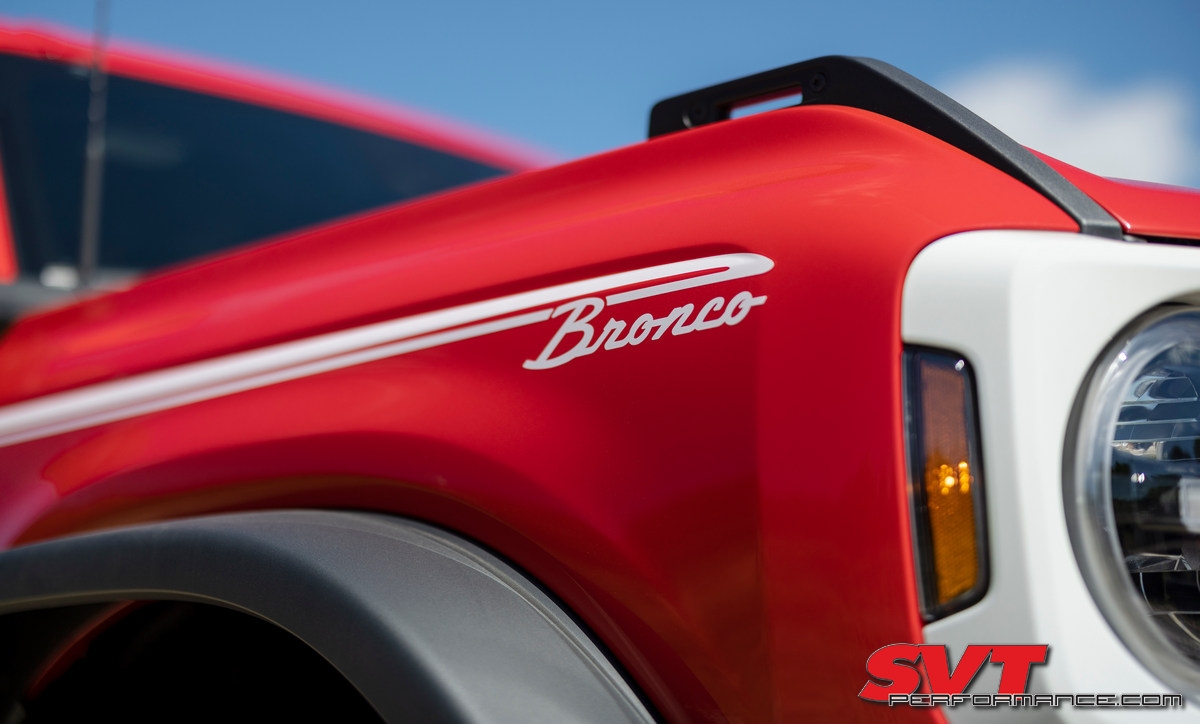 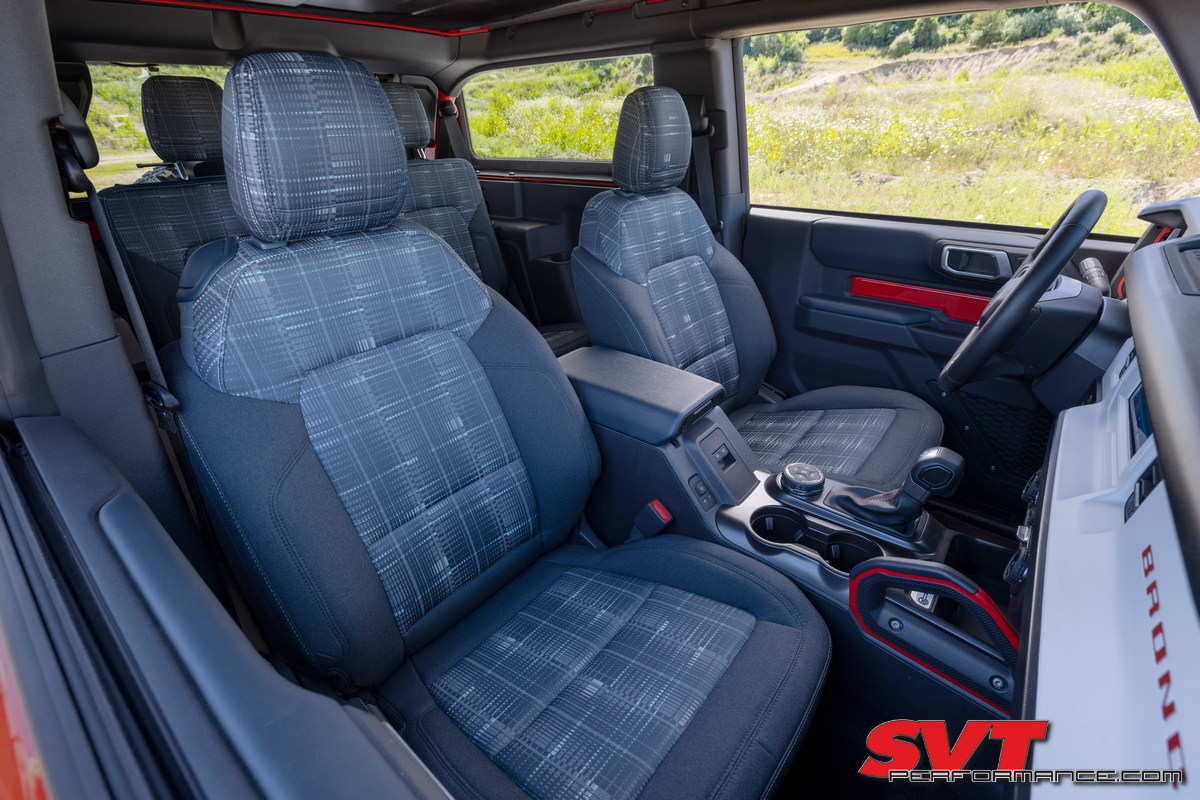 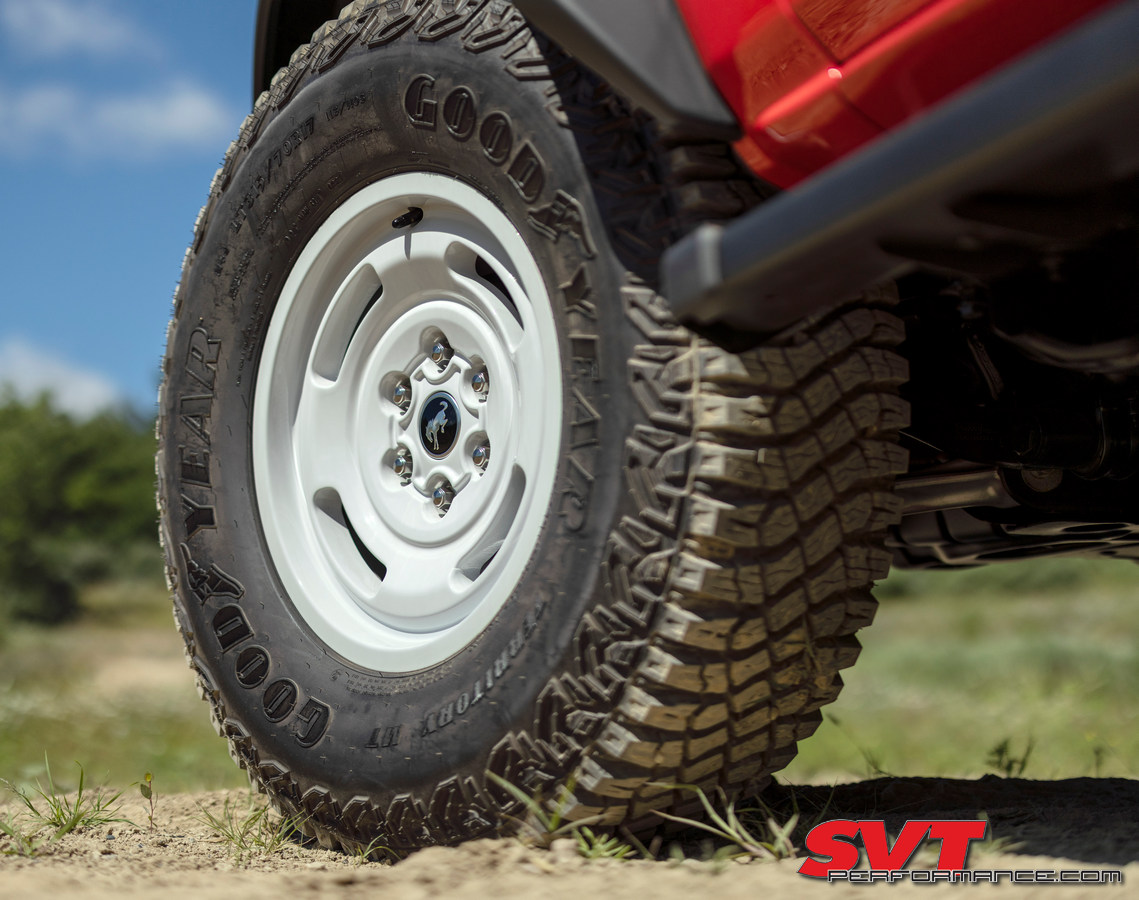 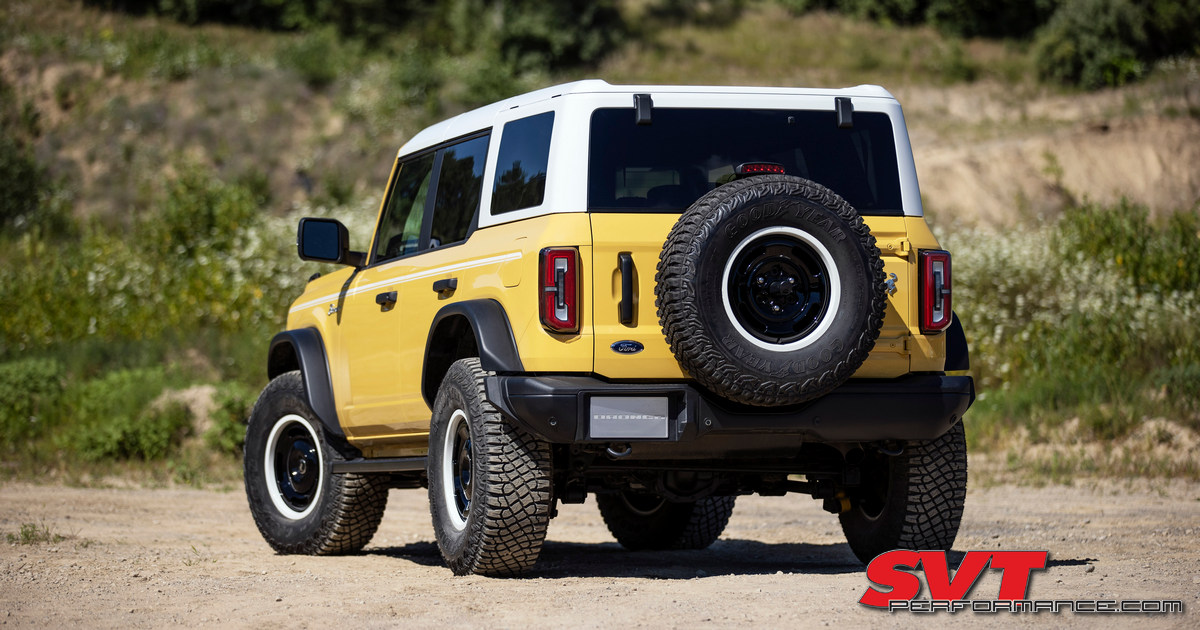 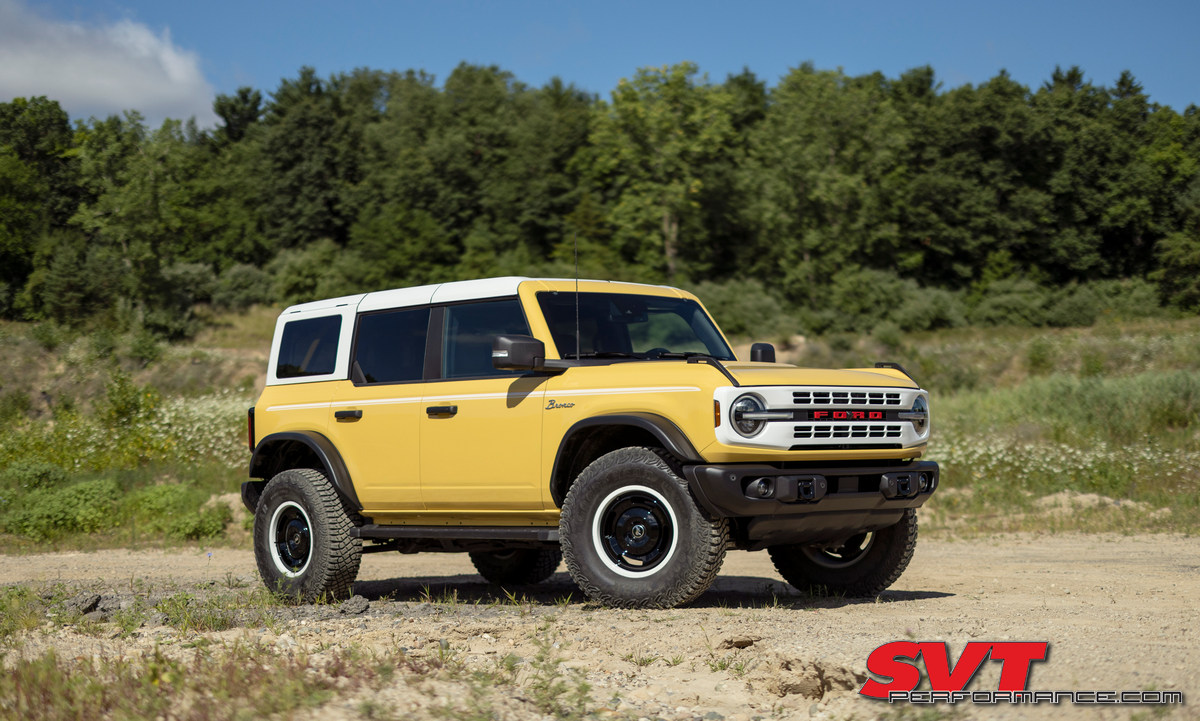 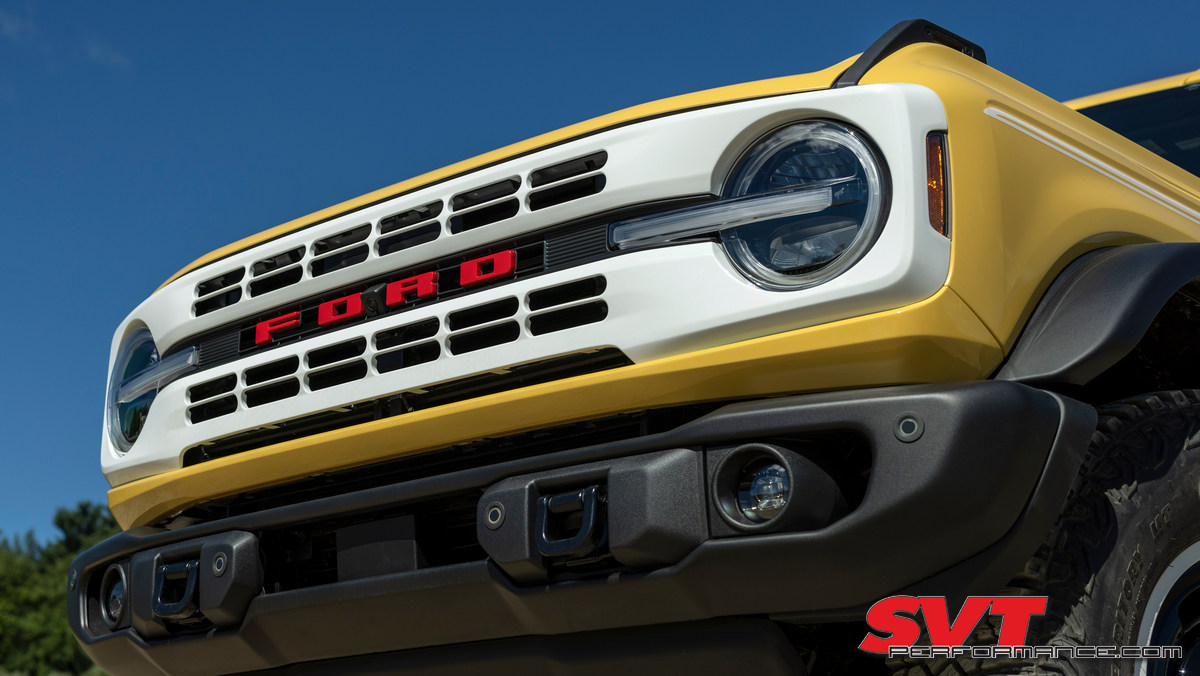 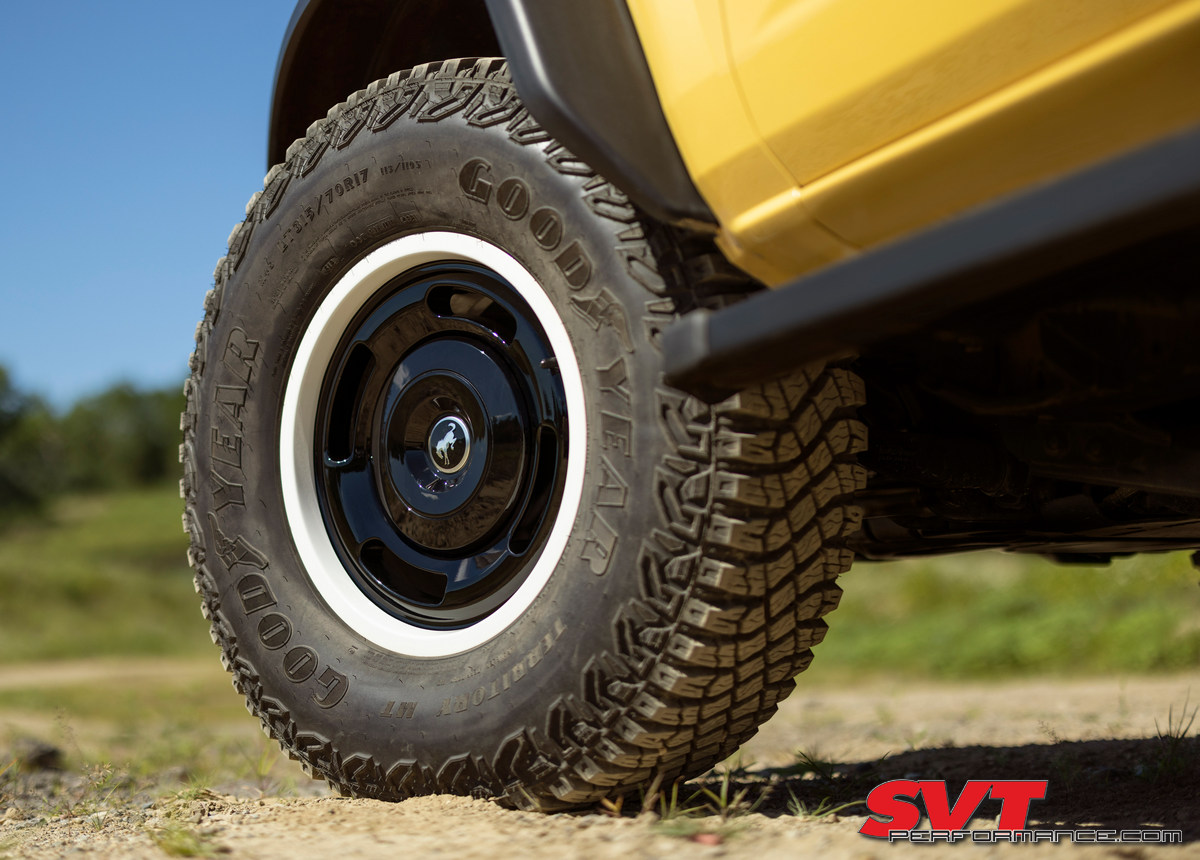 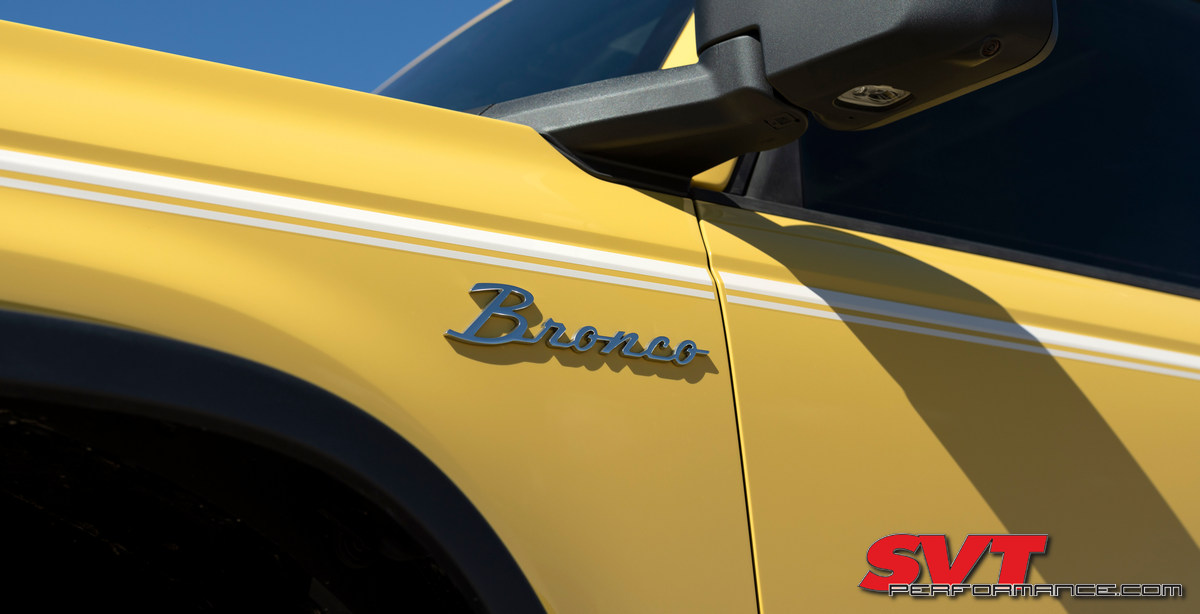 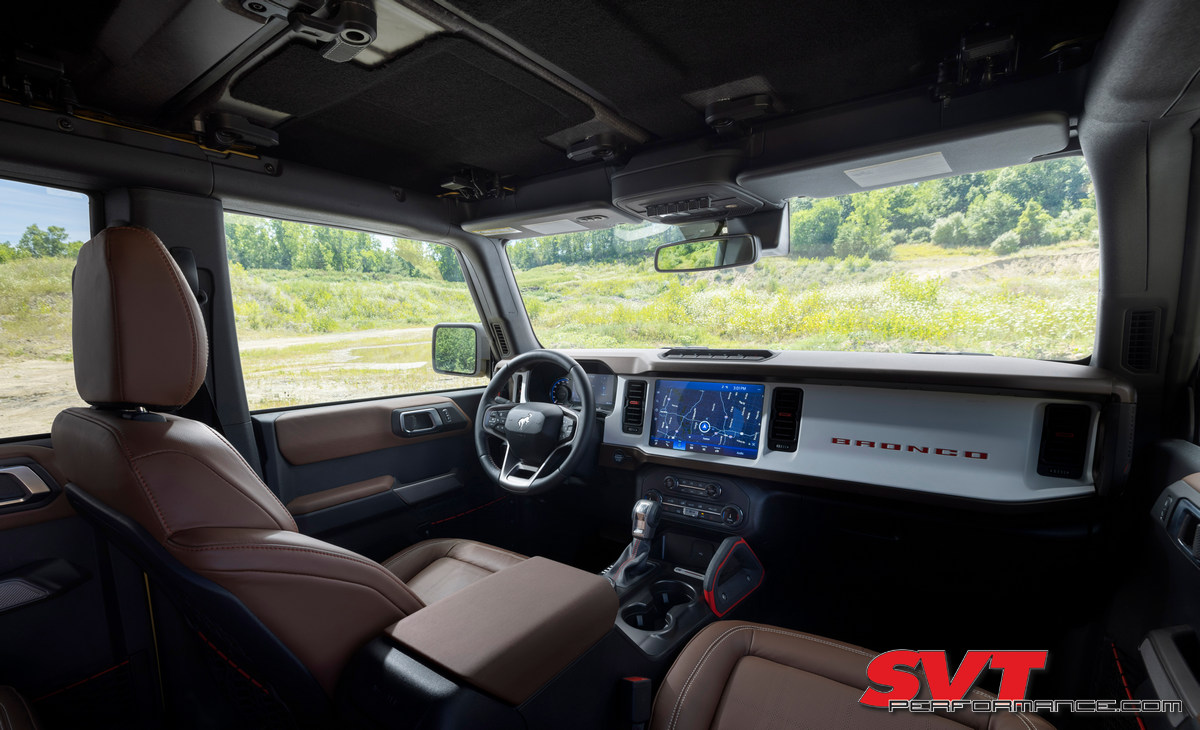 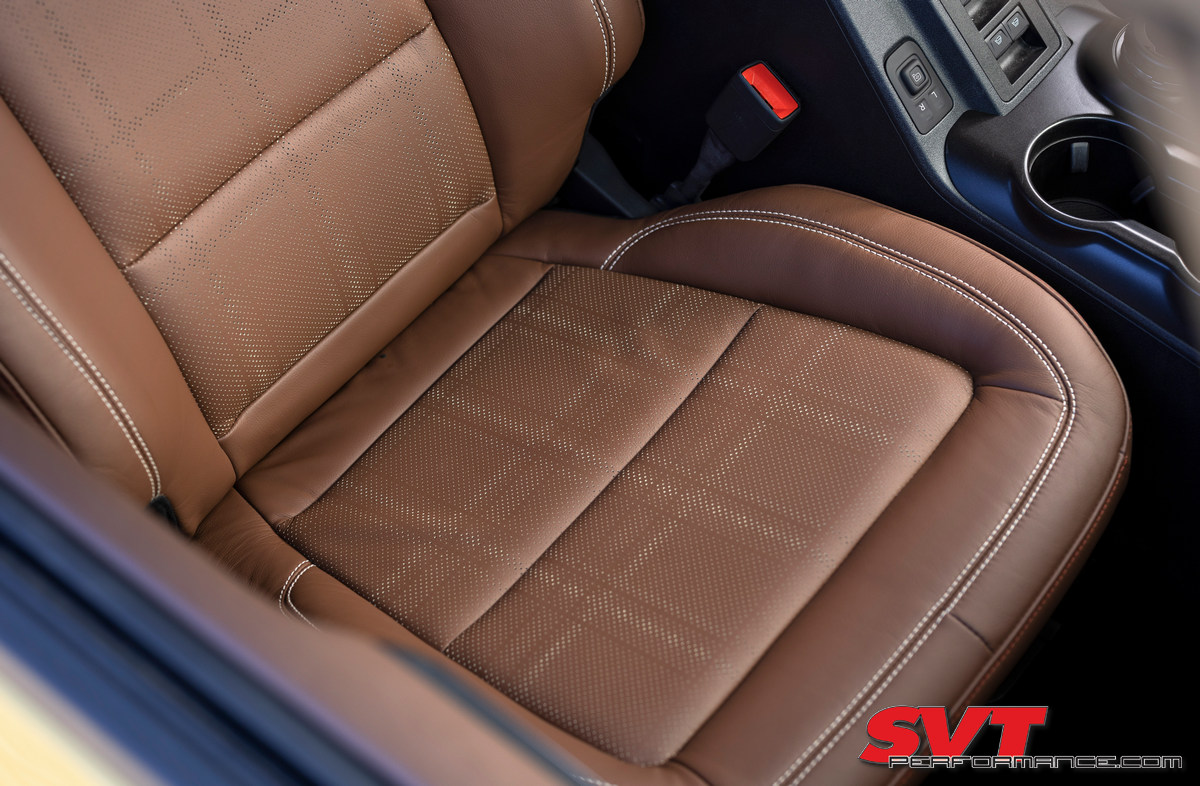 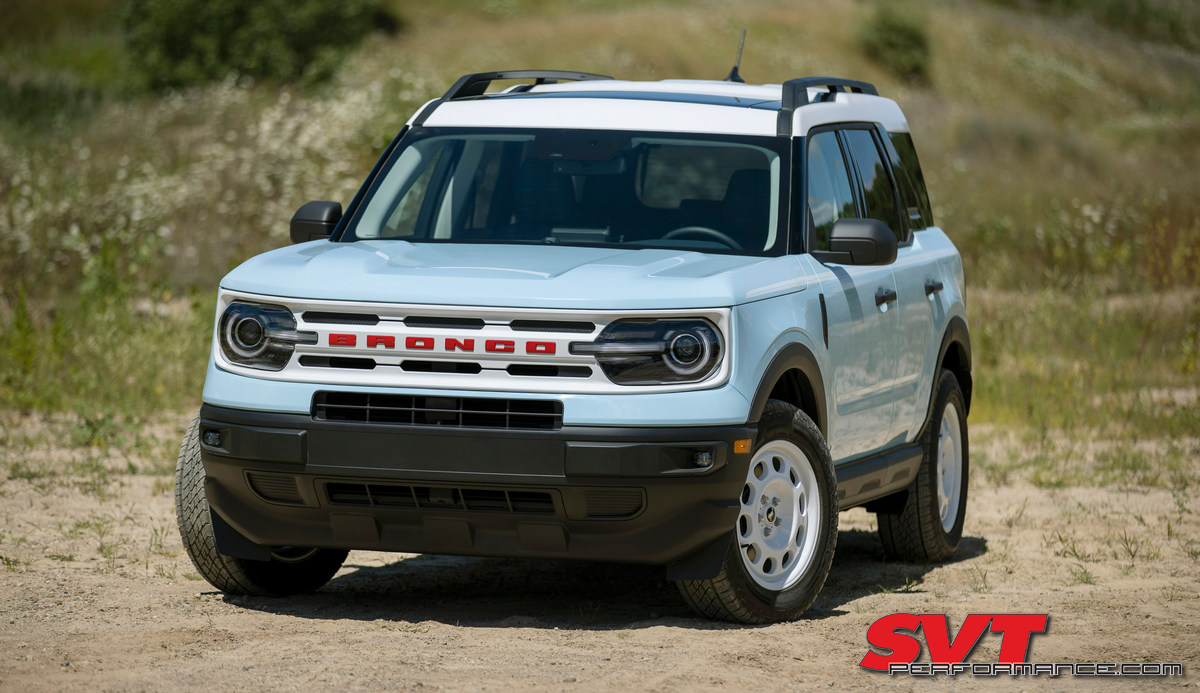 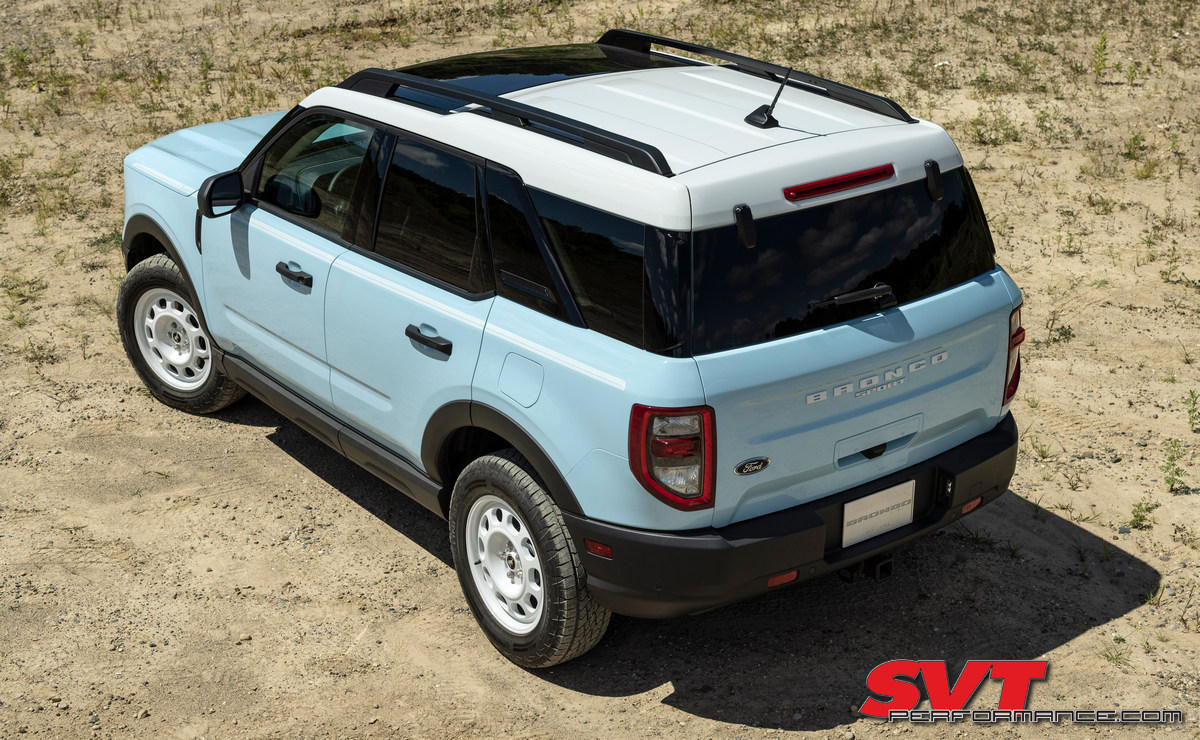 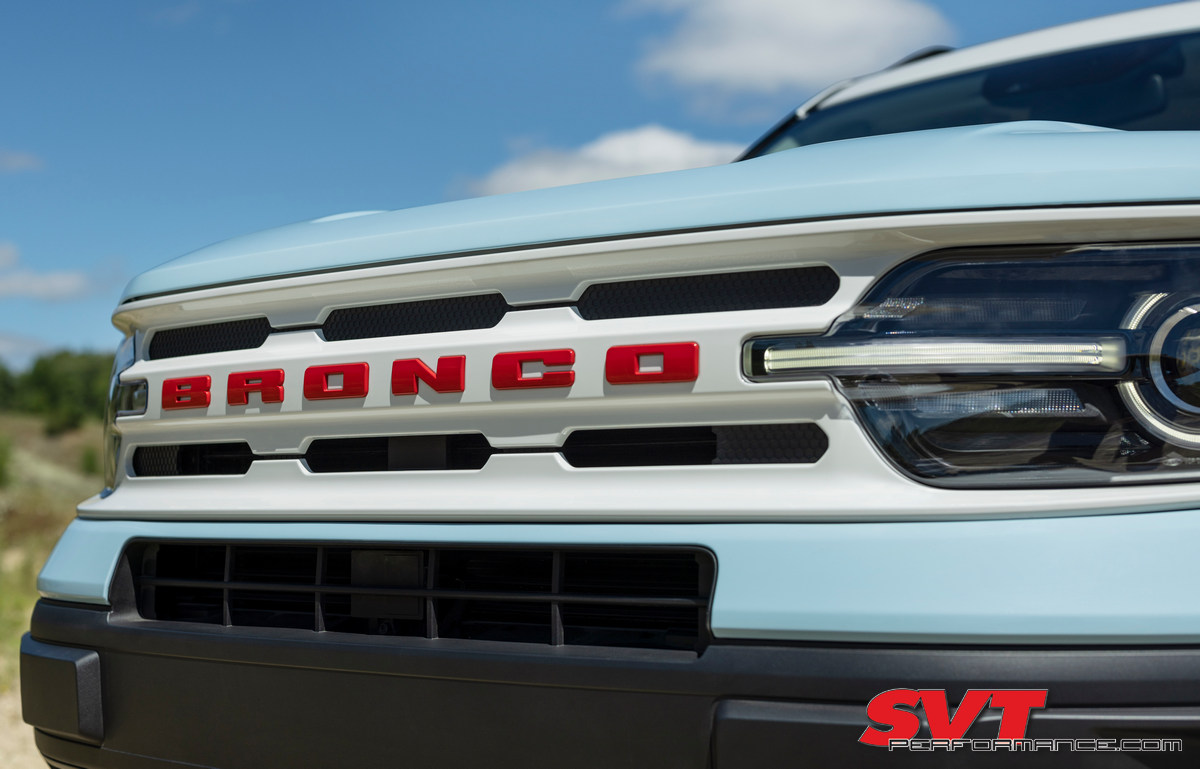 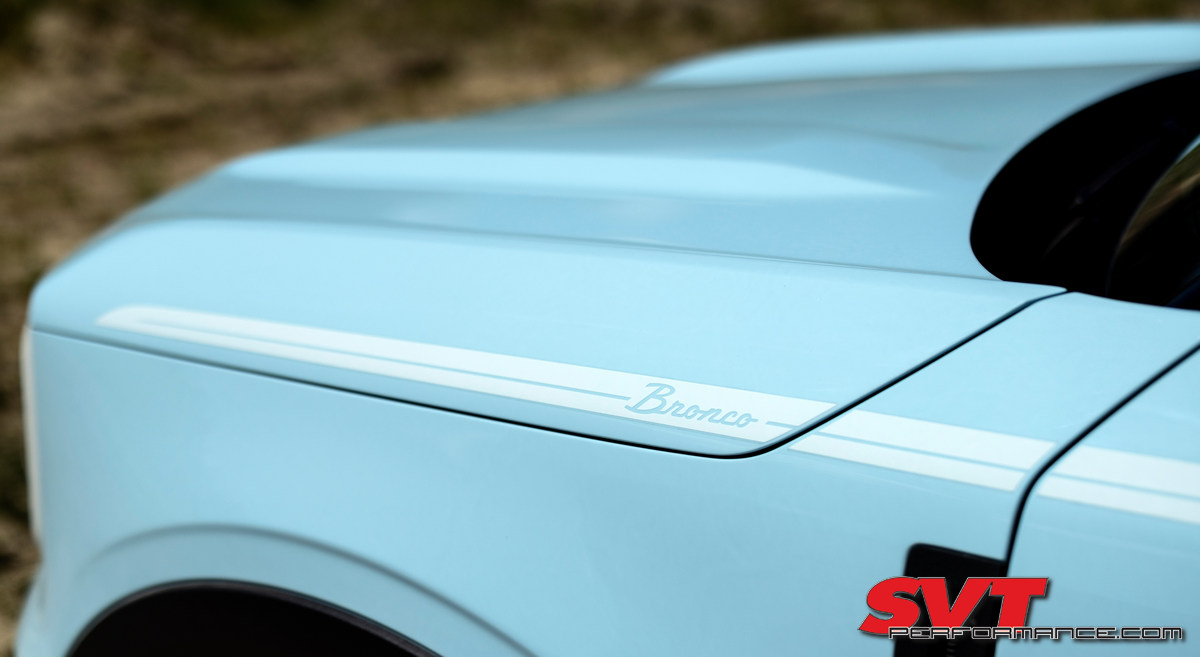 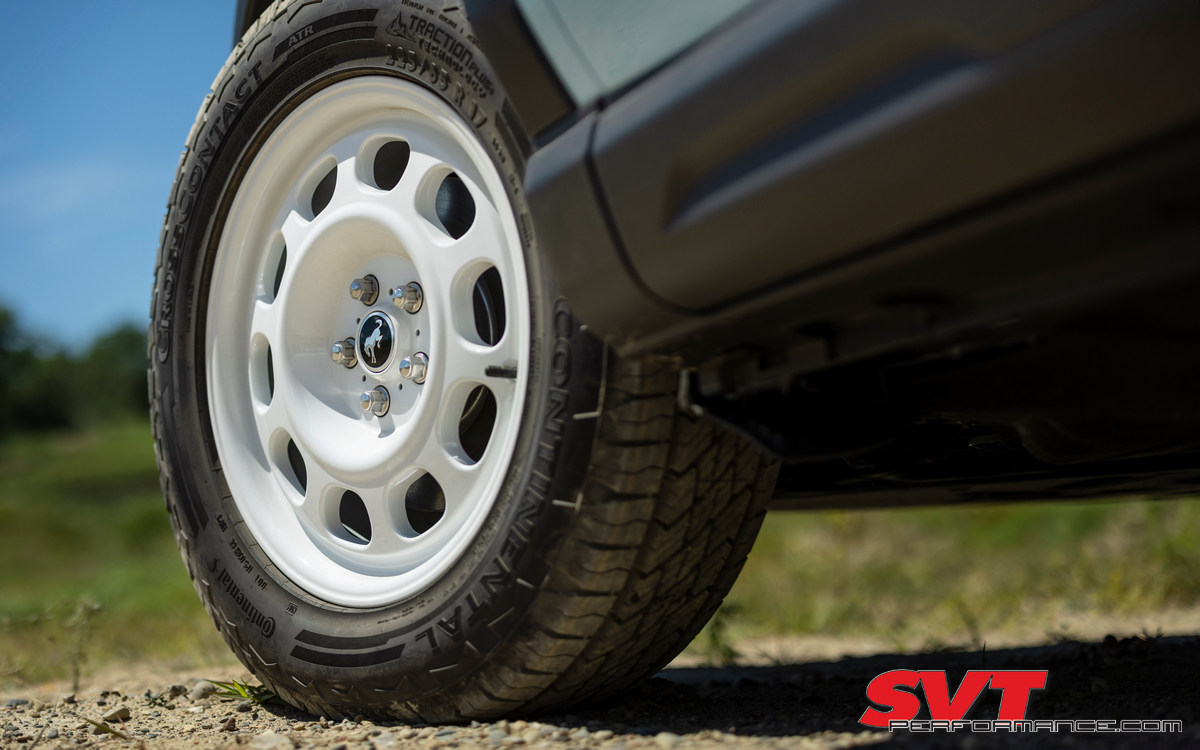 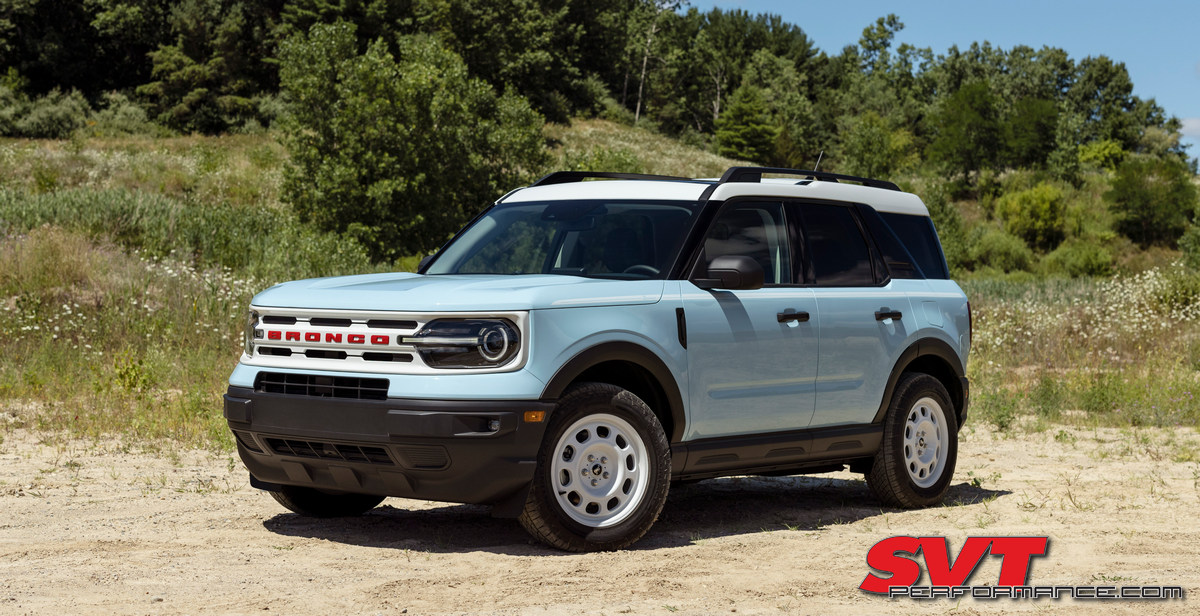 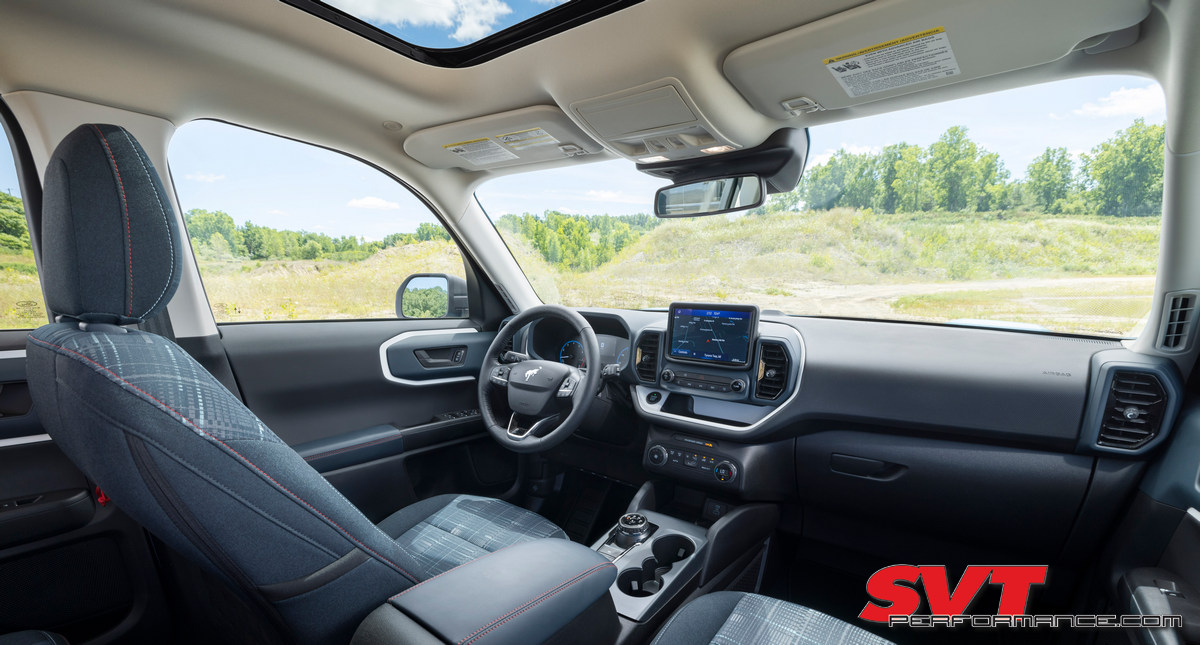 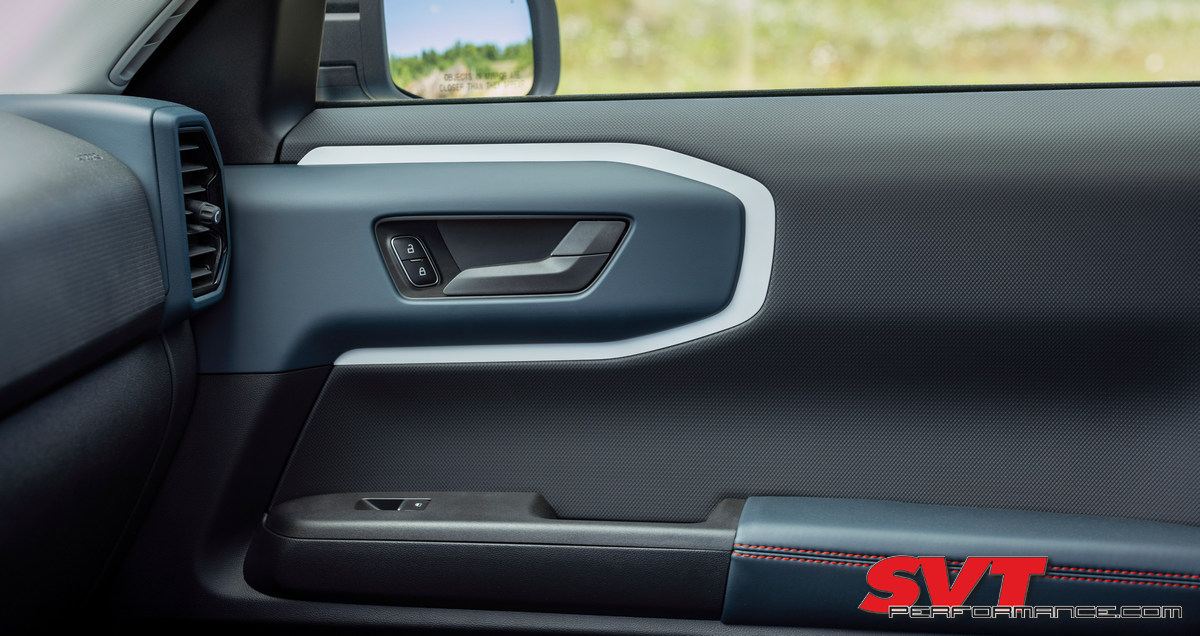 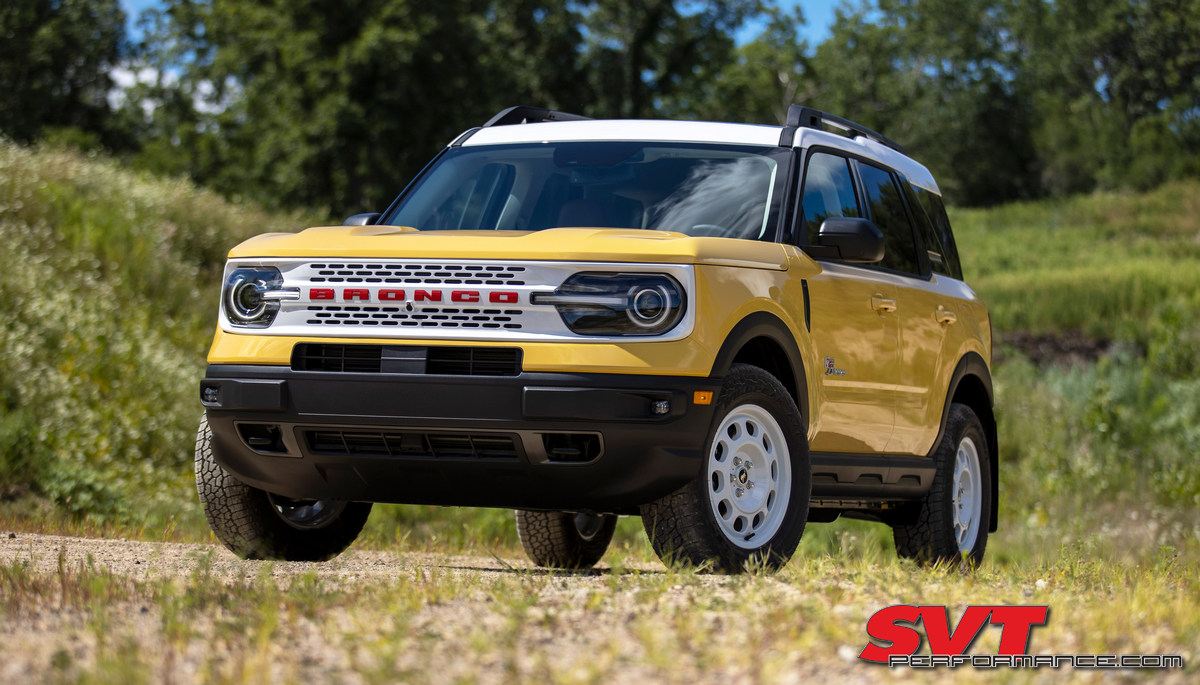 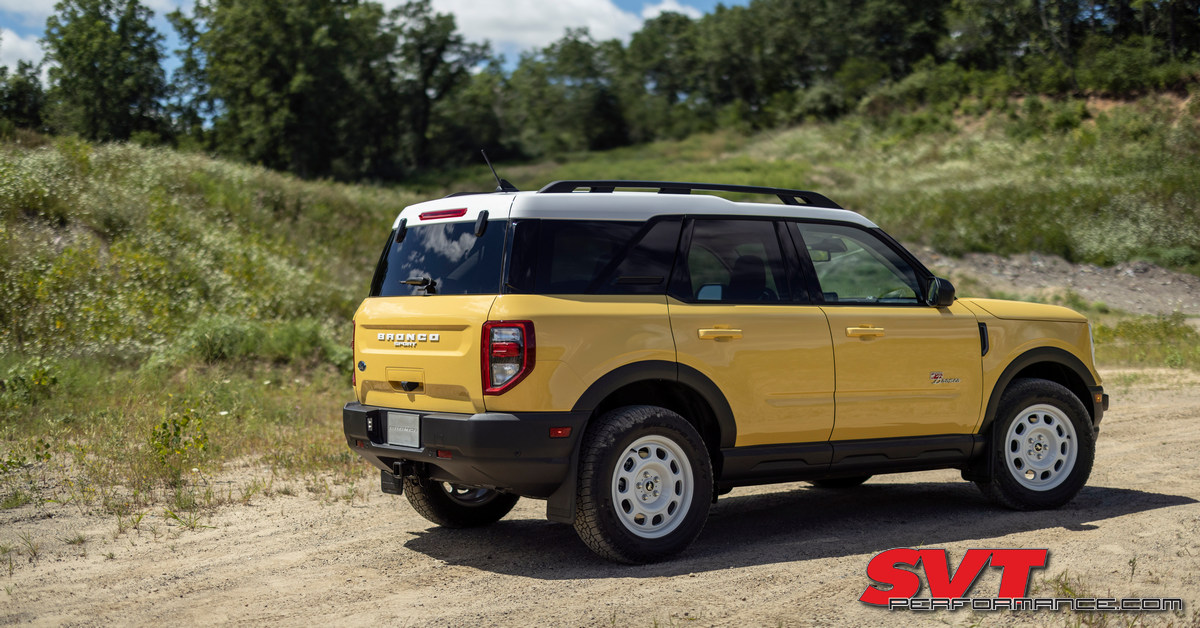 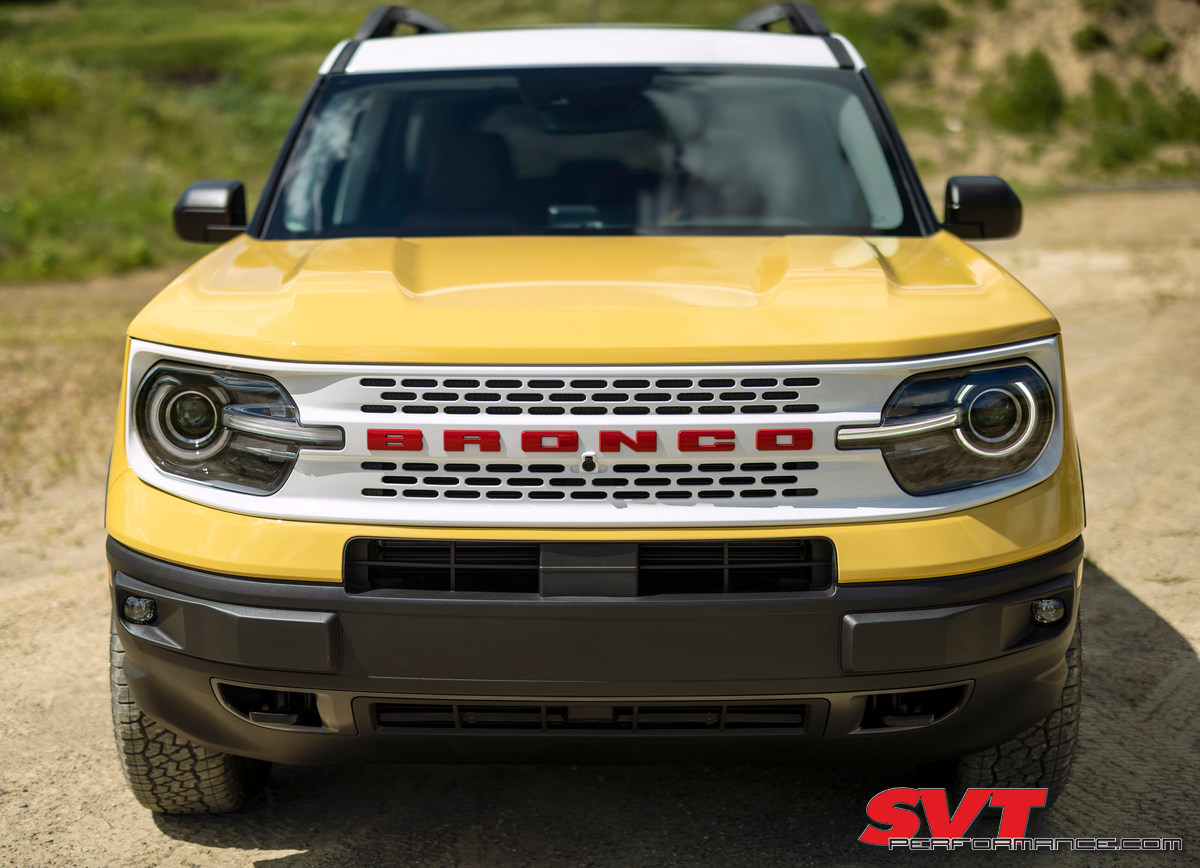 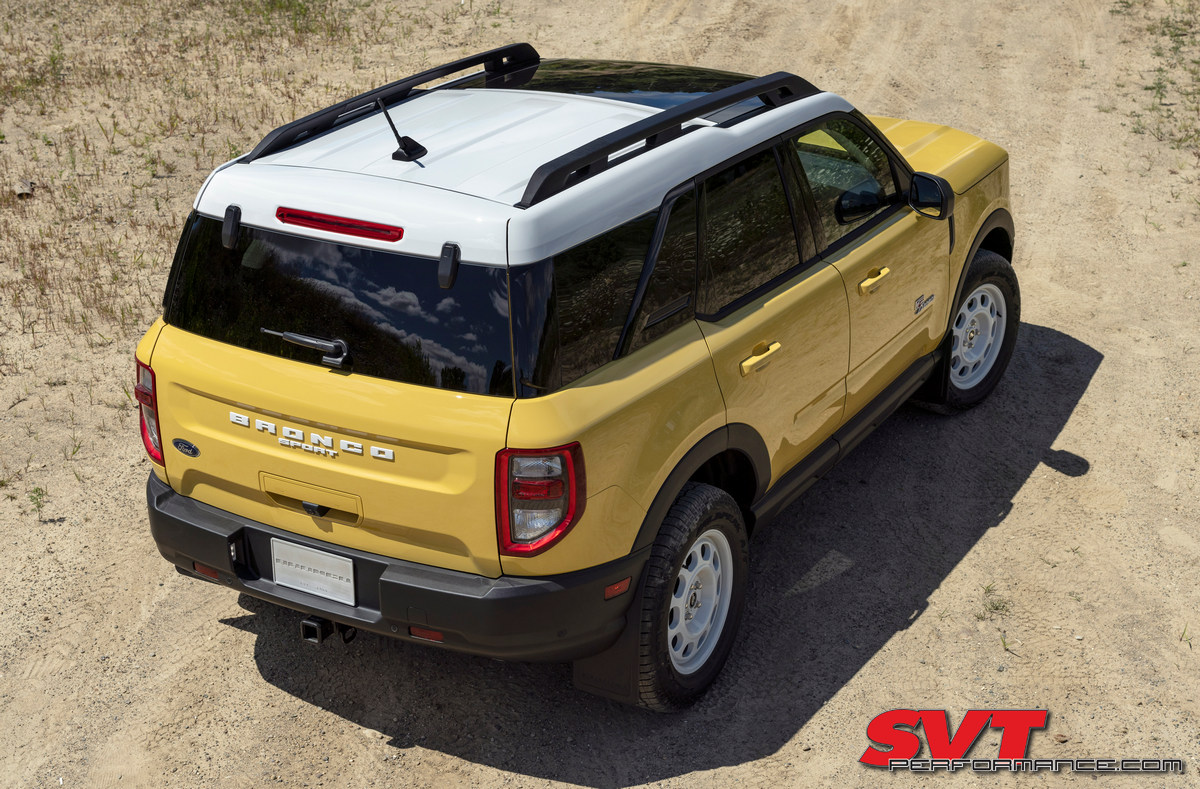 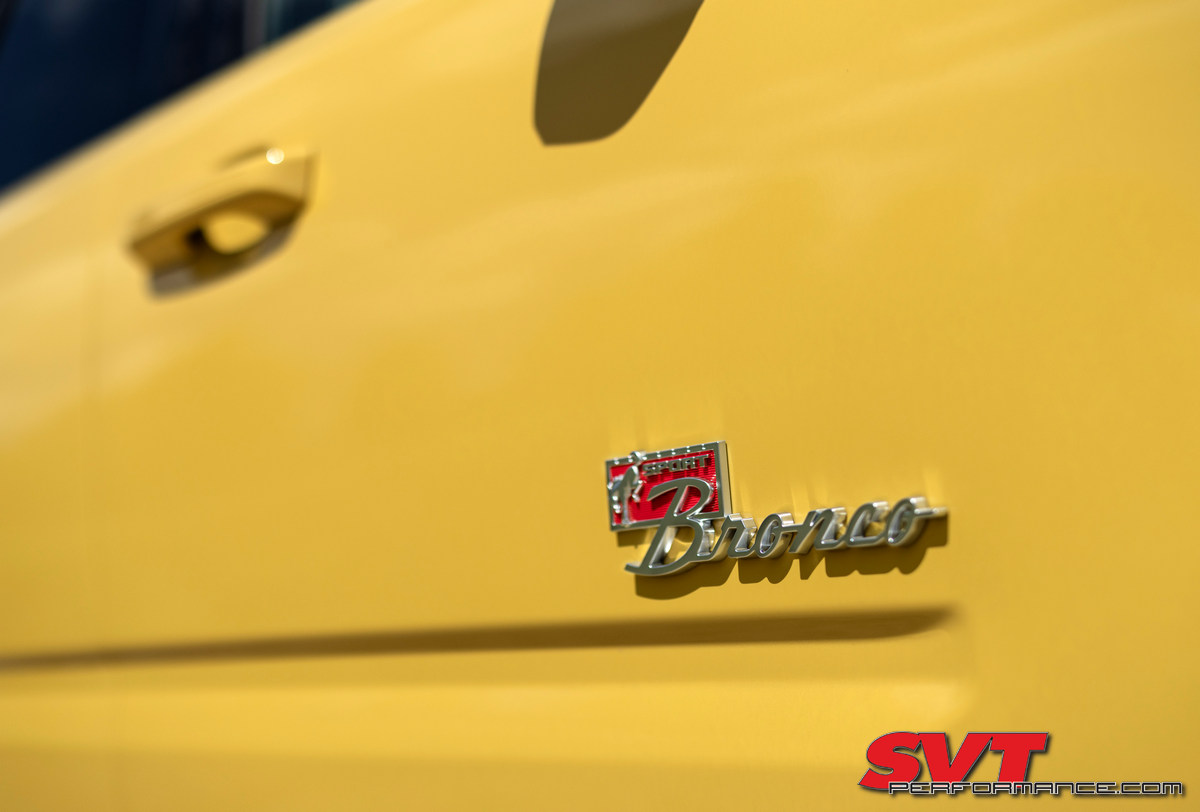 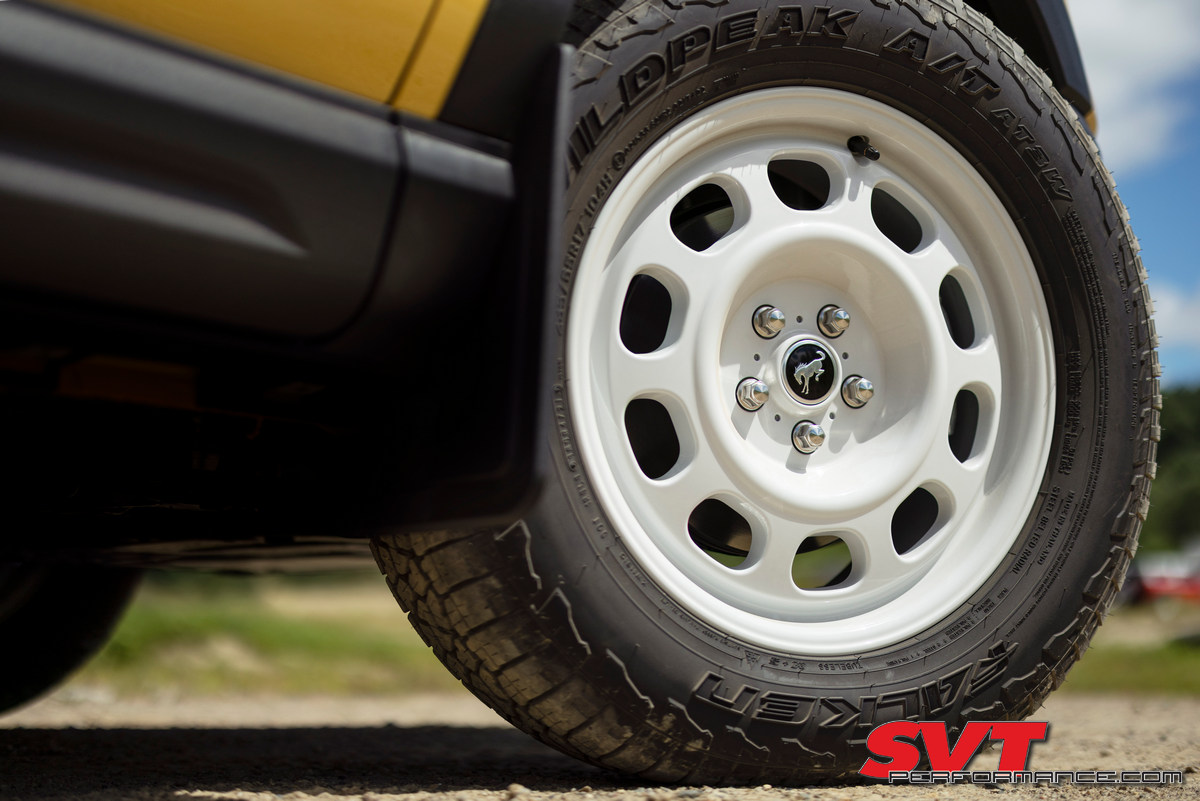 Location
Slithering in the swamps.

Ford is doing this Bronco right.

I'm really digging the wheels on the blue and yellow. They remind me of the old fox 10 holes!

I'm not a truck, 4x4 or SUV guy, but I get this. I understand the concept here. It says Bronco. It looks like a Bronco and pays homage to the original in a classy way.

It's obvious Ford has some smart people running different divisions.

I have no clue who the hell is running the Mustang Mach E division and who is running the Ford Maverick division. Those guys need to be punched in the ding ding and get their S#!T together LMAO!!!

Not a yellow fan, but I do like that yellow with black wheels. I normally hate black wheels, but that just works.

Not bad looking. Certainly has the retro look some buyers are wanting.

Wow I really dig that look on the full-size one!

Well looks like my 21 order will become a 23 and with cyber orange potentially going away, I think I like the red.

So will body colored, painted tops finally be available in '23?

Trying to keep it interesting.
Where’s the Heritage Raptor?

They really are. All four of those Broncos look stunning. There's not a one there that I wouldn't love to ride off into the sunset in. Really nicely done, Ford!

Sadly, you're probably not far off. If only the production/sales could catch up to the design and marketing.

Really liking the White Wheels and the Retro Interior....