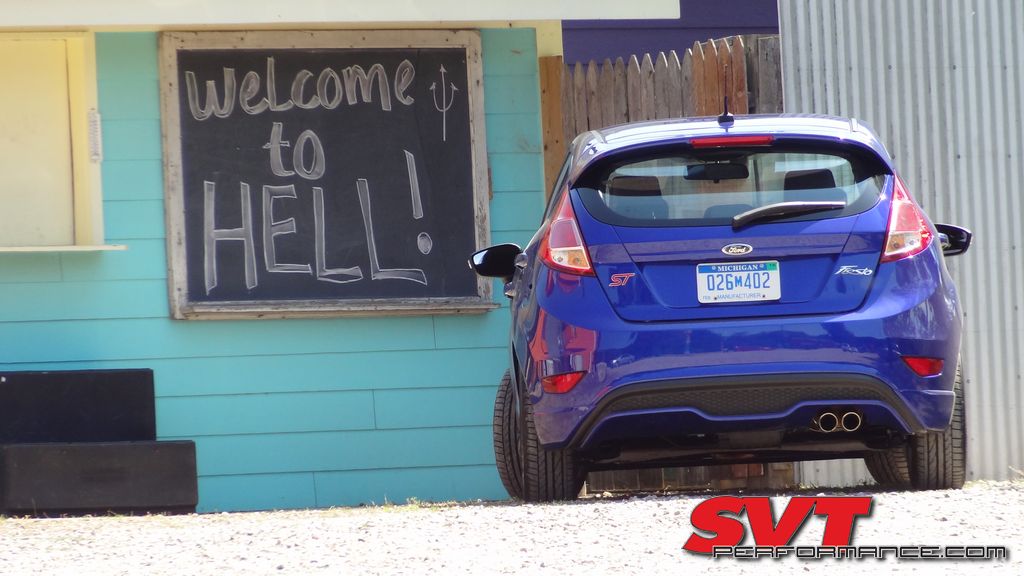 I’m going to let you guys in on a little secret. The Ford Fiesta ST is dollar for dollar one of the most fun new cars you can buy today. However, that isn’t going to be true for much longer. The sad fact is that in a few short weeks the supply for brand new Fiesta STs on dealer lots in the US will be gone. According to SVTP Member @13COBRA, as of 11/12/19 there are only 195 new ones out there. In Ford’s infinite wisdom they have made the decision that the Stateside crowd will not be getting the updated 2020 Fiesta ST model with its heavily revamped interior. So if you want a new one, time is running out and here is why you should care. 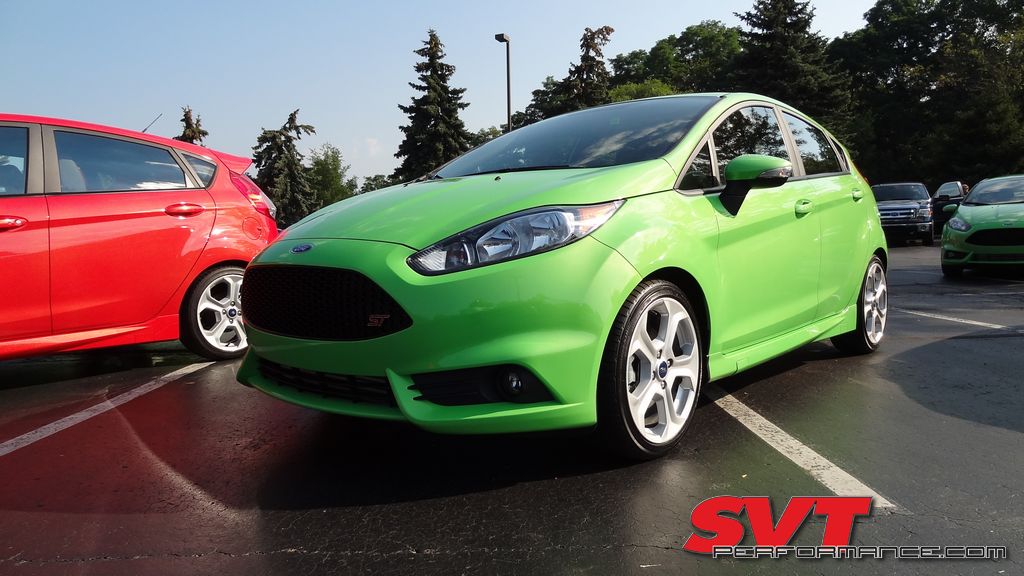 “Life is too short to drive a car that sucks.” That simple maxim is just a fact. So why would you waste your time in something mundane when you could be driving a Ford Fiesta ST? The FiST, as owners have taken to calling it, is simply put has the best dollar-to-fun ratio on the market today. Don’t believe me? Just ask anyone who owns one, or take a look at this thread: 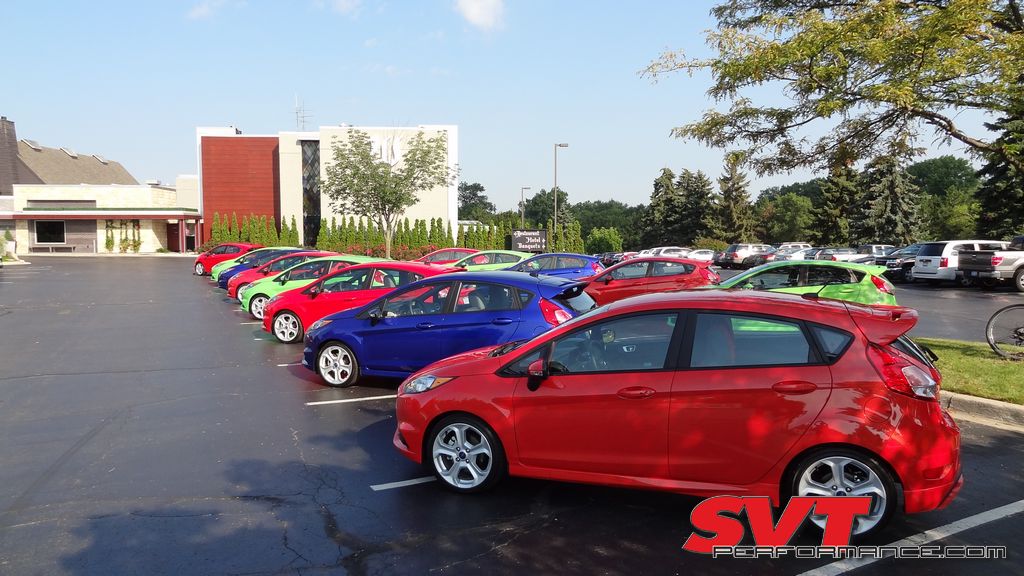 Starting at just $21,340 the FiST is by far the least expensive performance vehicle offered by Ford in the US, but what do you get for that small stack of cash? First, you get the angry little 1.6L I-4 EcoBoost and a 6-Speed manual trans. Then there’s the aggressively tuned suspension, potent brakes, and summer tires. Add in the option of some very nice Recaro seats and you have the makings for something really special. Hell, fully loaded you’re still looking less than $27,000. 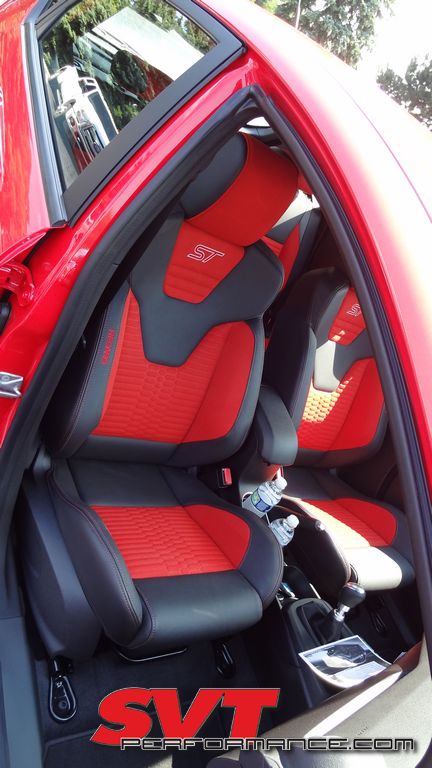 Nonetheless, it’s not just the components that make the car. The best way I can describe the FiST is as a throwback to more raw period of performance. I know this may sound insane to some, but this smallest ST reminds me of the legendary 03-04 SVT Cobra Terminator. Don’t believe me again? Just speak with SVTP Member jojomofo21 (Ryan), since he happens to own both:

Some Similarities: Modest numbers until you start modding, then the sky is the limit. The 1.6L EcoBoost can take a lot of power, and make gobs of torque.

If you love the feeling of a car that's pushing you to find its limitations but still have the time of your life, then buy a Terminator. If you want all the same , minus the alternator anxiety and poor MPGs, buy a FiST.​ 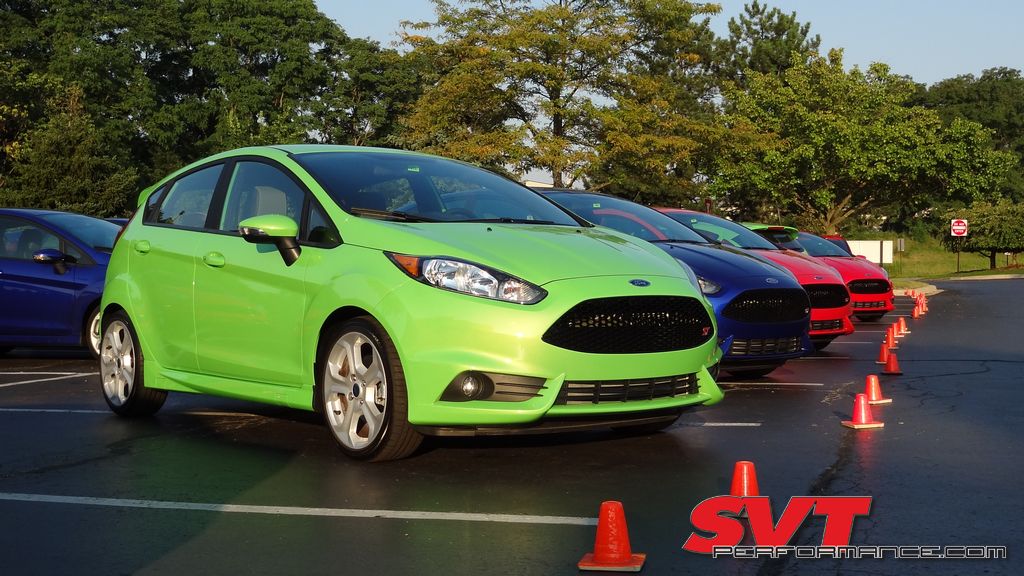 The key to the visceral driving dynamic is two-fold. First, at around 2,700 pounds the Fiesta is very light weight for a modern production car. Second, the FiST appears to have been engineered with a little less regard for NVH than most Ford Performance vehicles. The engine is a bit rougher, the suspension is somewhat harsh, and brake pedal is very firm. This all adds up to a car engages the driver in a way that no other reasonably priced car can match. You can feel the car working through all the surfaces you touch. The steering in extremely precise and the power is surprising. 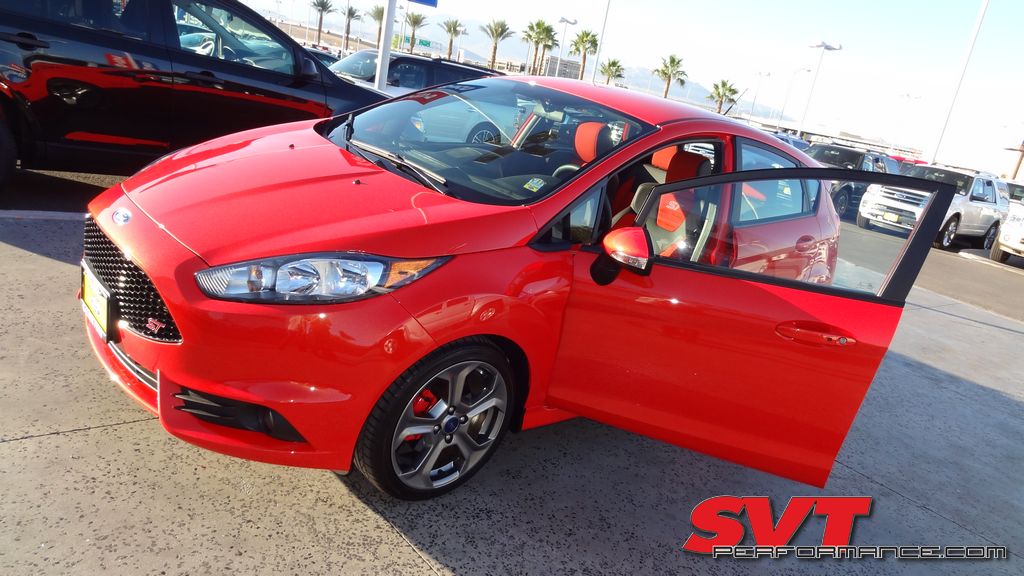 However, if you really want to kick your driving experience up a notch you’re going to want to start adding some mods. Over the past few months we’ve been doing just that to our SVTP 2015 Fiest ST project car. Our first round of mods were fairly simple. We added a Magnaflow Catback for a modest increase in exhaust tone, and a Montune shift reduction kit for quicker gear engagement. From there it was time for a CP-e cold-air-intake, which added quite a bit of turbo sound. All the work was performed at Pro-Dyno in Hope Mill, SC. There’s something very satisfying about an occasional ‘whoosh’ and from compressor flutter. But the pièce de résistance of any EcoBoost mod package is the tune. 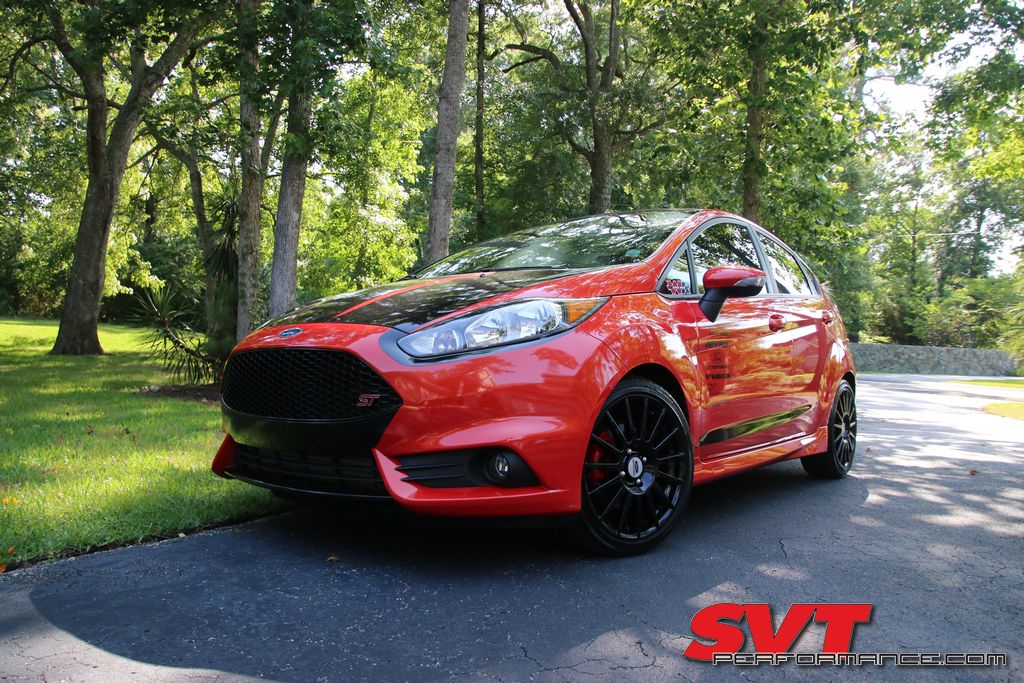 For our Fiesta ST we turned to Livernois Motorports, and their owner/tuning guru, Dan Milan. We had also used Livernois tunes, with great success, on our 2015 EcoBoost Mustang project car. With the FiST Dan once again knocked it out of the park to the tune of 208HP and 263lbft with just the above mentioned bolt-ons. 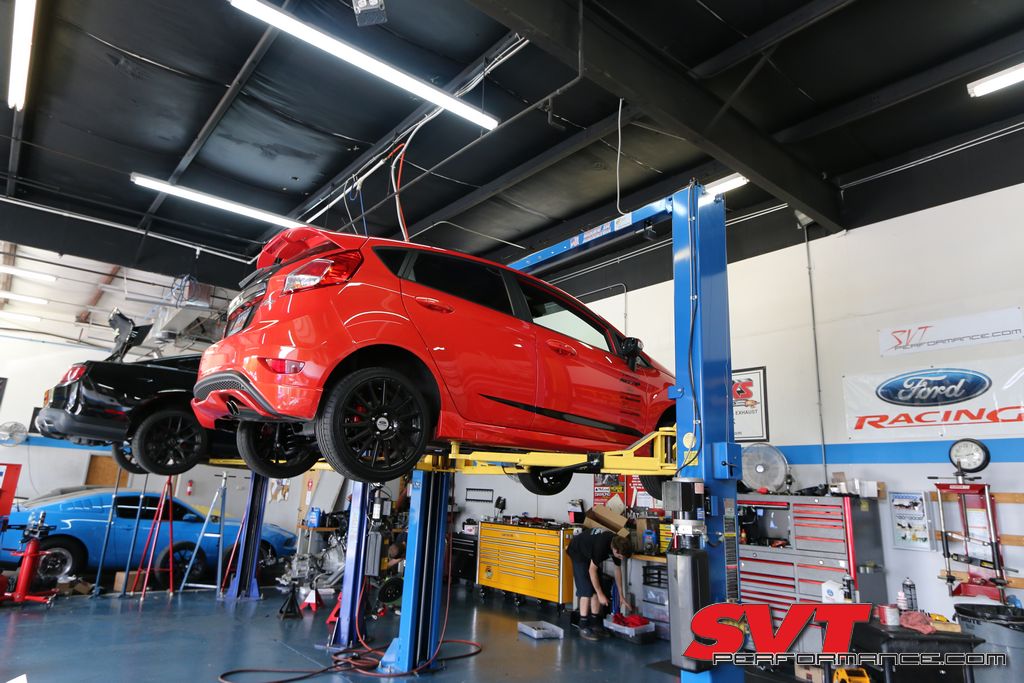 So that review brings us up to present day, and the start of what I have dubbed ‘Phase II’ of the FiST mods. It’s time to get a bit more serious, so we’re going to be adding a downpipe and intercooler from CP-e and various goodies from Mountune. I suspect there will be a big turbo and brake upgrade in the not too distant future as well. 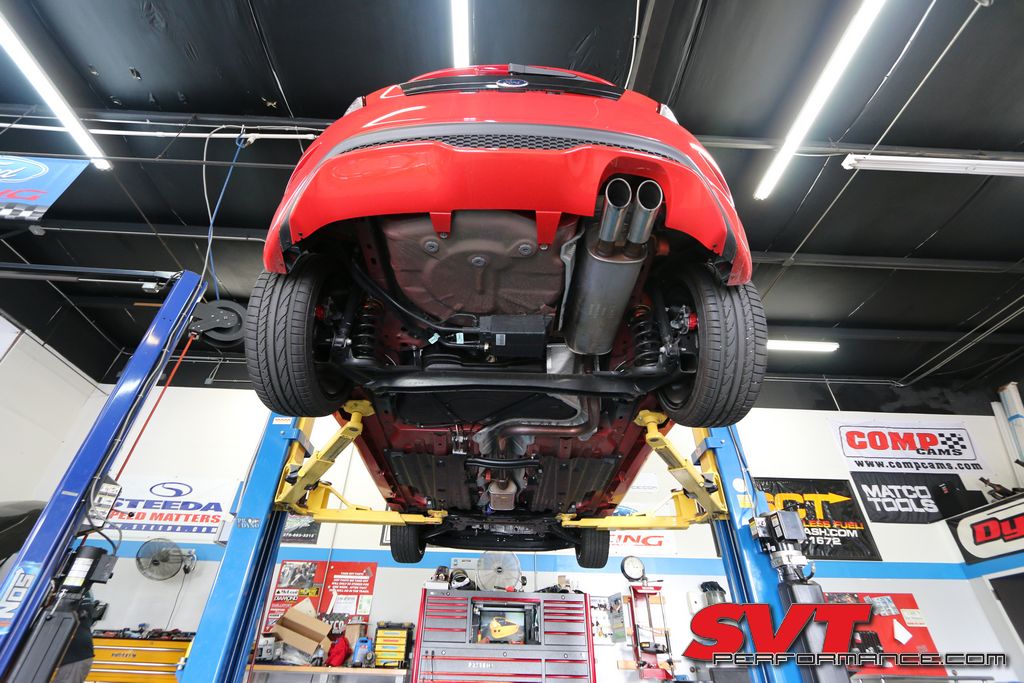 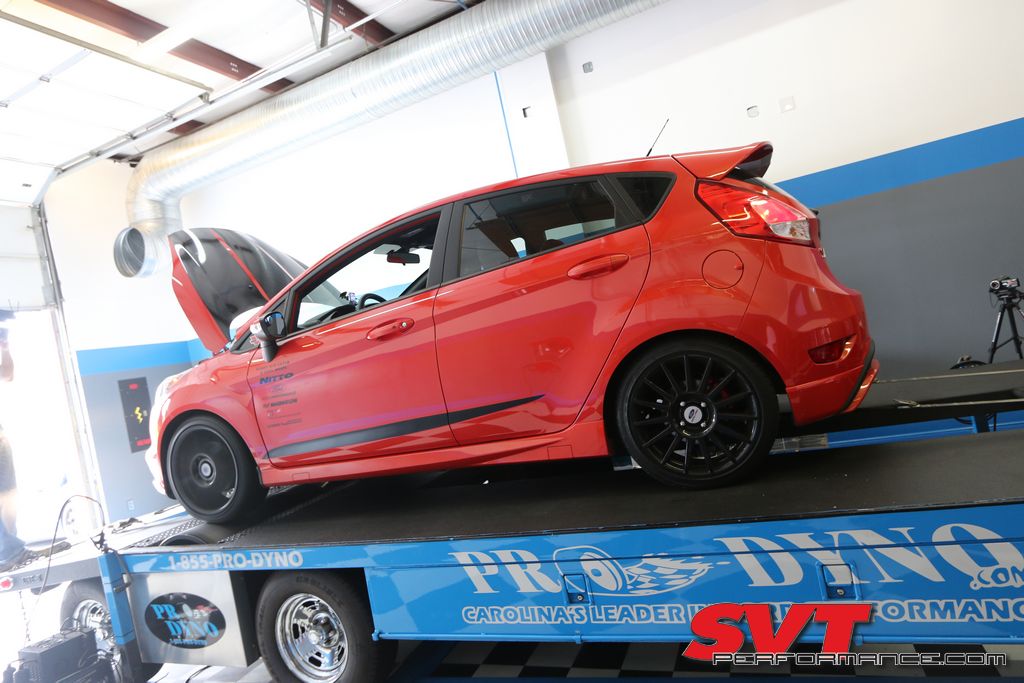 I love my FiST

With small cheps. Mods, it's an absolute blast as DD.

If you can physically fit in it, it's a great car 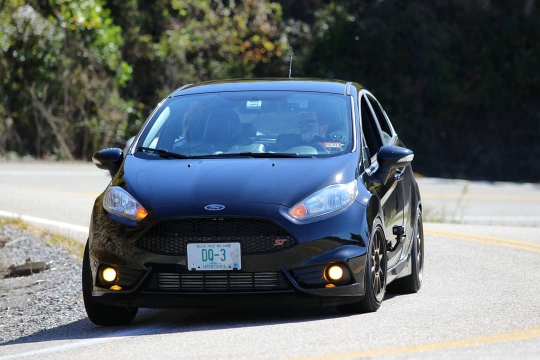 Sent from my SM-G975U using Tapatalk
Man idk i might be in the minority here but I hated my FBO 15 FiST, id much rather drive my GT500 or RS no comparison, Id never buy another FiST in this version.

96gt02 said:
Man idk i might be in the minority here but I hated my FBO 15 FiST, id much rather drive my GT500 or RS no comparison, Id never buy another FiST in this version.
Click to expand...

Definitely in the minority.
I'm on my second ST, and would buy another if the timing were right. As it stands, I still want a GT350, a new Wrangler, and a C8 Corvette. Great little cars!

PhoenixM3 said:
I'm on my second ST, and would buy another if the timing were right. As it stands, I still want a GT350, a new Wrangler, and a C8 Corvette. Great little cars!
Click to expand...

I know a guy...
I was actually online the other day looking for a new one but couldn’t find any with Recaros that were somewhat local.

Plus I want another new GTI...

Gonna have to decide on one soon enough.


Sent from my iPhone using svtperformance.com
$27k for the vehicle? No thanks. The used prices are extremely enticing though.

SolarYellow said:
$27k for the vehicle? No thanks. The used prices are extremely enticing though.
Click to expand...

You buying it in Canada? I don't know where you'd have to pay that much.

SID297 said:
You buying it in Canada? I don't know where you'd have to pay that much.
Click to expand...

I'm just going by the article that says a full loaded one is in the area of $27k. Last December I was looking and brand new were being given away. I kinda wish I jumped.
It would need Recaros, but no sunroof.

SolarYellow said:
$27k for the vehicle? No thanks. The used prices are extremely enticing though.
Click to expand...

Last Xmas I watched a few, brand new for even less. Granted some were in Kansas and Virginia but the prices were cheap.
I really want one, but I'm not in the position to do it.

It sucks because I know if I bought one I could probably drive it for 3-4 years and sell it again for what I paid.
There are times i miss mine. 2019 with nav and recaro would be the way to go.

Allen, that paint color you had was nice on the FiST. 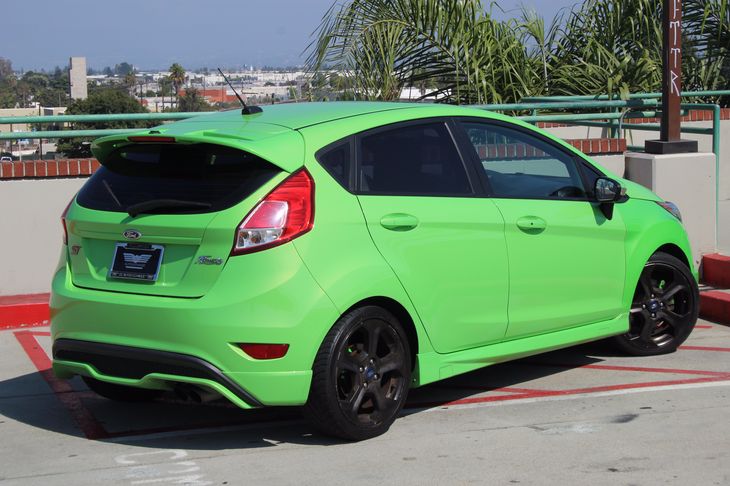 Intervention302 said:
I love my FiST

With small cheps. Mods, it's an absolute blast as DD.

Sent from my SM-G975U using Tapatalk
Click to expand...

I’ll give you $38K, sight unseen.
Having rocked a FoST for the last 6 years, I'd love a FiST. I just wish they came in the 2 door version that is in Europe. Those are sweet little cars.
I just bought a 16 Golf "R" DSG. Had it tuned at United Motorsports and puts down 350 whp! Thing rips! And its AWD so perfect DD for winter. Big Turbo kit coming. Should make 550 whp.


gimmie11s said:
Plus I want another new GTI...

Gonna have to decide on one soon enough.

Maybe if the car wasn’t so hideous.