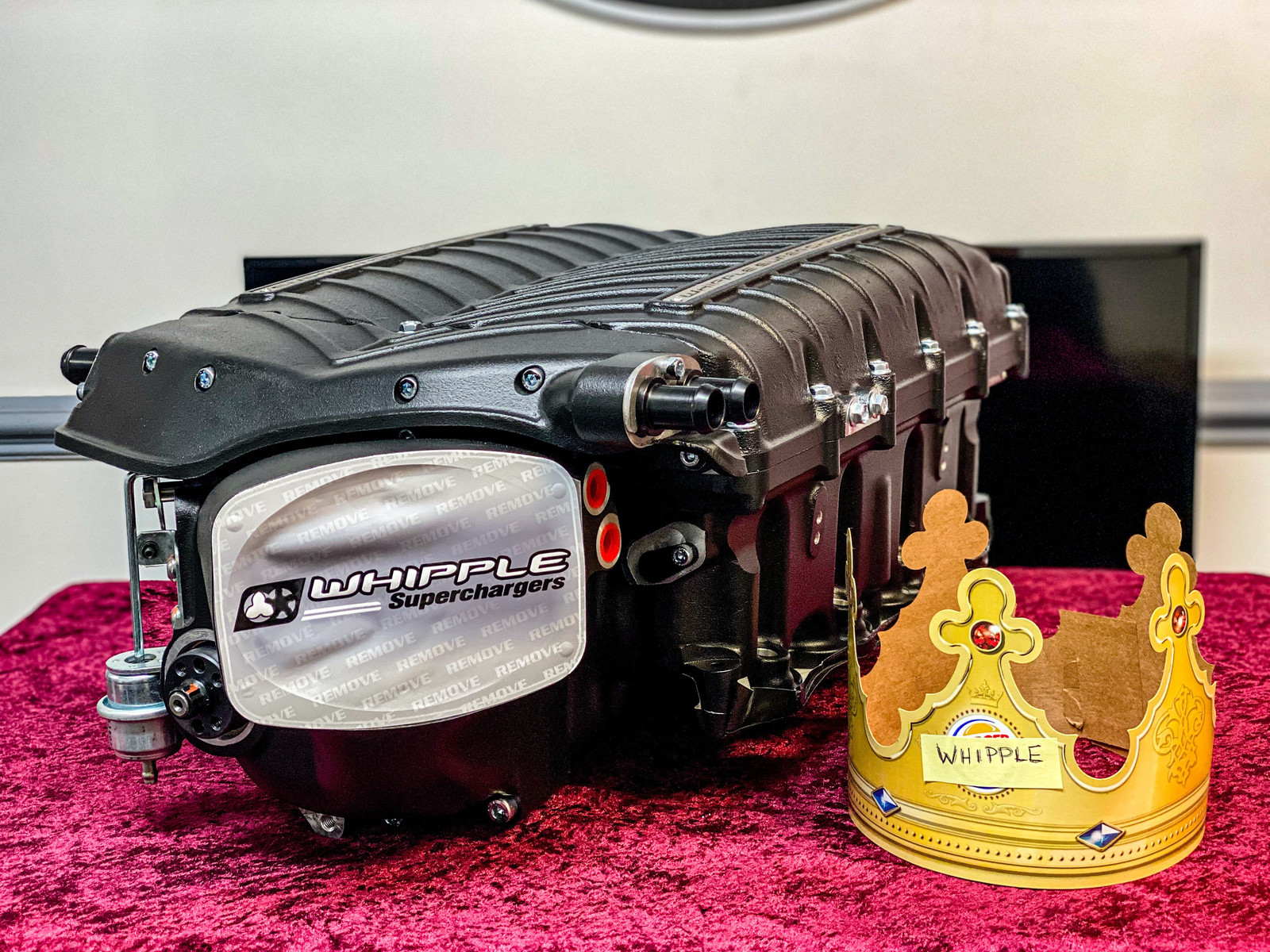 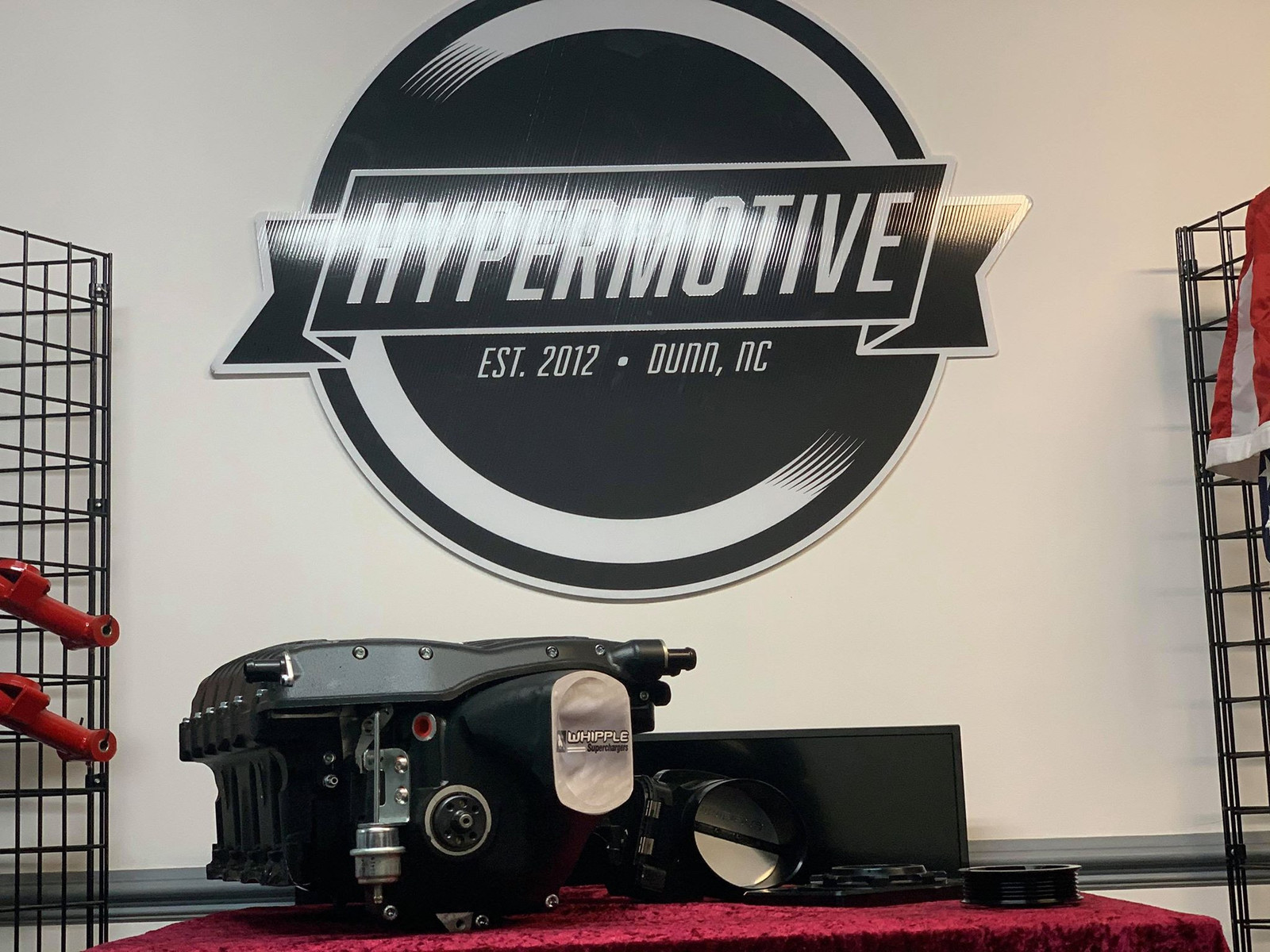 When I picked up the E-force, I went full-retard on it with options. Stage 2, larger throttle body and 8-rib upgrade with a 15% OD balancer. But the issue I ran into right away was that I only did injectors and a fuel pump swap as I wanted to keep it on 93. Because of this, and seeing about 13-14lbs, and I was running out of fuel around 6500rpms. With Lund doing the tuning, he kept it as safe as he could which I thank him for doing. For this system to really see its true colors, I would need a return fuel system swap and corn. This was something I just didn’t want to do at the time as I just wanted to enjoy this car. I was able to produce around 680rwhp with it, which was more than enough but I did have a limit. I could have thrown some octane booster in it and had it re dynoed for it but to me, it just wasn’t worth it. When we first tuned it, the 93 I was using wasn’t any good either. So, I had to fix that as well. Once I get fresh fuel, it did perform better but was still limited in rpm. All in all, this blower was still a lot of fun to me. I enjoyed the instant boost-hit on the back roads and driving around. It was just too much of a high hp oriented system that I did. And before anyone ask, with the E-force, you can’t do a 8 rib system with factory size balancer. 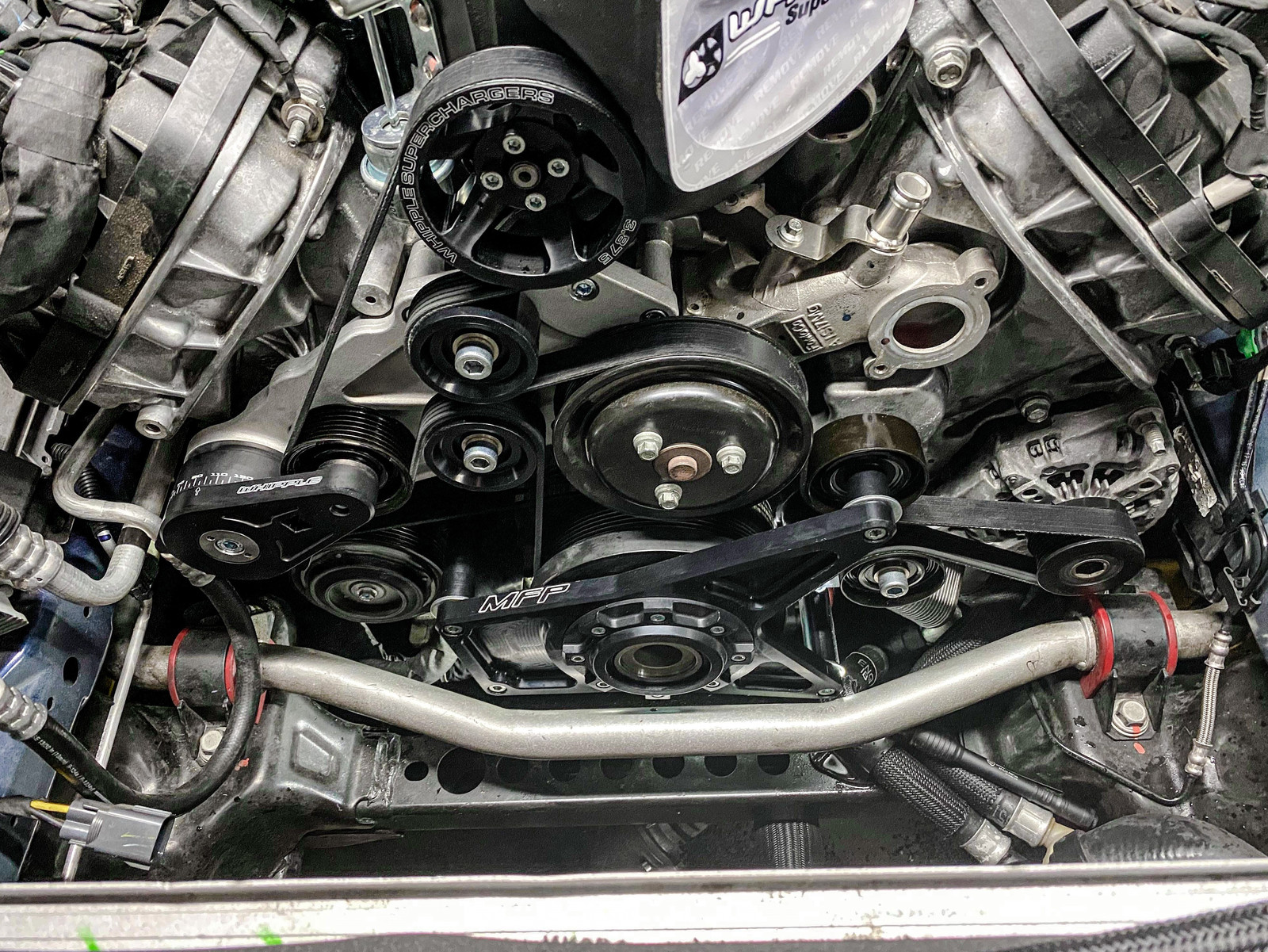 Now fast forward to me moving to South Carolina as I work here at LTH Exhaust in Spartanburg. I discovered this thing called mountain roads that got me hooked! I love my drag racing and it’s in my heart but with this car, this is the style of driving I only want to do. Not road course but just fun back roads. Every time I went for a drive, I learned new things about the car and had to make changes. I got with my friends at Steeda and BMR and changed my whole suspension over. I also upgraded my front brakes and added better tires, etc. I found myself a new hobby. Routes like the tail of the dragon and roads like this became my happy place. Now I ran into another issue was how the boost came in while coming out of the turns, It was hitting to hard and I spent more controlling my steering. Plus with wanting it keep the RPMS higher, it had a smaller window to use due to fueling. With the rear 3.55 gears and 18+ MT82, my RPMs were hard to find so I spent much of my time going from 2-3 and 3-2 while trying not to lug down the motor. 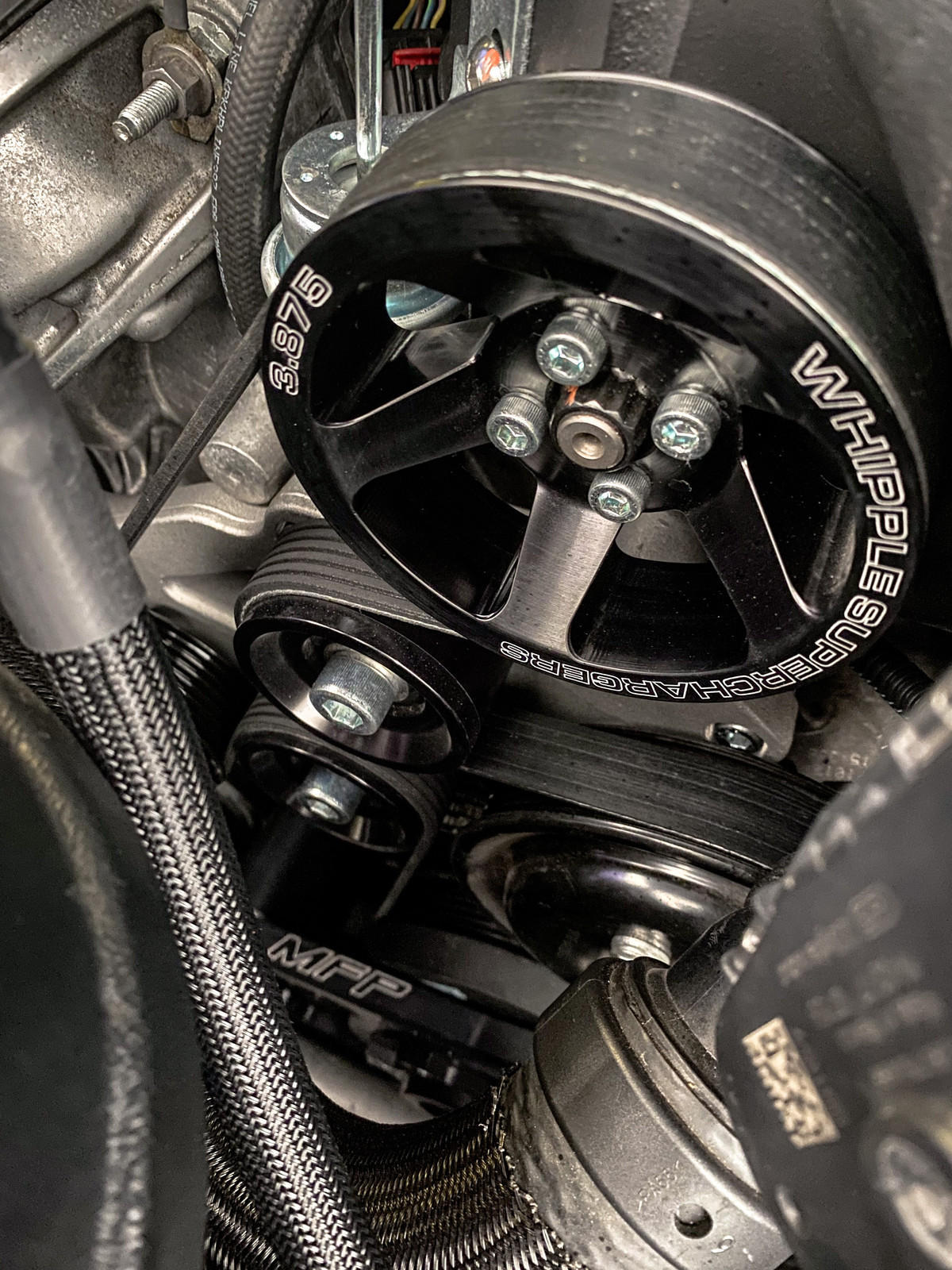 I started speaking to Lund Jr and Nick from Whipple Superchargers about it and this quickly became the way to go. Jr telling me I will enjoy the driving experience more and over-all power while Nick was setting me up for success on what options to go with, I got excited. We decided because of the style of driving I do, The Gen 5 Stage 2 with the 132mm Throttle body and larger Heat Exchanger on a 6-rib was all I needed. I am keeping the same fuel system and on 93. Yes, I will eventually swap to corn and the DW fuel system, but this is fine for now. Car is seeing maybe 10lbs using the 3.875 pulley. Car already has other supporting mods like LTH Exhaust headers, Boundary OPG and sprocket, etc. We figured this would be a good starting point with the car and see how it behaves. Stacy who runs Whipple’s media side of the business and to me one of my oldest friends in the industry, has been a huge supporter since the beginning. When I first mentioned the swap, she gave me her side of it and the stars started to line up. Personally, I want to thank her from the bottom of my heart for the help she has shown to me over the years and now that I get to be apart of the team for the company she works for, it means a lot. Some may laugh but when you find trustworthy people, you hold on to them. 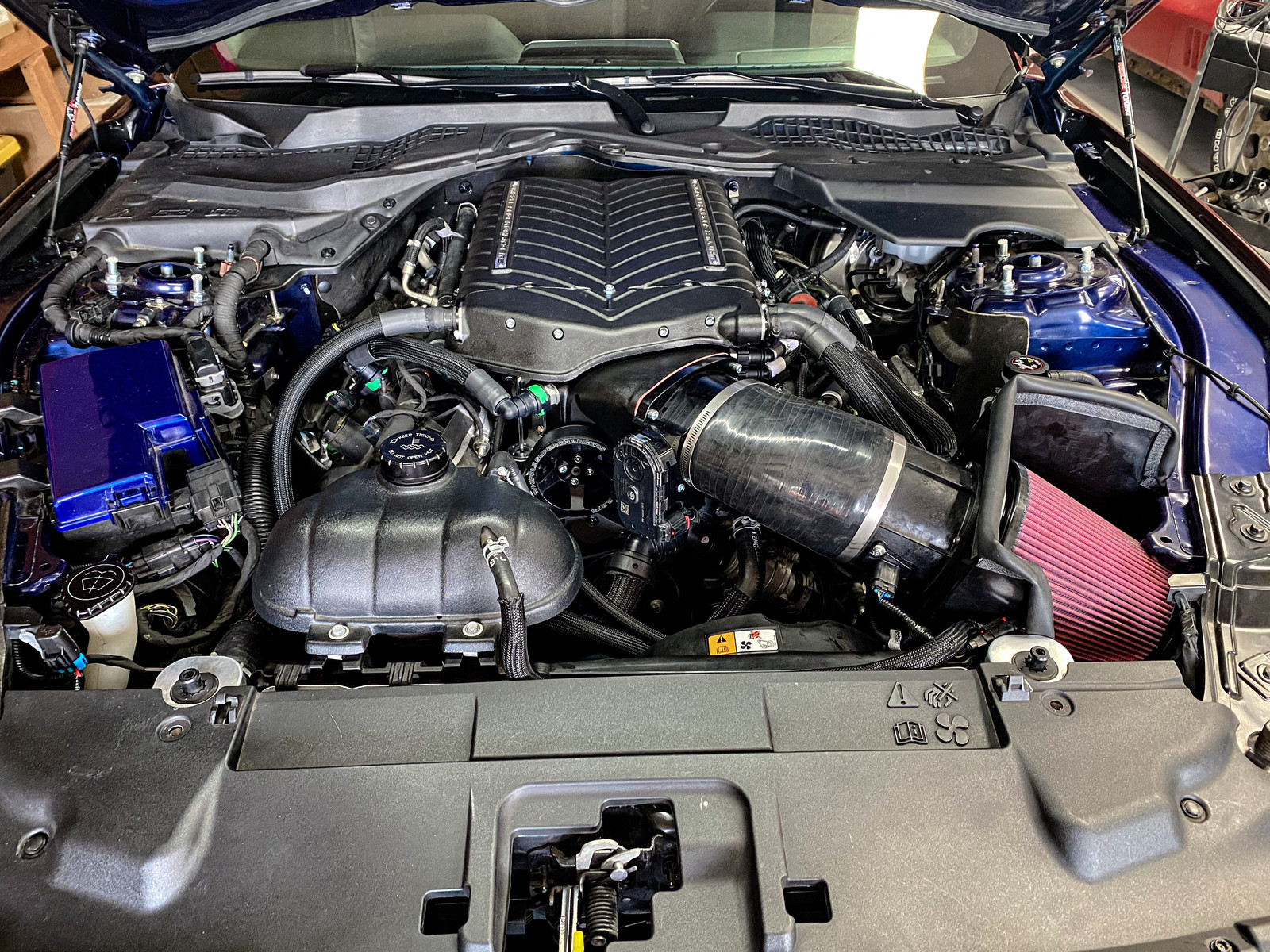 When the time came to get this installed, I reached out to my good friend Jason who owns Hypermotive Performance in Dunn, NC. Adam, there lead tech did a great job on my OPG and sprocket install last year, and I wanted to support old friends. I brought the car there recently, dropped it off, and let them do their magic. When it was installed, I also added the new 6-rib MFP Crank support bracket. I know I won’t be drag racing this car, but I wanted the extra security and not worry about a walking crank bolt which I have seen in the past. I want to thank Mike from Paramount Speed for the great deal on it. It took them only a couple days to get it all taken care of and ready for some dyno tuning by Lund Racing. Being Hypermotive has a in-house Dyno Jet there, it made it very easy for this project. They started with drive-ability which was locked in quickly. Once we got her going WOT on the dyno, Lund got this car where it needs with a blink of an eye. The time they have put into tuning these setups paid off. I can’t thank them enough. On the dyno, it put down 700 / 583 at 7200rpms STD. Which is WAY MORE than enough or I will ever use. So now I have full rpm range with good fueling. 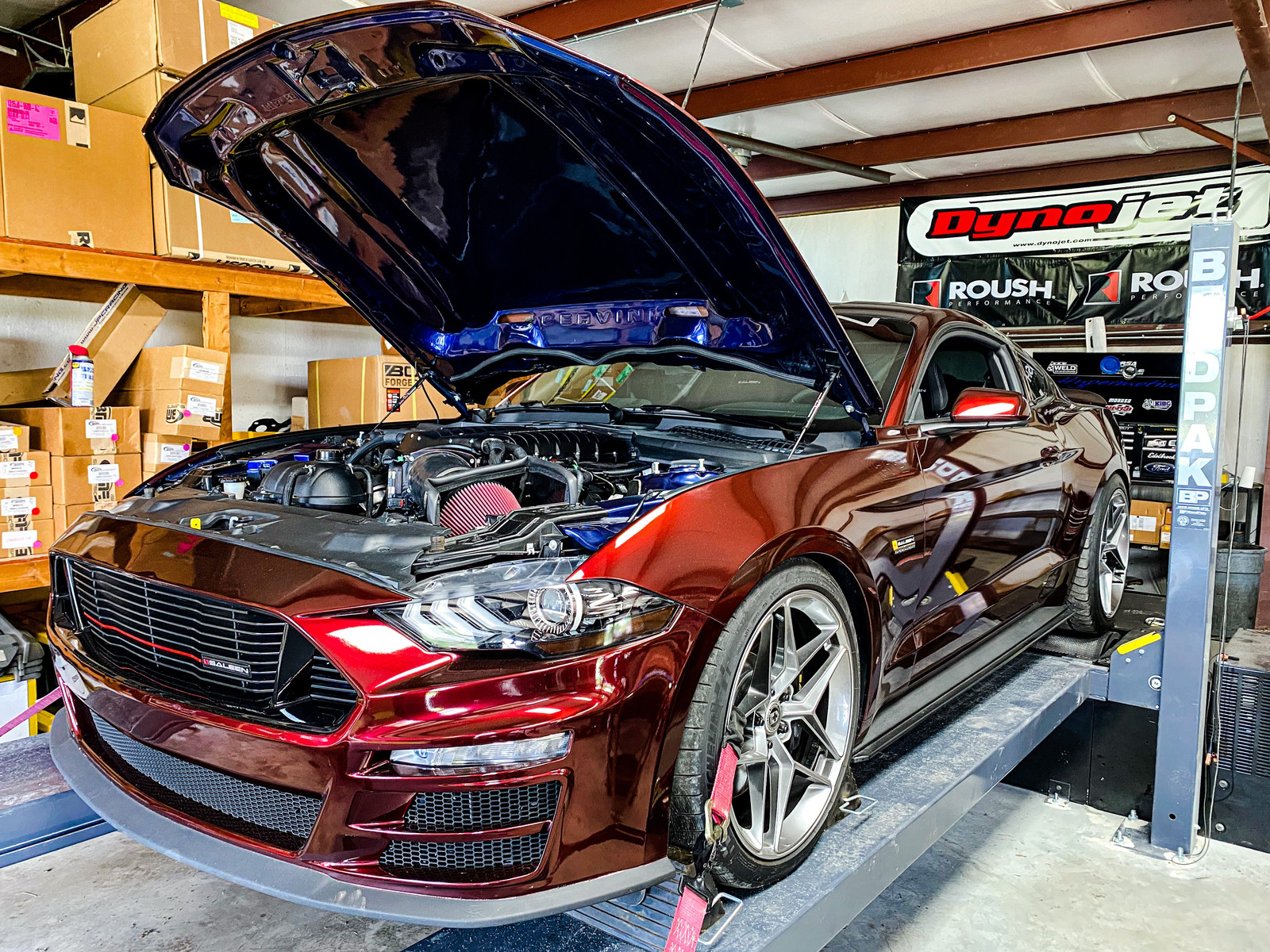 Once it was finished, it was time for the first test drive, and this is where I really want to explain a few things. I already mentioned what I liked and how the E-force behaved and that I was very happy. The Whipple driving literally made me think I bought a new car. The first thing I noticed is that it drove even better than before. The normal cruising around felt like I was driving it when I first bought it. It felt like a stock car. Now, with going into boost, this is where I really raised an eyebrow. This wasn’t the all-in or nothing feel but a linear style of acceleration. What I mean is that it was way smoother while building boost and to me, was more controllable. I noticed it needed more RPM then I was used too which personally, I like it. Once everything was done, I drove the car home which was a 3hr drive. This is where I messed with it more. Had some back roads and highways so I get to see it during different gears and speed. I still stand by what I said that the car feels stock. When you tip into it, this is where the boost sneaks up on you. Had to slow down a bunch of times because you don’t realize you are going that much faster. All in all, it was a very relaxing and enjoyable drive home. I plan on going back into the mountains soon to really see the difference with the new style of boost and really push it hard in the turns. As I said before it will be a learning curve again, but I can’t wait to do it. I have a feeling though I may downsize a pulley soon. Lol

Video link:
So, with everything said, I am happy I made the swap due to the major difference for the style of driving I enjoy doing. I am happy I get to support friends even more. I want to again thank Nick and Stacy from Whipple for the support with this and getting it taken care of. Jason and Adam from Hypermotive for the install. Mike from Paramount Speed, Matt from MFP, and Lund Jr. for his great tuning.


Thanks for taking the time to read this everyone.
#BlowerKing

Active Member · From Florida
Established Member
Congrats! No idea if ill ever be able to go balls to the wall with my Shelby. If I do, I think I'm going with Whipple.
Good review.

RedVenom48 said:
Congrats! No idea if ill ever be able to go balls to the wall with my Shelby. If I do, I think I'm going with Whipple.
Click to expand...

You will enjoy it. Esp on a Shelby.

speeddemon2000 said:
Nice setup. How much boost is your setup making?
Click to expand...

MrAjsTech said:
Awesome! And that crank support is sweet!
Click to expand...

Yeah, they did a great job with it.

Thanks!
Very nice write up and explanation. Glad your enjoying the car on the backroads.

me32 said:
Very nice write up and explanation. Glad your enjoying the car on the backroads.
Click to expand...

Thank you.
Good read
Good read, thanks for posting.
Thanks guys.
Glad you got the correct fit for you. We have similar setups. I’m just A10 on e85/3.625/Fore. Enjoy!