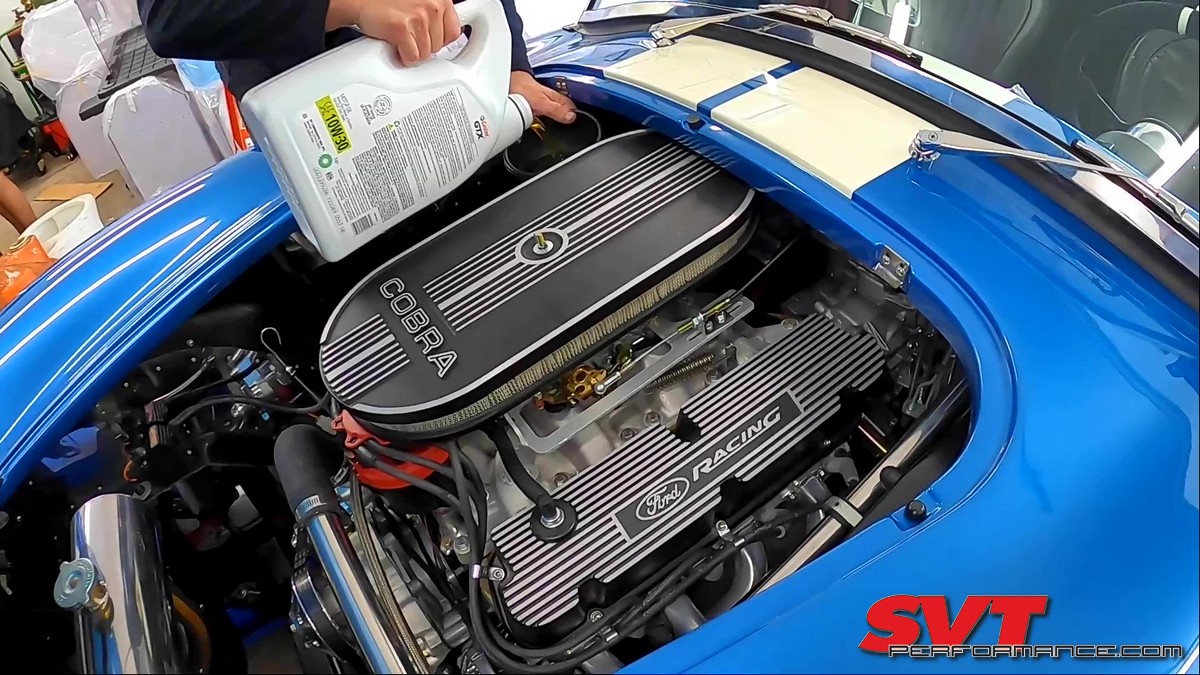 Sometimes you just need to get out in the garage and turn some wrenches with a couple friends. I consider it therapy for car guys. We all deal with the stresses of day-to-day life differently, but for me the calming effect of some basic automotive maintenance can’t be beat. Now if you really want to kick it up a notch, add a 427 cube SBF powered Cobra kit car to the mix.


Check out the weekend wrenching fun and a tour of this Cobra kit car. 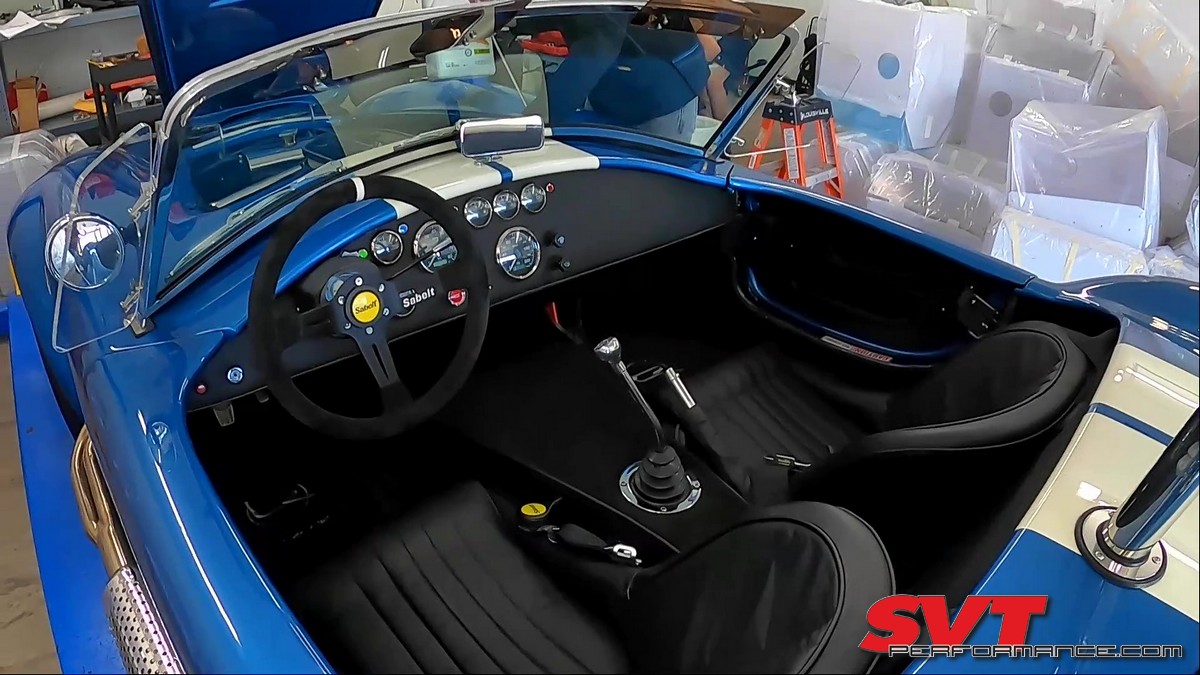 This interior is not exactly tall guy friendly.​
Recently, I was passing through the Augusta, GA area and made a stop by MGW Shifters. George and long time mutual friend Rich were there going over George’s newly delivered Cobra kit car (I don’t remember the particular make). We wanted to knock out a basic oil change and make sure all the suspension hardware is properly torqued. This is a hand built custom car, and no one wants to find out some random bolt is loose while airing it out in a tight curve in a car with a 90-inch wheelbase. 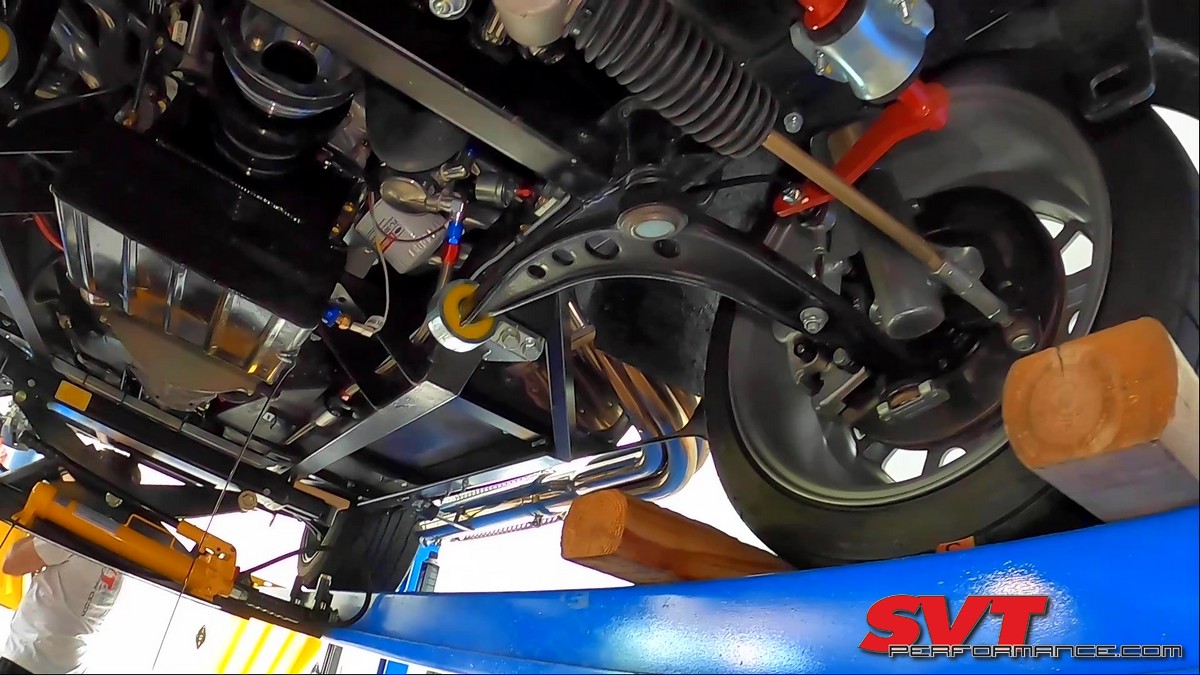 These cars are surprisingly simple, these homemade wheel chocks probably cost a small fortune. ​
While inspecting the rear suspension componentry we noticed one of the CV shaft boots had came loose and slung grease everywhere. In the best of circumstances the boot clamps used by the builders had about the same amount of clearance as the points on an old-school distributor. The factory one on this boot engaged auto-clearance-mode and decided to self-delete, resulting in the mess we found. A little bit of clean-up and metal zip-tie later we were back in business. 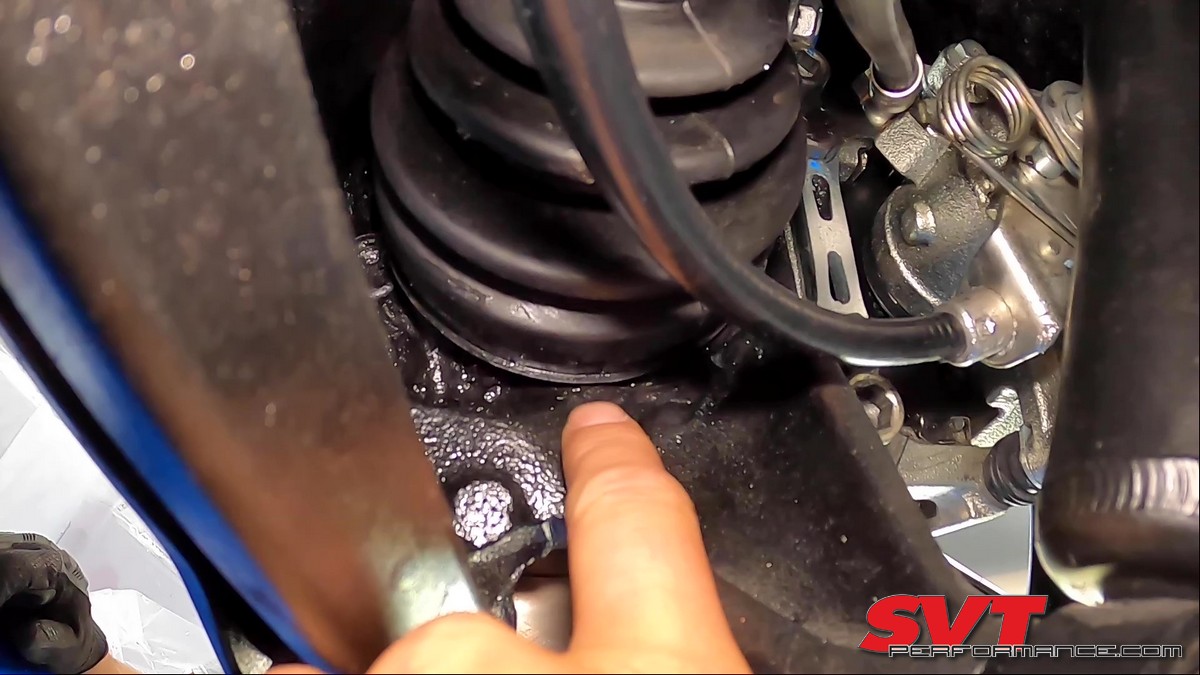 There's where the self-terminated clamp should reside.

Everything else went pretty much as planned. We worked on the car, shared scathing insults, ate some bubble-gut inducing fast-food from Sonic, and took the car for a rip. Good times were had, a project was completed, and steam was blown off. Not a bad day in the shop. The best part of all? George paid for the burgers. Thanks George. 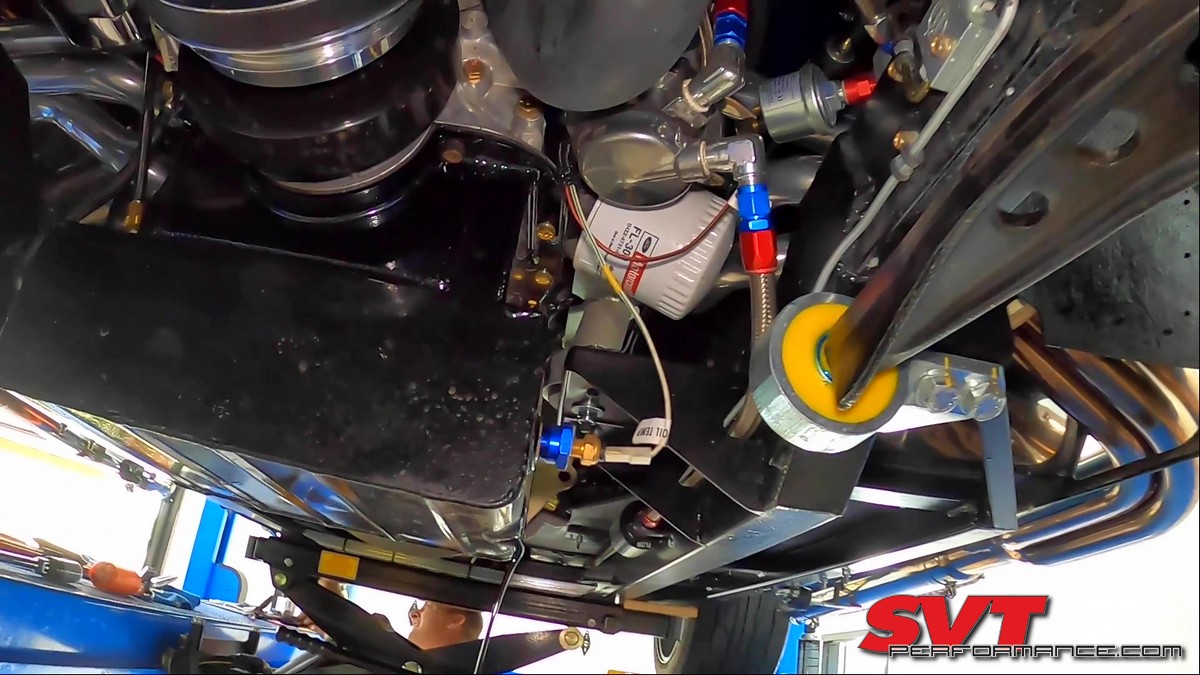 I was somewhat surprised to see a mechanical fuel pump on this build. Hard to argue with reliability though. 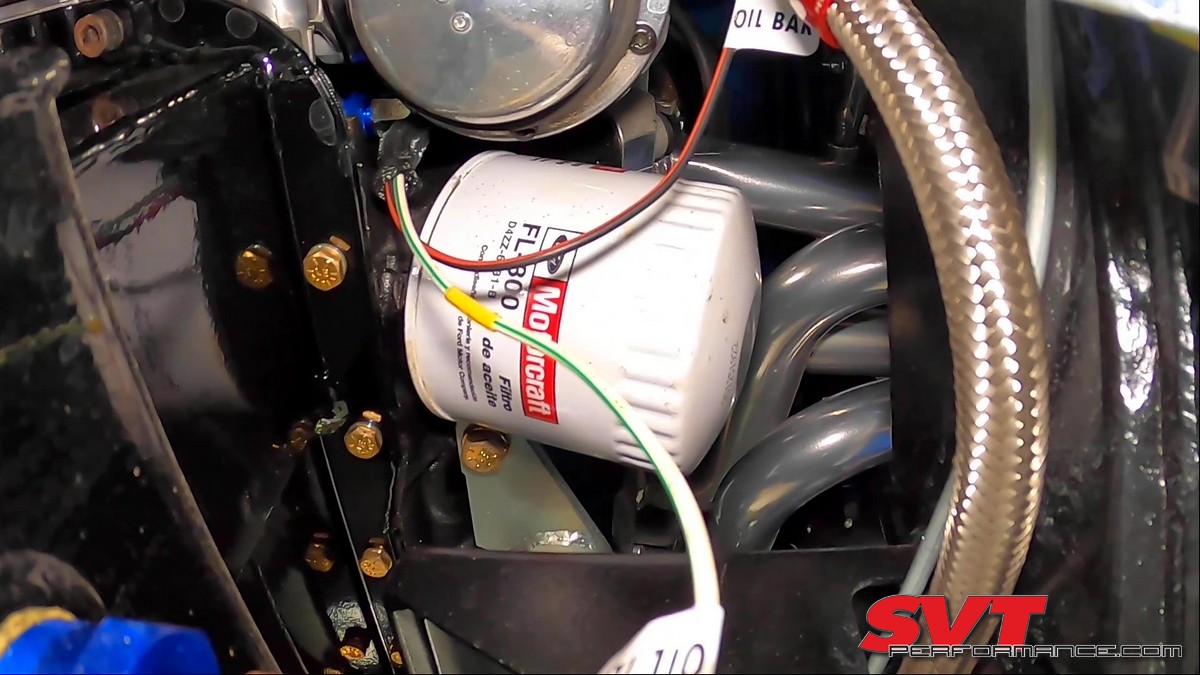 Ever heard of a Motorcraft FL-300 oil filter? It's basically a shorter version of an FL-1A. 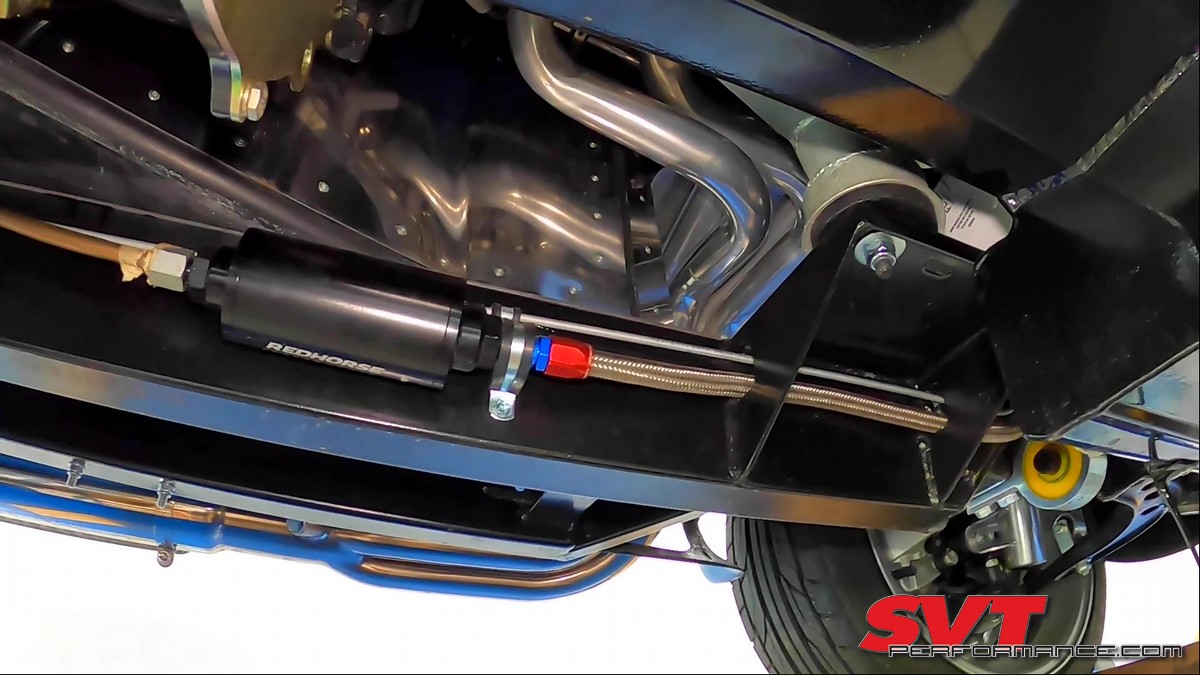 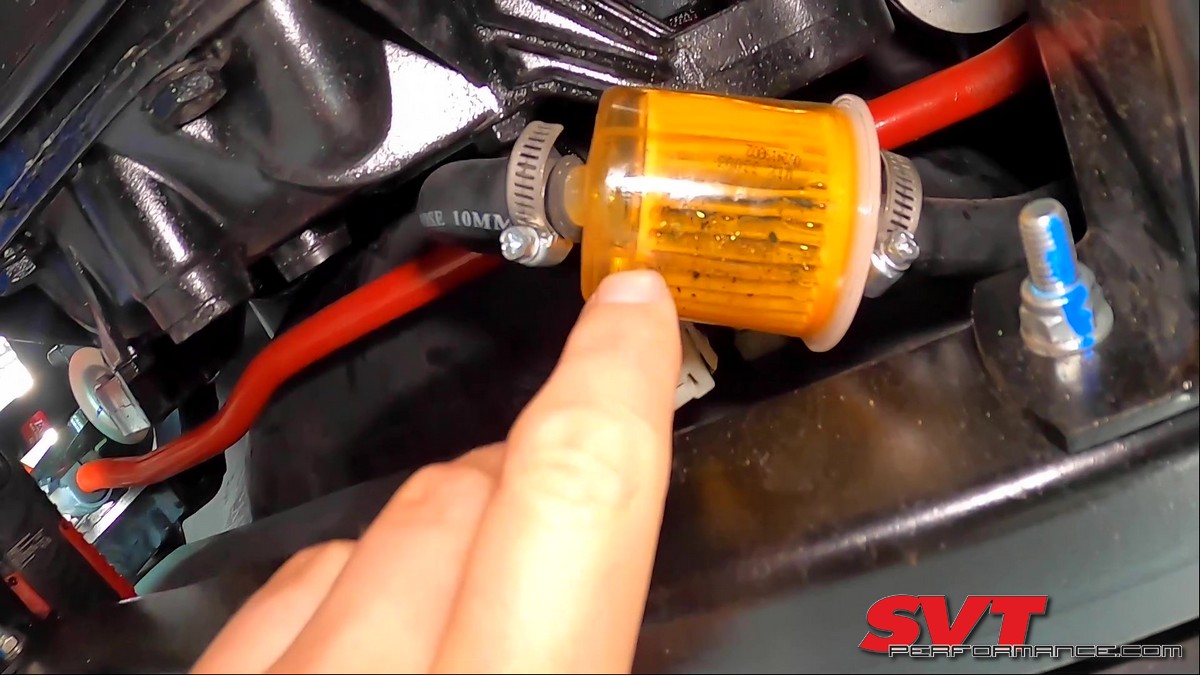 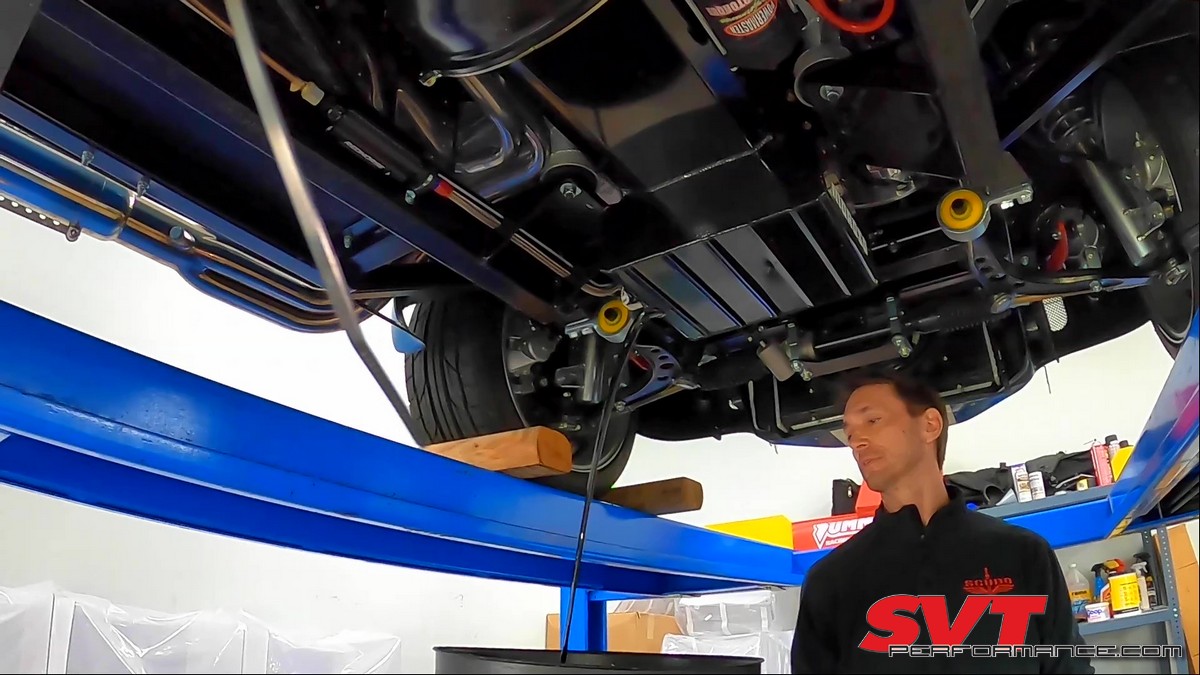 Have you ever seen anyone look so disgusted with his used oil?​
-SID297

Missed seeing that car. Some of what I see is a bit disappointing in terms of hardware for sure. Regardless, thanks for the laugh Travis.

Inslee is an Idiot

I have done a ton of Superformance Kits. I have seen quite of few "other" kits. The Backdraft Racing ones are nice. They use BMW suspension underpinnings. The Factory 5 is the entry level kit, and it shows. Especially when they sit side by side with a Superformance or Backdraft Racing kit.
Click to expand...

Tell me more. I'm interested in building one of these kits in the very near future and would like opinions.