What is your daily beater? Do you enjoy it?

Fivehoe's post from the other thread got me thinking:


FIVEHOE said:
After owning a benz, I do not enjoy driving my mustang nearly as much as I did before the benz. Such a nice ride, such nice comfort features, the torque on the turbo'd benz's is nothing to scoff at.

I'd imagine the Audi is pretty comparable. After owning a Benz I don't think I'll be able to go back to not having something comparable.
Click to expand...

I actually concur with Fivehoe on this. I picked up a 2009 Lexus IS350 with the luxury package for $7200 from a family friend who needed a bigger sled after having his 3rd kid. After having it as a daily for 2 years it now has 112,000 miles and still runs beautifully.

It has also spoiled me in that it has a great array of creature comforts (heated/cooled buttery leather seats, backup camera, sunroof, easy touchscreen interface, ect) as well as decent pickup at 305hp.

Probably my favorite part of all is that I give zero ****s if scratches or small dents were to occur (its black/black and very clean inside and out) since I paid so little for it, whereas i’d be annoyed and it would bother me if that type of thing happened on my old C6, Cobra, or just about any of the other 30+ cars ive owned. I've looked for a reason to eventually sell it and get into something else as a daily beater, but haven't found anything that fits the bill quite like this does-so for now it stays.

I’m ordering the Traverse as soon as I hit 60k miles.

u even lift bro?

Sent from my Moto E (4) Plus using the svtperformance.com mobile app 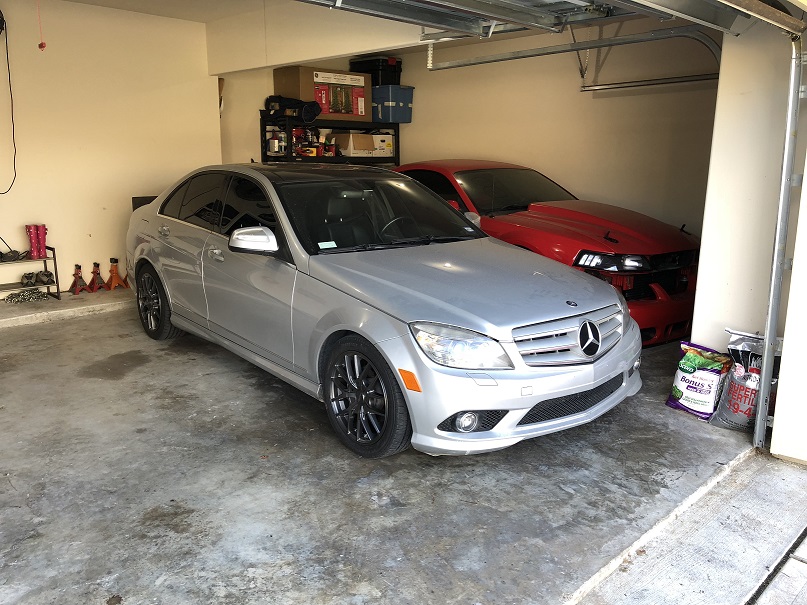 Location
In the 427R

00 Silverado Z71, 214K miles and counting. I’ll never sell it. Currently in the process of acquiring an 01 Cummins with 373K miles that will be my slightly new daily.

Location
In the 427R

Recon said:
00 Silverado Z71, 214K miles and counting. I’ll never sell it. Currently in the process of acquiring an 01 Cummins with 373K miles that will be my slightly new daily.

Sorry, I need to expand on this. As almost everyone knows the usefulness of a truck is; this thing has fulfilled every task I’ve given it. It’s comfortable for my size (6’2-3), I don’t beat on it or drive it hard so mileage isn’t bad. The cloth seats aren’t hot in summer or freezing in the winter. The cheap plastic interior has held up nicely, occasionally something rattles. If something breaks we fix it, and hardly anything has gone wrong with it (knock on wood). We’ve owned it since 50k miles and the truck has more than earned its permanent stay in the stable. I do have a plan if the little 5.3 craps out, which isn’t likely (again, knock on wood). Plan is C5Z LS6 H/C/I and full exhaust.
The Cummins will be the new daily being as I’ve wanted a diesel truck for a while now. It’s a stick which is an instant plus in my book. It’s been sitting so we’ll need to address a few things but I’m excited to get it back on the road.

Edit: It's paid for, a very comfortable hwy cruiser, beast from a dig (when tuned) and I rarely see another MKS around. It's worth nothing these days, so I'll drive it until I have a need for a replacement. 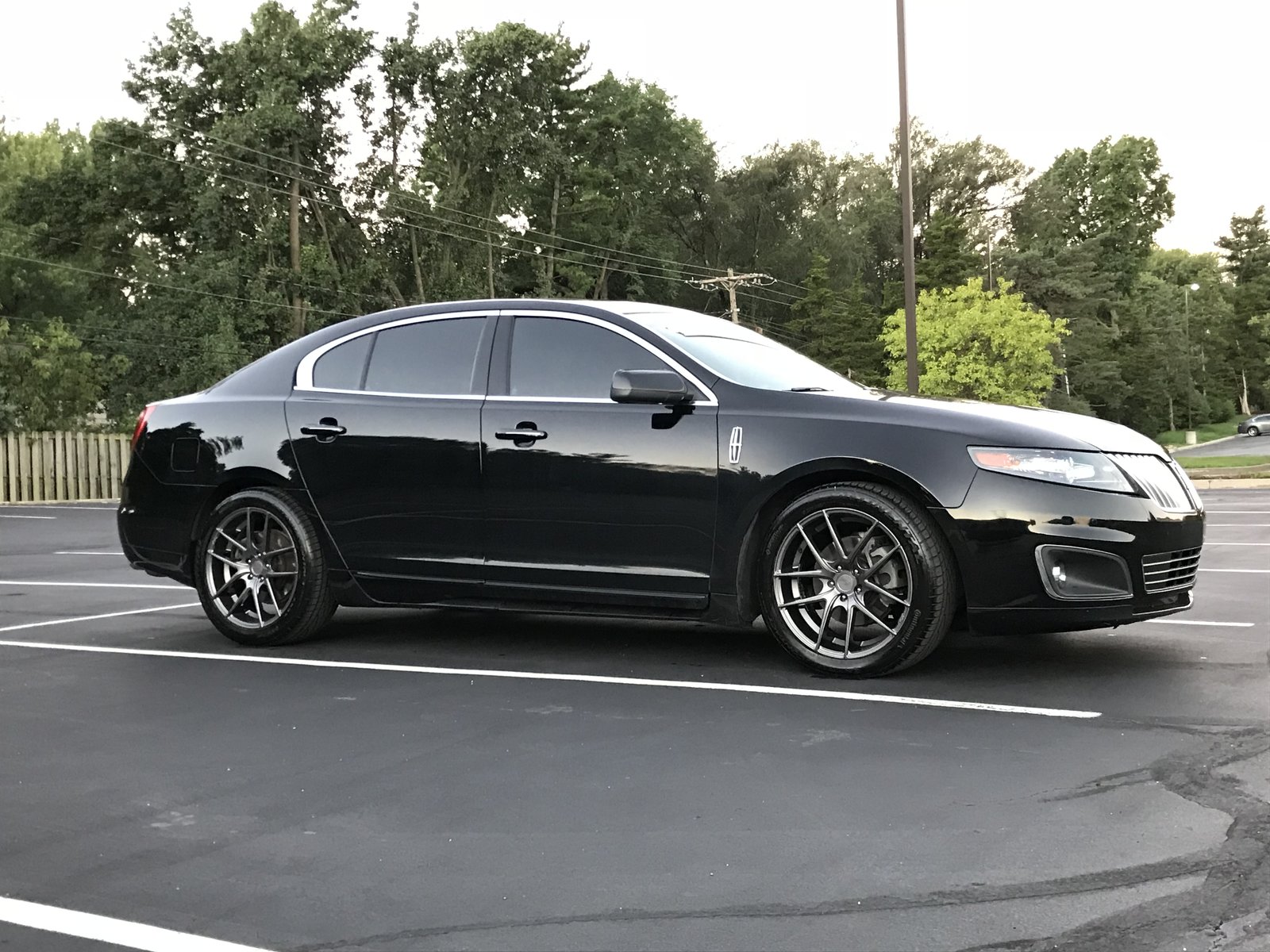 2018 F-150 XL 5.0 single cab short bed 2wd. Its a fun daily so far with a 2018 mustang gt intake manifold and a tune it's ran [email protected] in the 1/8th on street tires. I just ordered longtube headers and off road y pipe for it so it should be a little quicker.

99 super duty super cab short box 4x4 , with V10 and manual 5 speed .
I work out of it , and really cant say I drive anything else on a daily basis

2006 Fusion 4 banger.
Love it.
Great mileage, nice ride, sporty, and super dependable.They can be had for super cheap now. I bought mine 6 years ago, and have put nearly 100k miles on it.

Still the funnest car i’ve owned. An H/C/I/E C5Z is no joke-I literally felt like i was tearing a hole through time itself in mine.

It was a fun daily driver as well...the interior at its best was total dogshit though, and little scratches and nicks from daily use bugged the shit outta me too. I turned it back into a weekend car before selling it. I’d buy another as a daily beater if the price was right.

Love it. Big and comfortable.

Daily driven 12k miles per year in SoCal. I wouldn't exactly call it a "beater" though. I take good care of my cars.

Sent from my SM-G950U using Tapatalk

2009 Honda Civic LX with 90K on it. Was the wife's car until I bought her the Ecoboost. I get her hand-me-downs as my DD.

Gets 20-23 on the highway at 80mph(Flat florida roads).
Can stop at job sites to and from work and it's interior is very nice.

I bought it with 75k miles on it back in 2012. For being a mid 2000's AWD sedan it gets good gas mileage (25mpg average), it's unstoppable in the winter with snow tires, it's a manual transmission so it makes the drive a little more fun, it's comfortable enough for me, and the costs are bare minimum to maintain it. It has been a great car, but sadly it is showing it's age. Part of me wants to keep driving it into the unforeseeable future, and the other half of me wants to upgrade in the Spring.
C

My DD is an '08 Volvo S40T5. I bought it when my '98 Explorer crapped out in early spring of 2011. Overall it has been a good car. The fixes were pricey, some of the issues were downright retarded, but it has carted me across the country multiple times and been reliable. I give it a solid B+.

The dumbest issues with it were:
-The steering column lock failure (stranded my wife and I on our honeymoon until I smashed the thing with my fist enough times that it released
-"Hotbox" failure, leading to excessive crankcase pressure and lack of ventilation
-The sunroof gutter drain tube disconnected in the b-column, leading to a hurricane's worth of water in the dash, floor, and vents
-Electrical/programming gremlins- fart the wrong way and it throws the car in limp mode or immobilizes it. Bring it to a dealer, have them reset the computer or reflash it, and it works like new for a few years.