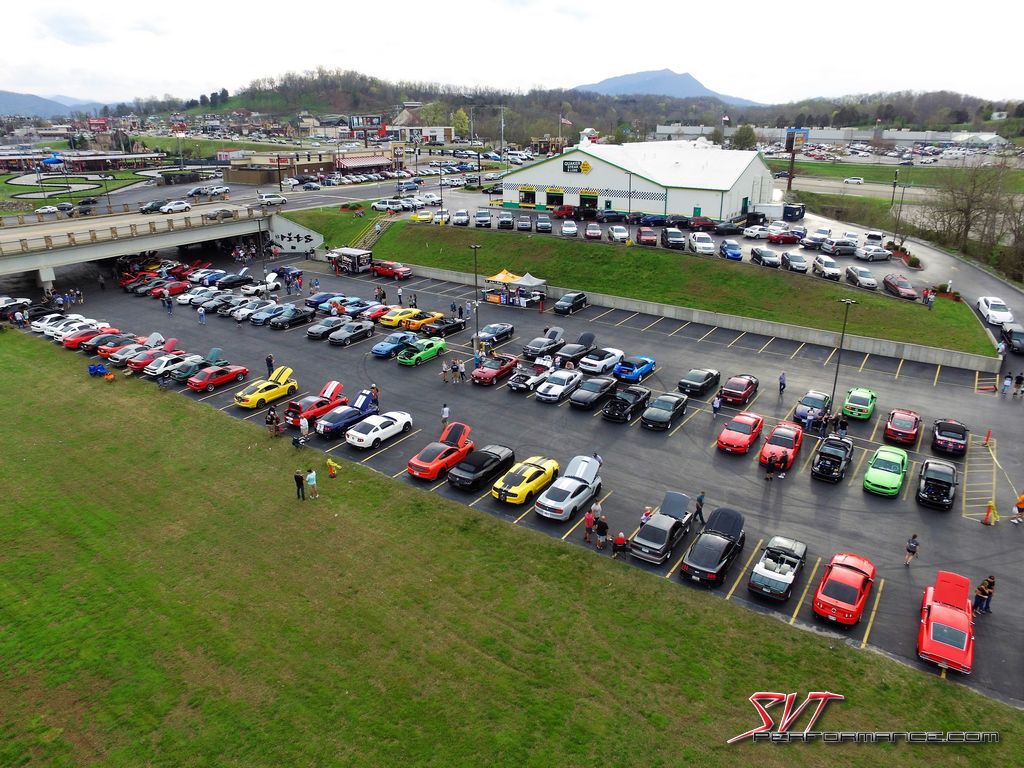 What a way to kick of the show season! After the seemingly unending crappy weather of winter we are greeted by sunshine and pleasant temperatures in Eastern Tennessee’s beautiful Foothills of the Great Smoky Mountains. Sevierville, TN was the chosen location for the first annual Ponies in the Smokies (PITS) show, and that was an excellent choice. Long known as a vacation destination, the Sevierville/Gatlinburg/ Pigeon Forge area is also an automotive gathering Meca; and the host of several major shows each year.


The PITS organizers developed the event around the area’s strong outlaw and bootlegger history. Over the past few years the area has embraced its moonshining legacy and has permitted the construction of several legal moonshine distilleries. Picking up on that theme the PITS crew created the Shine Run, a bootlegger themed poker-run hitting a number of moonshine distilleries. The Shine Run was capped off with the SVTPerformance.com Shine Run Party at Quaker Steak and Lube. 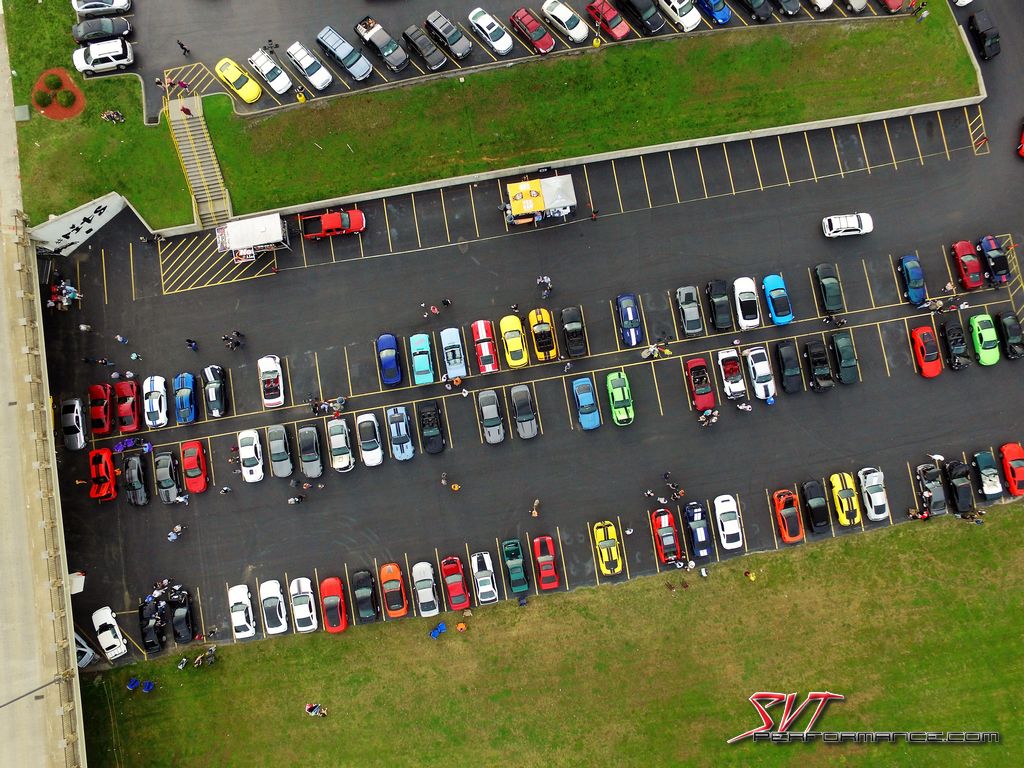 The SVTP Party was a huge success. We were really surprised by the earlier turnout. We arrived just thirty minutes before the party began and were greeted by a small crowd waiting to pick up our SVTP #PITS T-Shirts. The road weary runners found respite with some cold beer and hot wings from Quaker Steak (the naked strips with hot BBQ sauce were quite tasty).


After leaving the SVTP Shine Run Party we drove over to the Sevierville Convention Center to set up our booth for the #PITS Car Show and Cruise-In the following two days. It was really good catching up with long time friends and meeting some new ones. I particularly enjoyed watching the 54-Years of Mustang display come together. Except for about four model years, the PITS crew managed to organize a gathering of Mustangs from each and every year of production. And impressive sight indeed for those interested in seeing the evolution of our favorite Pony Car. 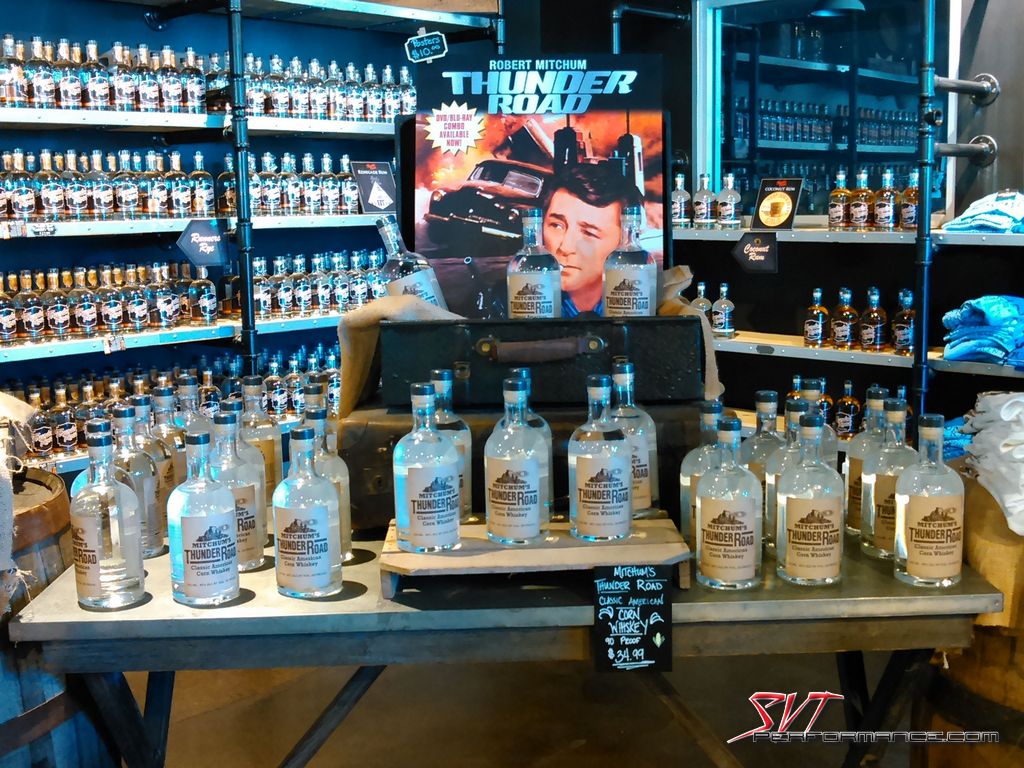 After the car show and towards the end of the cruise-in it came time for the awards. Once again, the PITS crew handled things efficiently and professionally; an impressive feat for their first outing. As the awards ceremony was approaching the end time came for us to bestow the SVTP Editor’s Choice Award upon its distinguished recipient. Jonathan Catapano's car was an extremely custom 1998 SVT Cobra, which reportedly represents and investment of over $60,000. With the smoothed and tucked engine bay, custom IRS, and Vortech blower you can certain see where the cash ended up. We’ve long been a sucker for orange SN-95s and Catapano's Cobra is a perfect example why. This car is super clean and show extremely well. On top of that, it is loaded with true performance hardware that should make it even more fun on the streets than it is to look at. 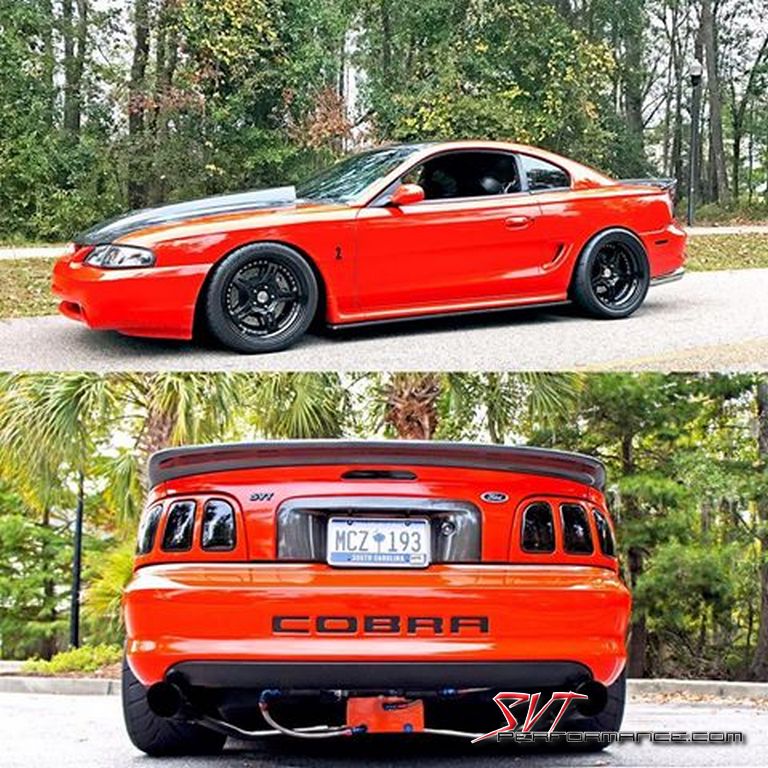 Then came the real fun. If any of you have ever been to the annual SVTPerformance.com Party Like a Rock Star Night or seen the insane shenanigans that take place in order to win sweet prizes you know we just HAD To find a way to work at least a taste of that into #PITS. You know something earned always means more than something given. So with help from our good friends at, JLT True Cold Air, Hurst/Flowmaster/B&M, and MGW Shifters we were able to give out some awesome prizes. 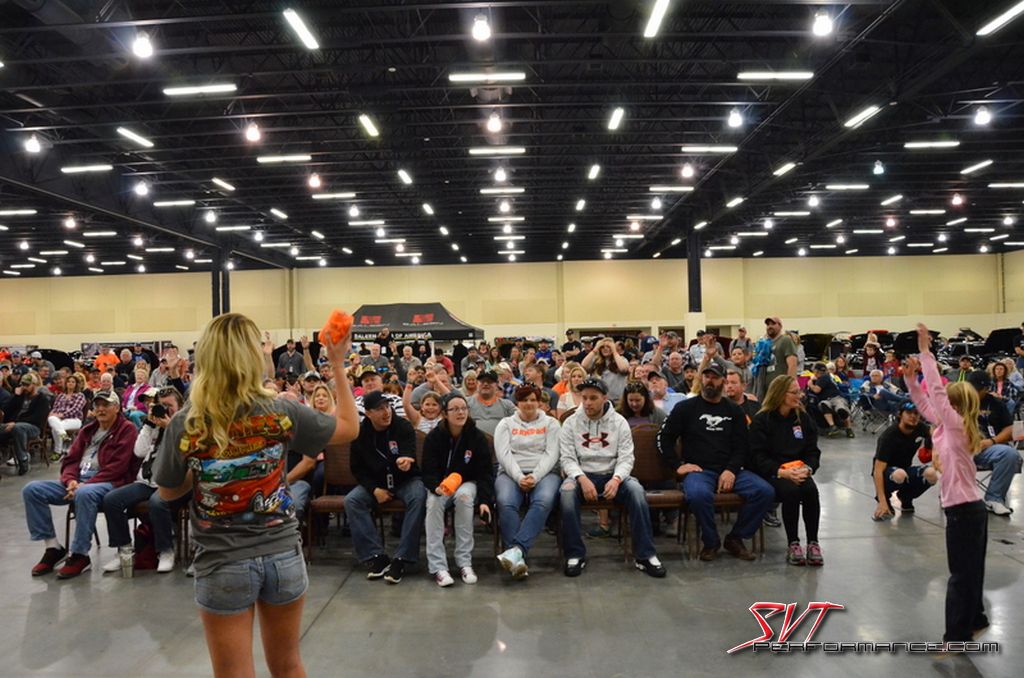 From Hurst/Flowmaster/B&M we had a 50% off couple for up to $2,000 worth of merchandise from the respective companies. That represents a possible savings of up to $1,000. Definitely not something to scoff at; but to earn it the challengers had to endure a test, a field sobriety test to be exact. Luckily a member of the #PITS staff happens to be a former law enforcement officer. Though we unexpectedly put him on the spot, he was able to eliminate the 'drunkards' until James Ross was acquitted as the winner.


From JLT we had a $100 gift certificate. While we did see a wide variety of JLT products on display in the show field, there was certainly a few that could use an oil separator or intake upgrade. That JLT gift certificate would go a long way towards rectifying that situation. The contest for JLT's prize was one of our favorites, SVT Trivia. This go around we decided to go with SVT F-150 Lightning questions. After a couple of rounds Jamie Brabham was awarded the JLT gift certificate.


Last, but certainly not least, we had a certificate from MGW Shifters for a Mustang Top-Loader Shifter. That covers Mustangs from 1979-2004, and there was certainly plenty of those models attending the event. As is traditional with our MGW contests, physical fitness was going to play a very big role in winning here because it was time for a pushup competition. We were honestly surprised how long it went, but in the end Shawn Traughber (wearing a suit nonetheless) walked away with a brand new MGW Shifter. 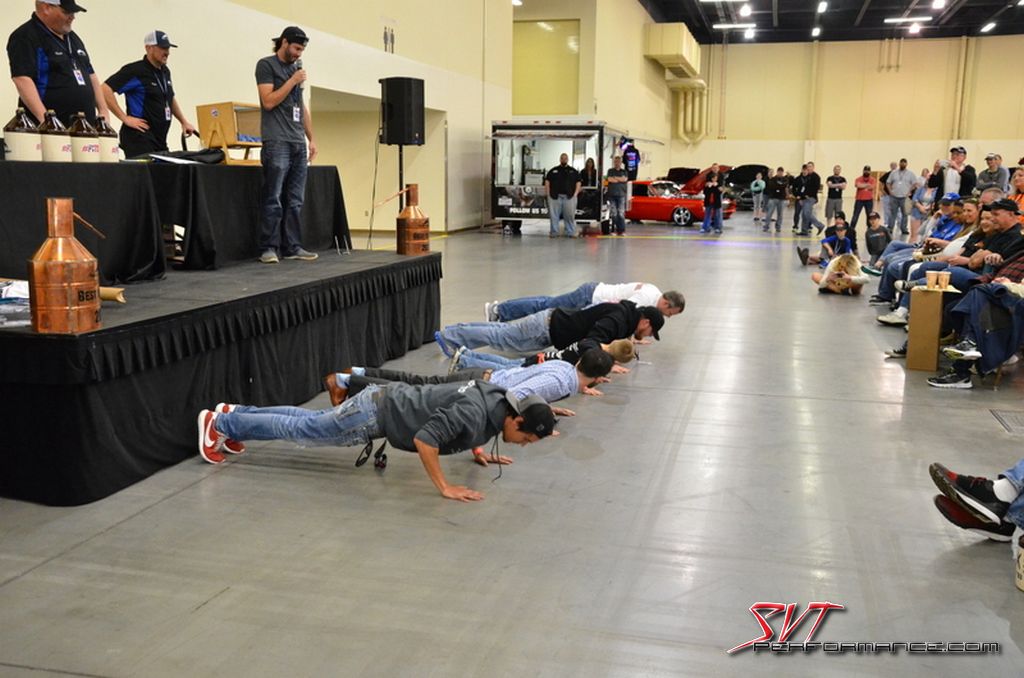 After the dust had settled we had three very happy winners, one of which who may have been somewhat exhausted. All worth it in the name of sweet prizes, but with the awards duly awarded the First Annual Ponies in the Smokies drew to a close. The entire event was a ton of fun, and we can’t wait to see what next year brings. If 2017’s crowd enthusiasm is any indication we believe it’s a safe bet that this show could easily double in size for 2018. In any event, we’ll see you there. 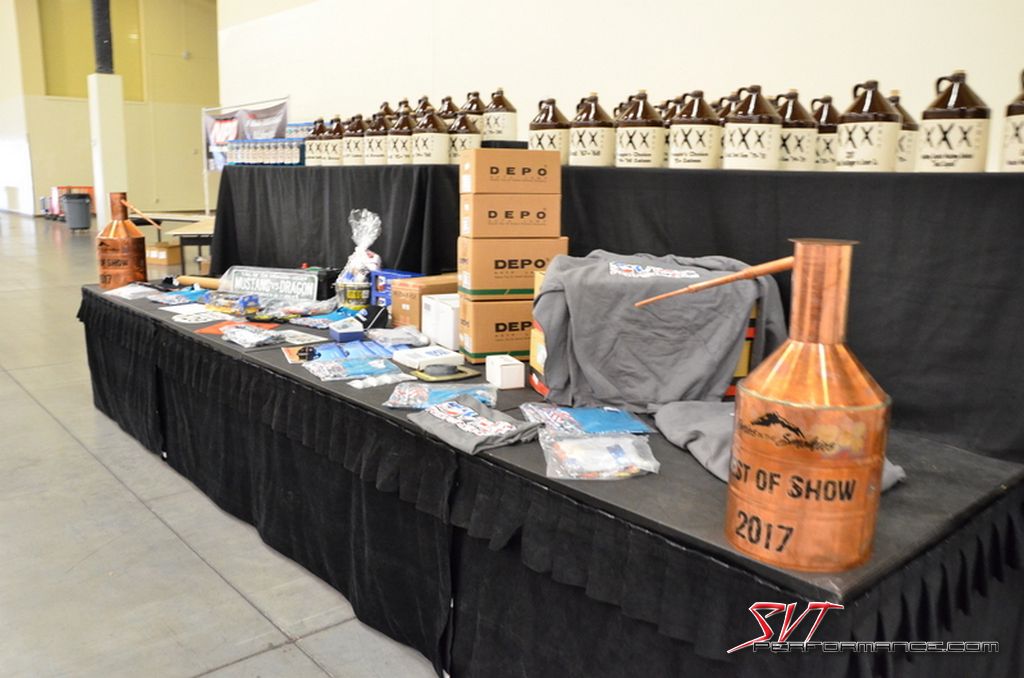 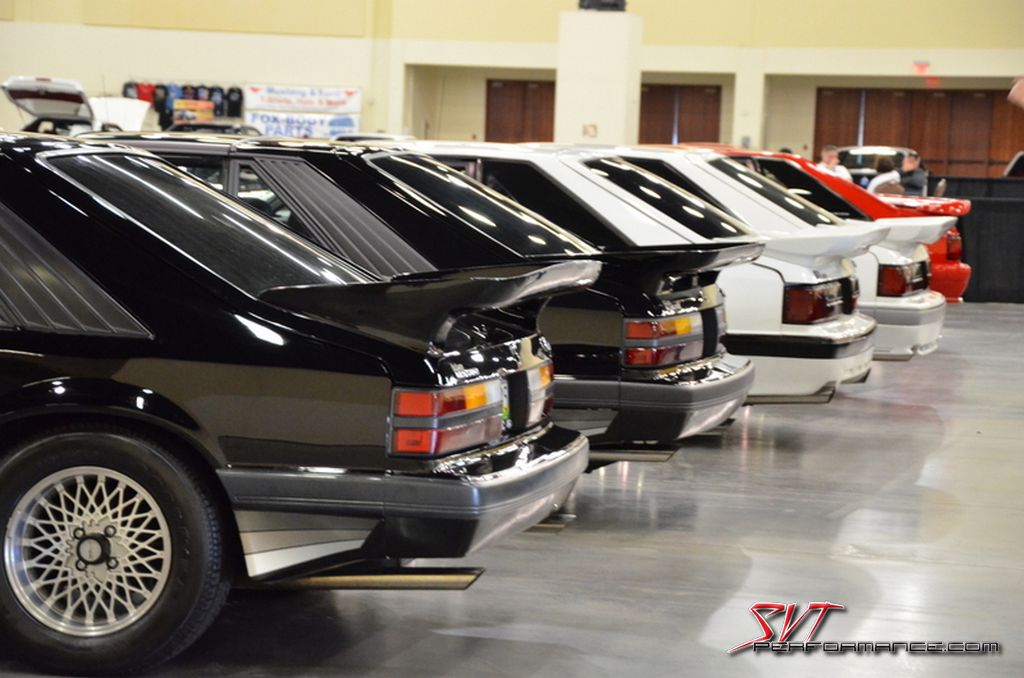 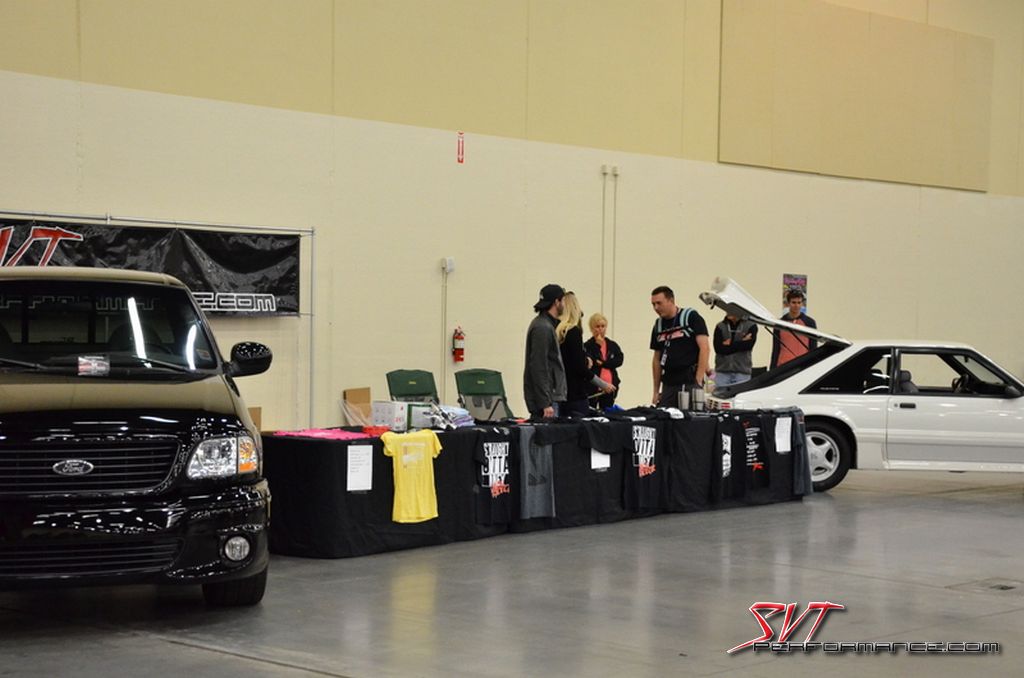 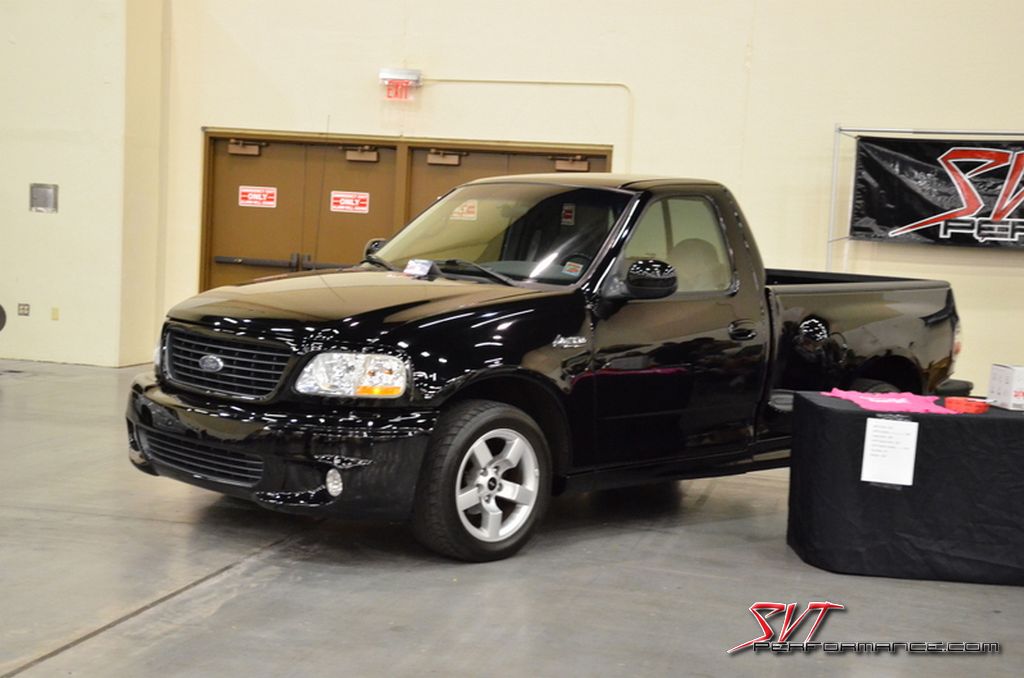 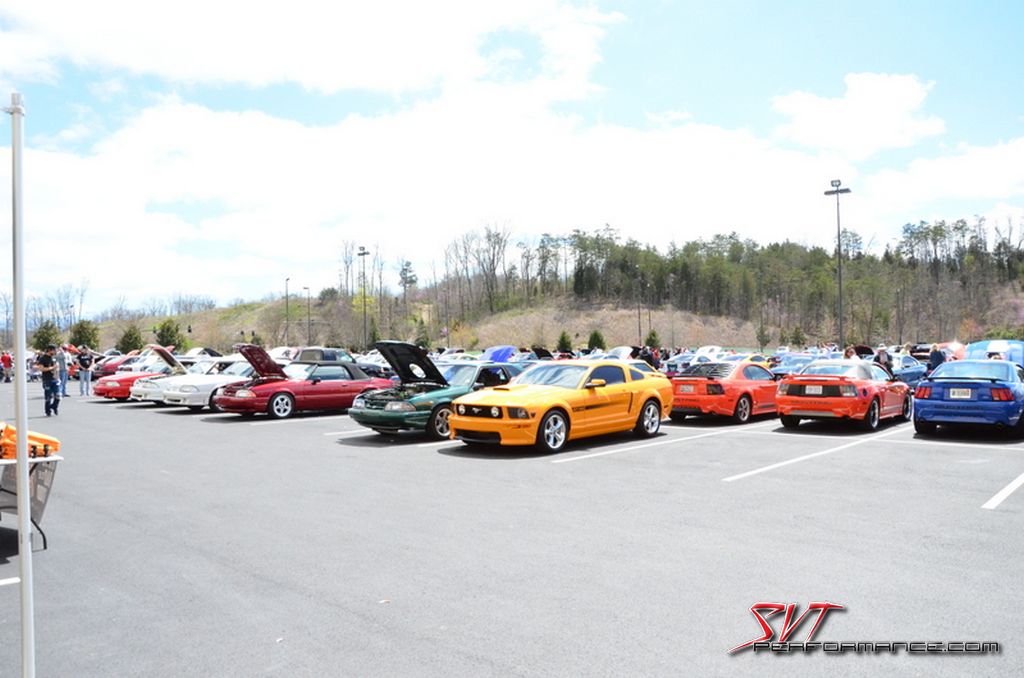 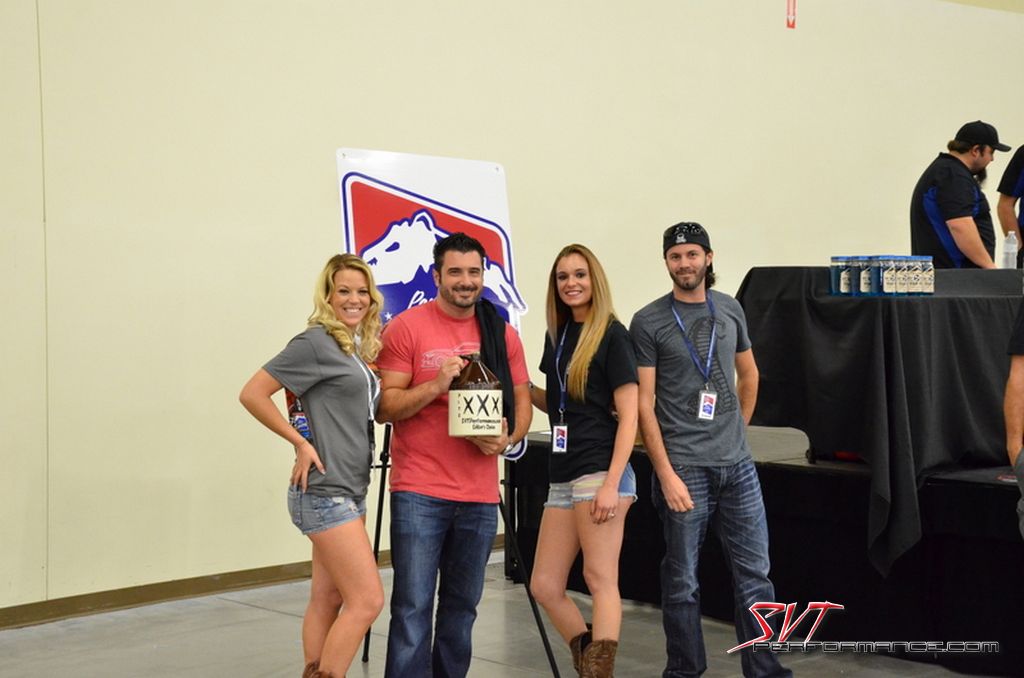 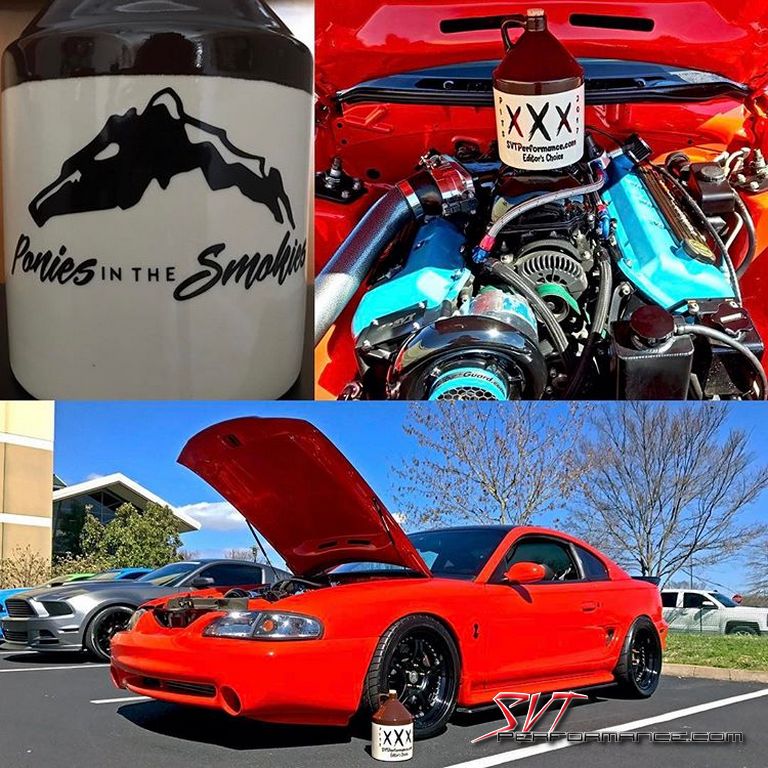 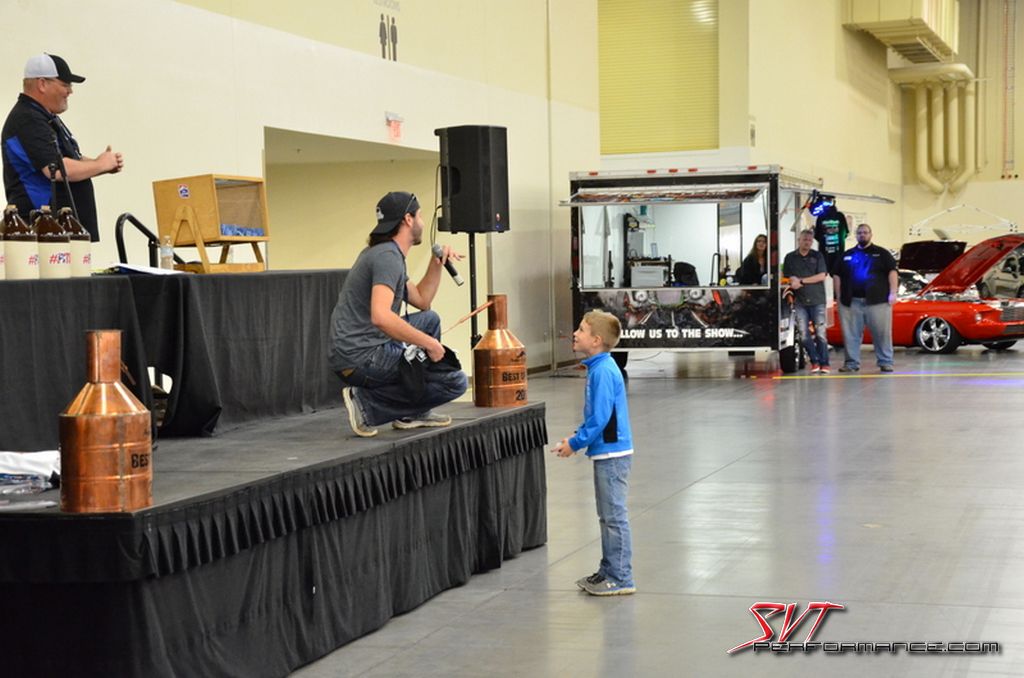 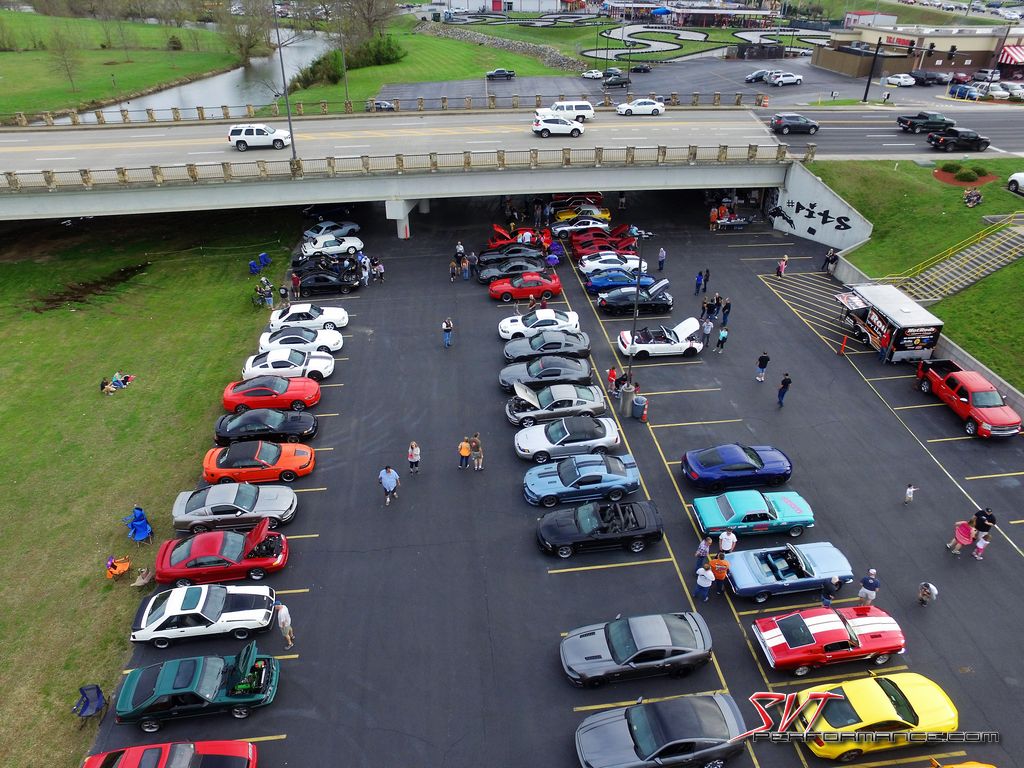 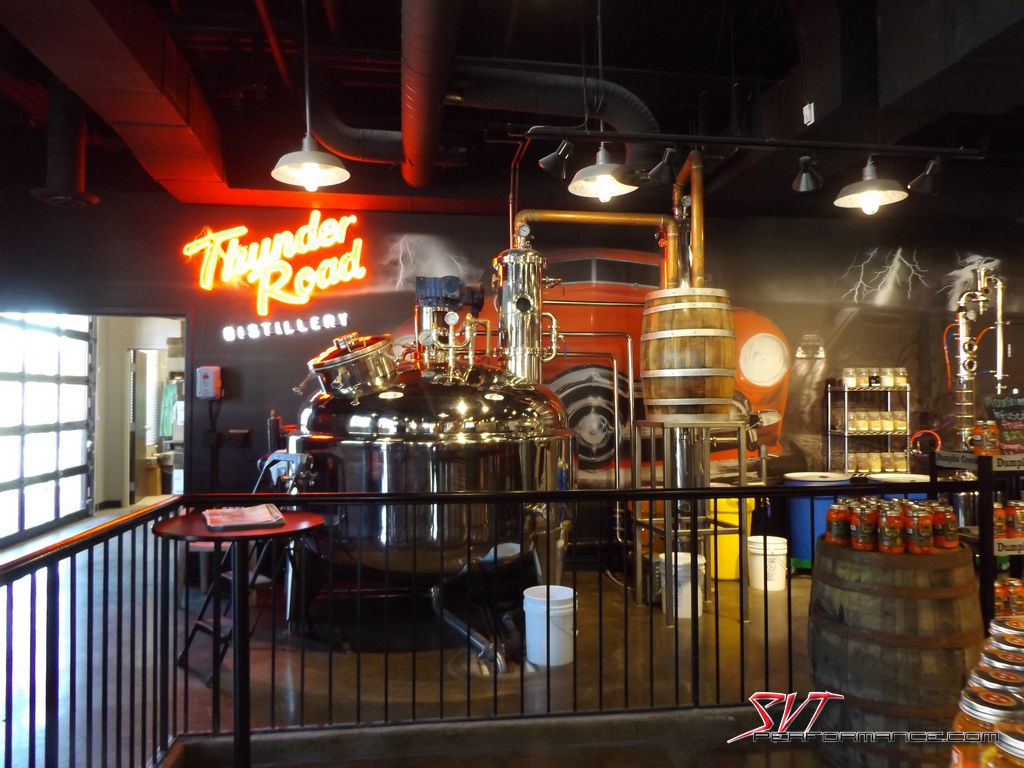 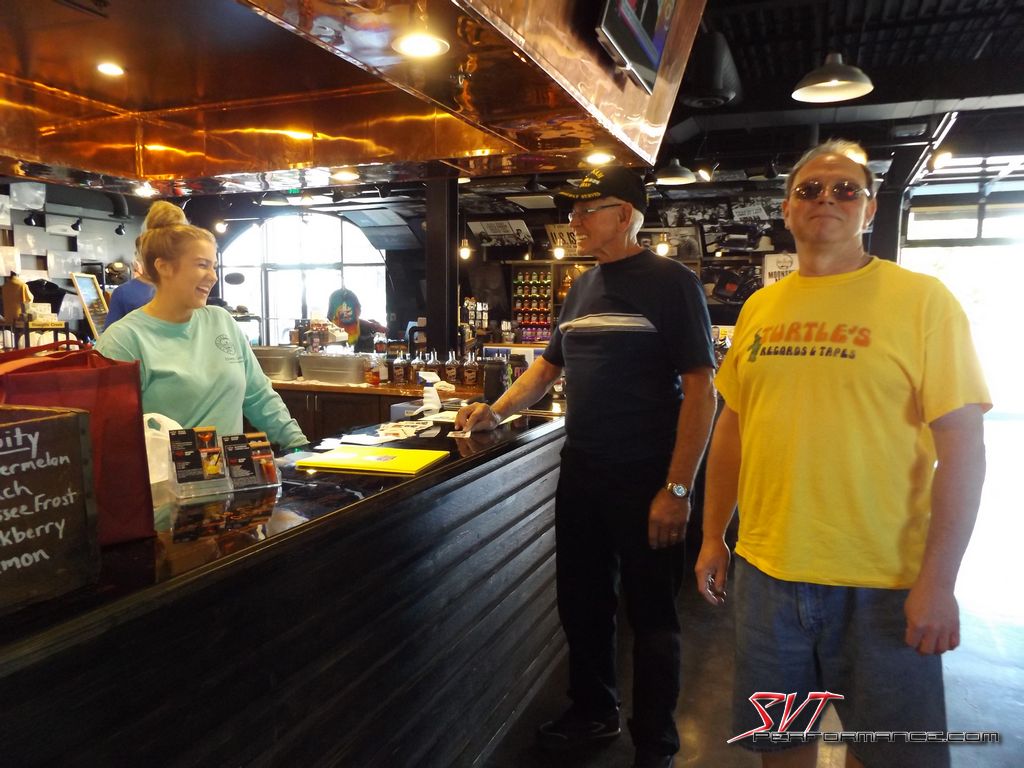 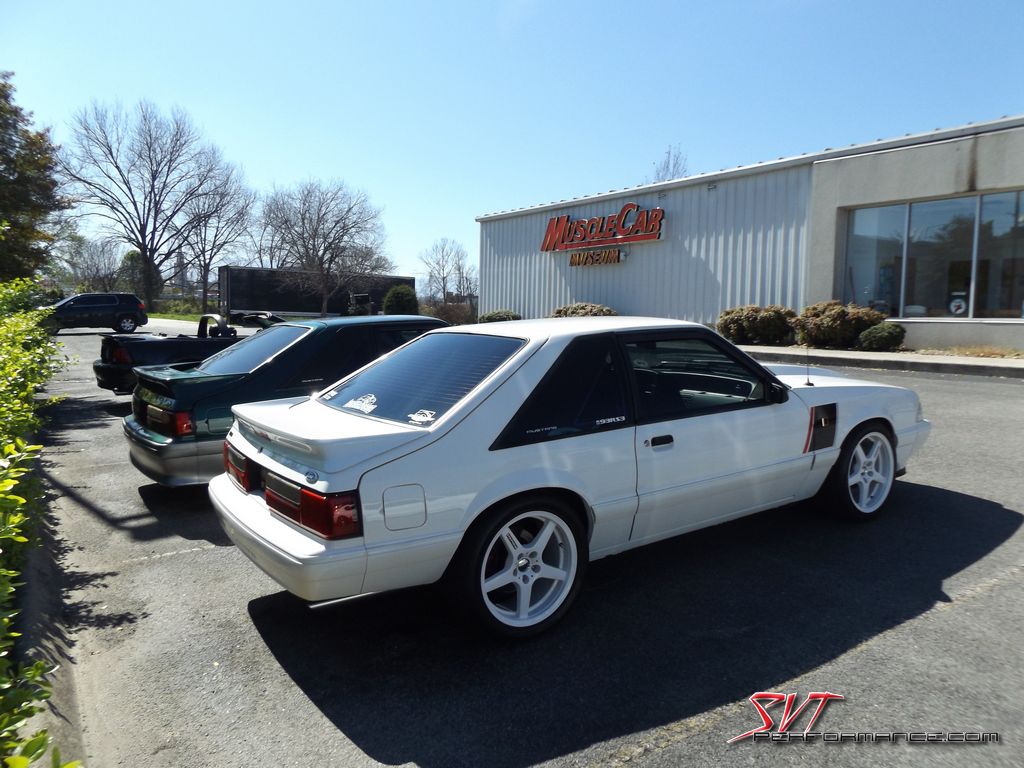 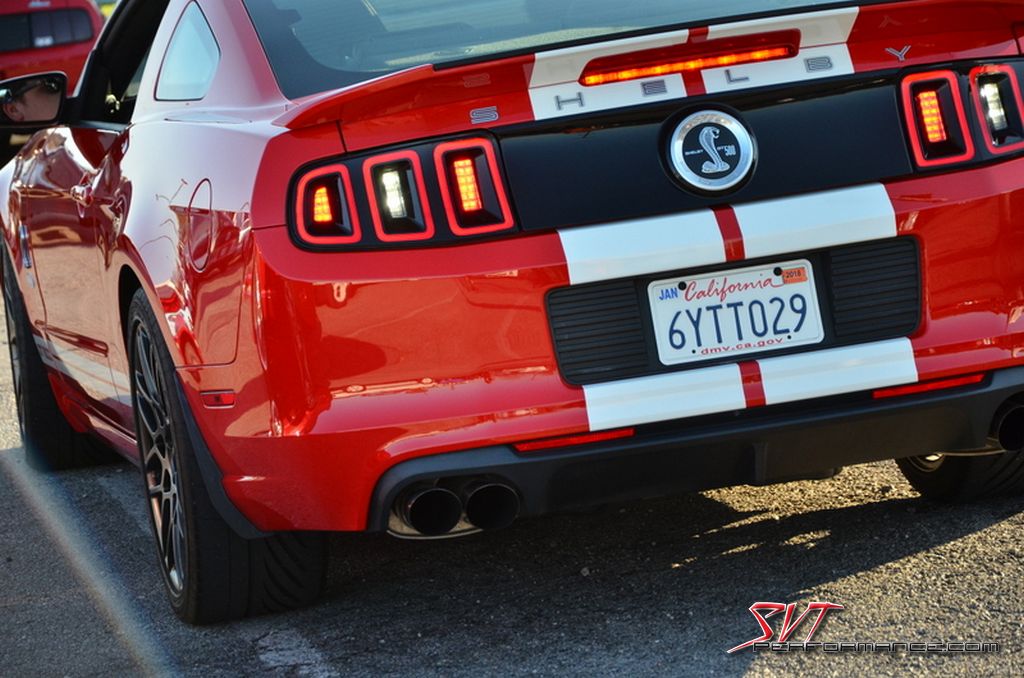 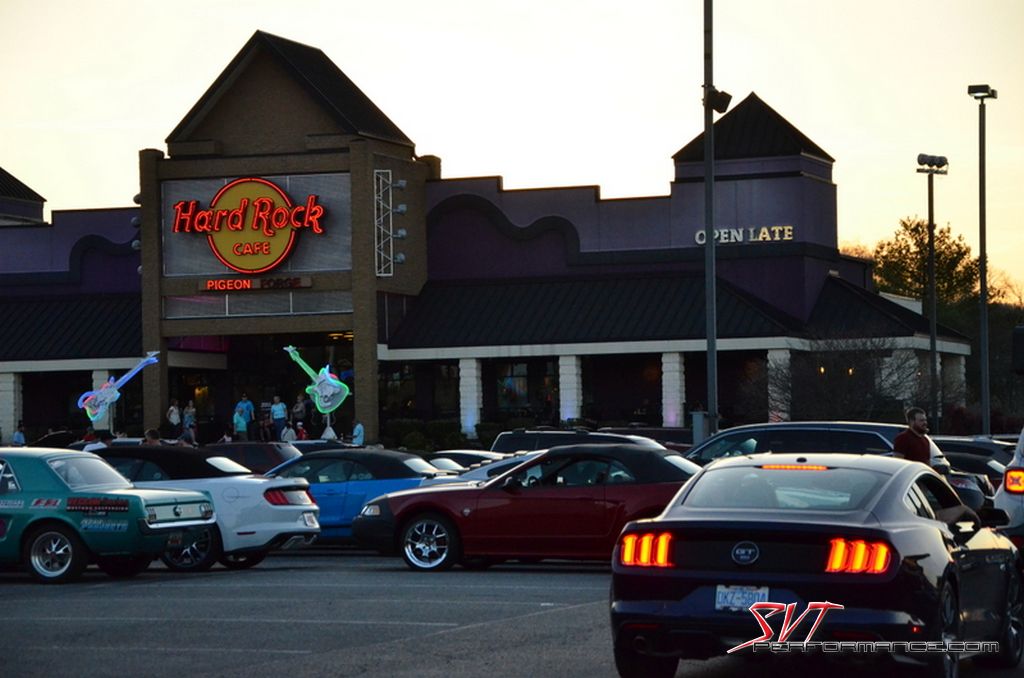 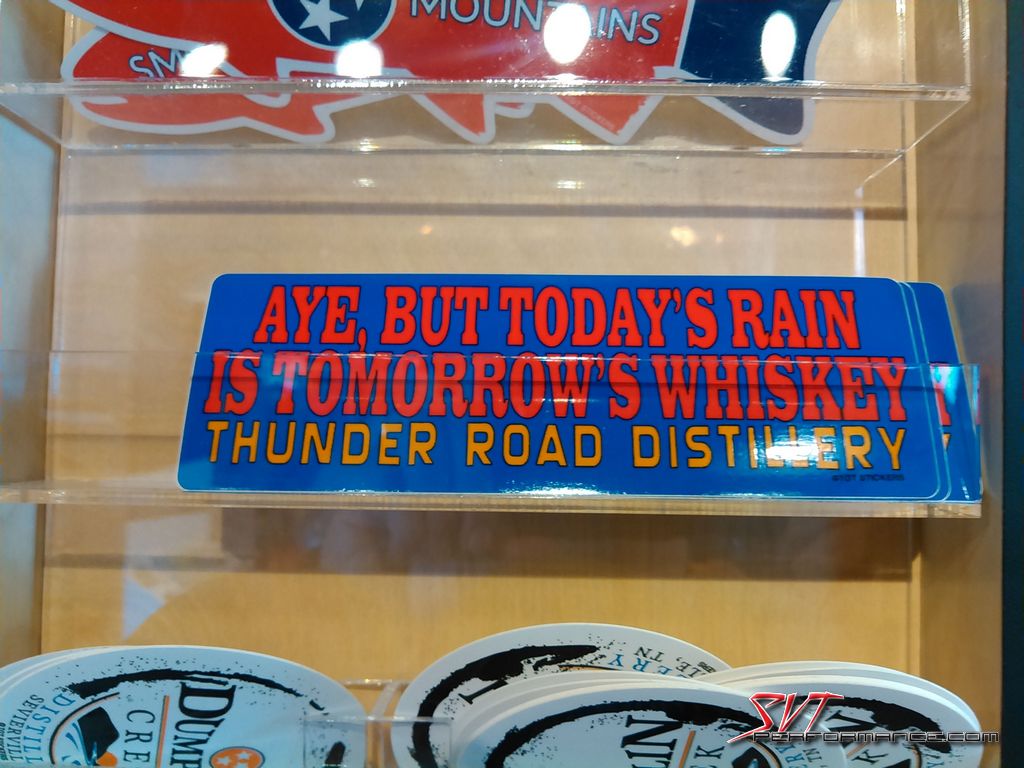 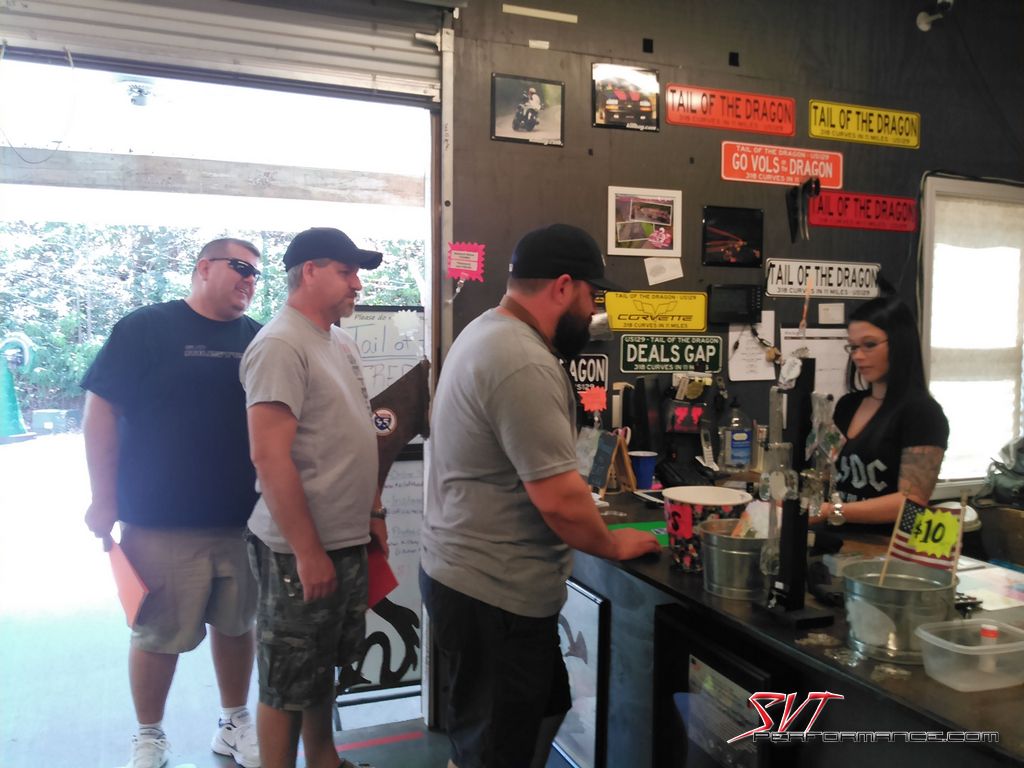 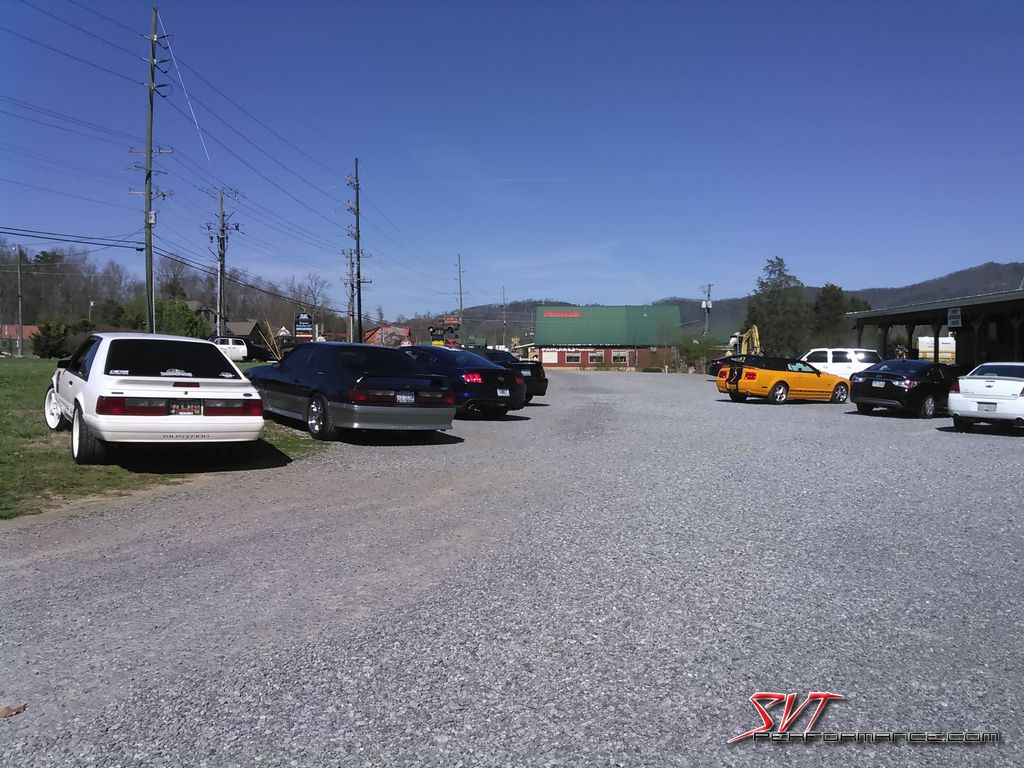 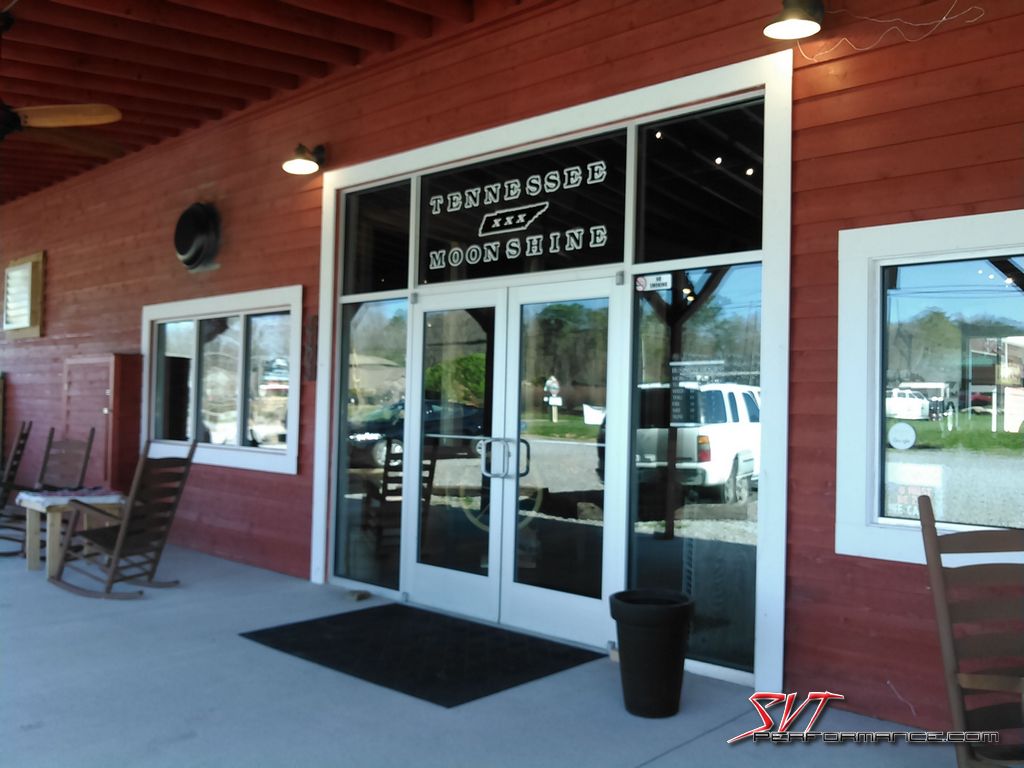 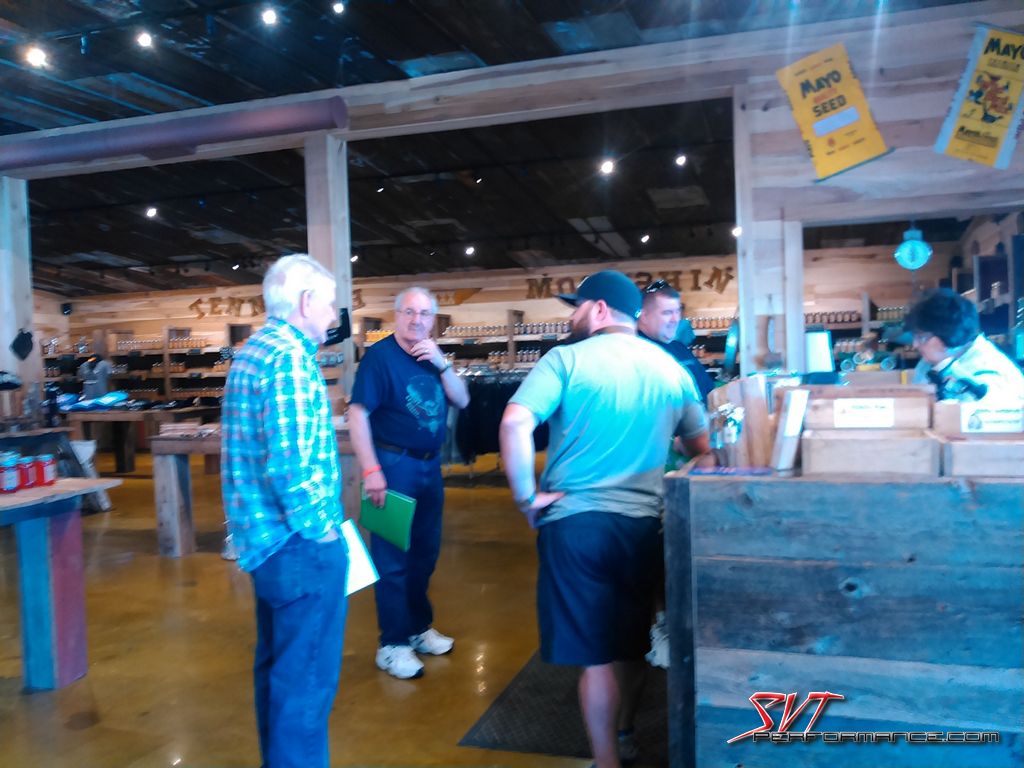 One last look at the SVTP Editor's Choice Winner: 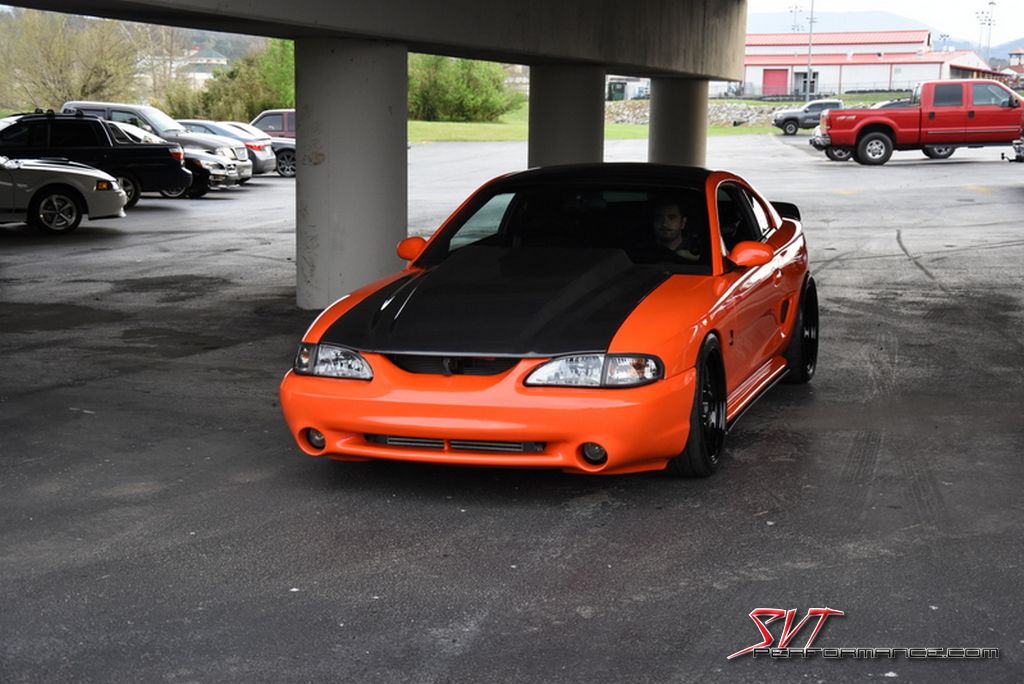 Awesome!
Definitely planning on attending next year
Found a Blooper Reel from the #PITS Staff:

No matter how many times I watch our blooper reel, I still laugh and cry, that was a fun day! Worst part is, ZERO booze was consumed in the making of that video!

Travis great article bud, thank you so much for the support! You were one of the very first people to come on board and support or crazy idea and we certainly appreciate that!

And I hope your right, we certainly would like to double the event in 2018! Plans are under way now!

cobra_4 said:
No matter how many times I watch our blooper reel, I still laugh and cry, that was a fun day! Worst part is, ZERO booze was consumed in the making of that video!

Travis great article bud, thank you so much for the support! You were one of the very first people to come on board and support or crazy idea and we certainly appreciate that!

And I hope your right, we certainly would like to double the event in 2018! Plans are under way now!
Click to expand...

Keep me in the loop. I really want to see it grow.
What is the schedule for 2018 ? It's like there is no advertising for pits.

alan chandler said:
What is the schedule for 2018 ? It's like there is no advertising for pits.
Click to expand...

I'll tell them to get on the site and start posting about it:

https://poniesinthesmokies.com/
Thanks, I missed it last year because I didn't know it existed. I found out from a guy at mw and since then I've been anxious to go. It gives me a good reason to upgrade to a bigger brake kit! Lol
It;s a great show.
Hard to believe that the April, 2017 PITS was the first one. Looking at the coverage a photos in this thread and elsewhere, this venue was done extremely well. I can appreciate why Travis would like to see this one grow. I have a strong feeling that this is going to be a premier Mustang venue. Anyone who is within driving distance should really try to attend the 2018 event (March 21-24).

I can't wait to see the coverage and photos from this one.
Everyone that I know of are clearing their calendars to attend!! There needs to be something else besides mw!!
Sorry we haven't been on here guys!!!! Its going to be a great show again in 2018. Y'all go to the site www.poniesinthesmokies.com We are working on a few big items inside. We are going to have The 55 Years Of The Mustang. We are going to have one mustang of every year. Some will be period correct and some aren't. We are going to have a Saleen Display like last year. Some of the Saleen's from last year will be there but there going to be some new ones also. And we are also going to have a SVT Display. We teamed up with the Boss here at SVTP and are working on a killer display of SVT Vehicles.. We are having a Shine Run on Wed. and Thurs., All Mustang and SVT Car Show on Friday and all Ford Cruise In on Sat. Kick-Off Party Wed Night at Hard Rock Café and Shine Run Party on Thurs. Night at QS&L. If you didn't get to come last year you don't want to miss this year.