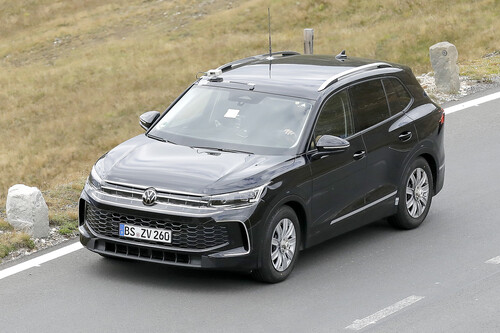 The first-gen VW Tiguan was introduced in 2007 and received a facelift in 2011. Similarly, the current, second-gen was launched in 2015 based on the MQB platform, with a facelift in 2020 with design changes and the addition of the eHybrid PHEV variant, plus a China-only coupe bodystyle. This means that a third-gen Tiguan should be introduced in 2024, which would allow it to be offered in ICE-powered, hybrid forms and a BEV variant. Spies in Austria caught the new model in an ICE-powered production guise.

Volkswagen has been focused on the ever-expanding ID. range of MEB-based electric vehicles, but it will likely keep updating the core models including the likes of the Polo, Golf, T-Roc and Tiguan for as long as possible. VW expects only 25% of its global sales to come from EVs by 2026, combined with the popularity of the aforementioned nameplates, so they will likely live for at least one more generation before the range becomes EV-only in the 2030s.

The pretty small-time window before the ICE ban in Europe and other markets means that we will be sticking with updated versions of current platforms since the automakers are investing heavily in EV-dedicated architectures. Volkswagen—alongside rival brands—will probably offer a fully electric version of the Tiguan even if this means they will have to electrify the evolution of the MQB Evo platform that could also be utilized by other brands of the VW Group, making it worth the investment. While the entry-level trims will likely be offered with mild-hybrid powertrains for a lower cost, the majority of the sales volume will likely consist of plug-in hybrids that will still cost less than the possible full-blown EV variants.

In terms of looks, the next Tiguan will inherit several design features from the ID. range of electric models, like the China-bound Lamando L fastback did quite recently. Those will include the full-width LED headlights and taillights, textured cover for the intakes and a more rounded approach in the surfacing. The new Tiguan will get a sportier and more aerodynamic shape with dynamic proportions and exterior dimensions similar to the current model.

Inside, big changes are expected with an even more tech-focused dashboard featuring a fully digital cockpit and an advanced head-up display, plus the latest ADAS and safety features from VW Group’s parts bin.

The production version of the C-SUV could be unveiled in 2024, before a rumoured market launch in 2025. 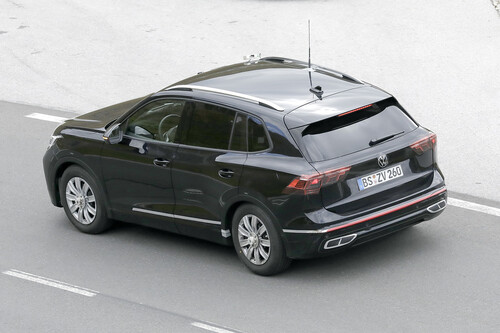 Oh yeah. Toyota raped a Prius and this is their offspring.

Not bad at all. I'd like to see the interior.

I miss my Touareg. With 100 more HP, that would've been an ideal vehicle. Thing was a tank. Wish they'd bring the new one to the US.