Long story short. I know this guy, we graduated high school together.

When we were in high school, he worked at a large amusement park nearby during the summer. He would brag about stealing cash and making up fake receipts to cover his tracks, he did this for 3 years, I'd guess about $100,000 worth of stolen money, maybe a little more.

Then he started working at a semi-local Best Buy. He would tell friends/family/acquaintances that if they wanted to buy something, he would buy it on his employee discount and pass the savings. A $1500 TV would be $550 or something. The person would pay him the money, he would steal the TV and keep the money. He did this for a year or two. I have no idea how much money he stole during this time.

Next, he got caught at Best Buy and went to work at a Sears store. Started doing the same thing with washers/dryers, ping pong tables, etc. It's unclear if he was fired or if he quit this job.

At this point, publicly, he attended the University of Missouri - Columbia for some type of medical studies program. Graduated. Went to a med school in Chicago...then back to MU. Turns out, that was all a lie.

Someone, I have no idea who wish I did, made a Twitter account tracking all of the nonsense unfolding over the last few months. Here is the original screenshots from a subforum in Reddit before it got on Twitter, detailing a lot of it. 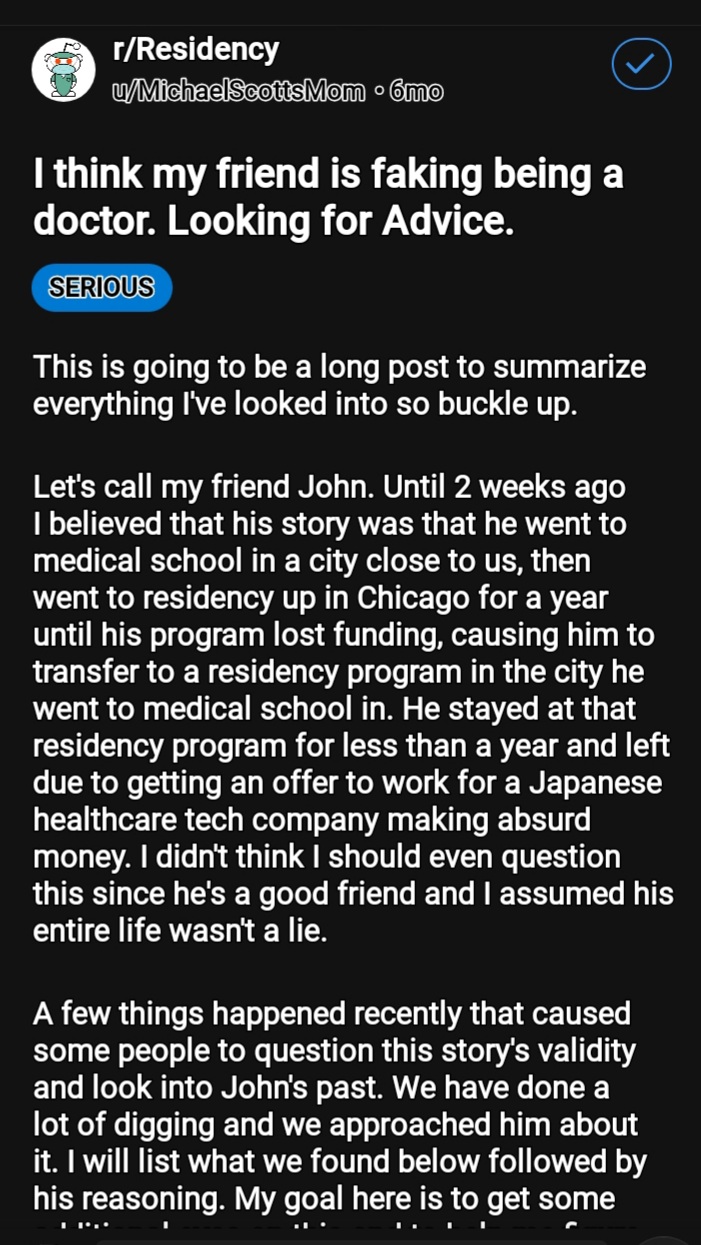 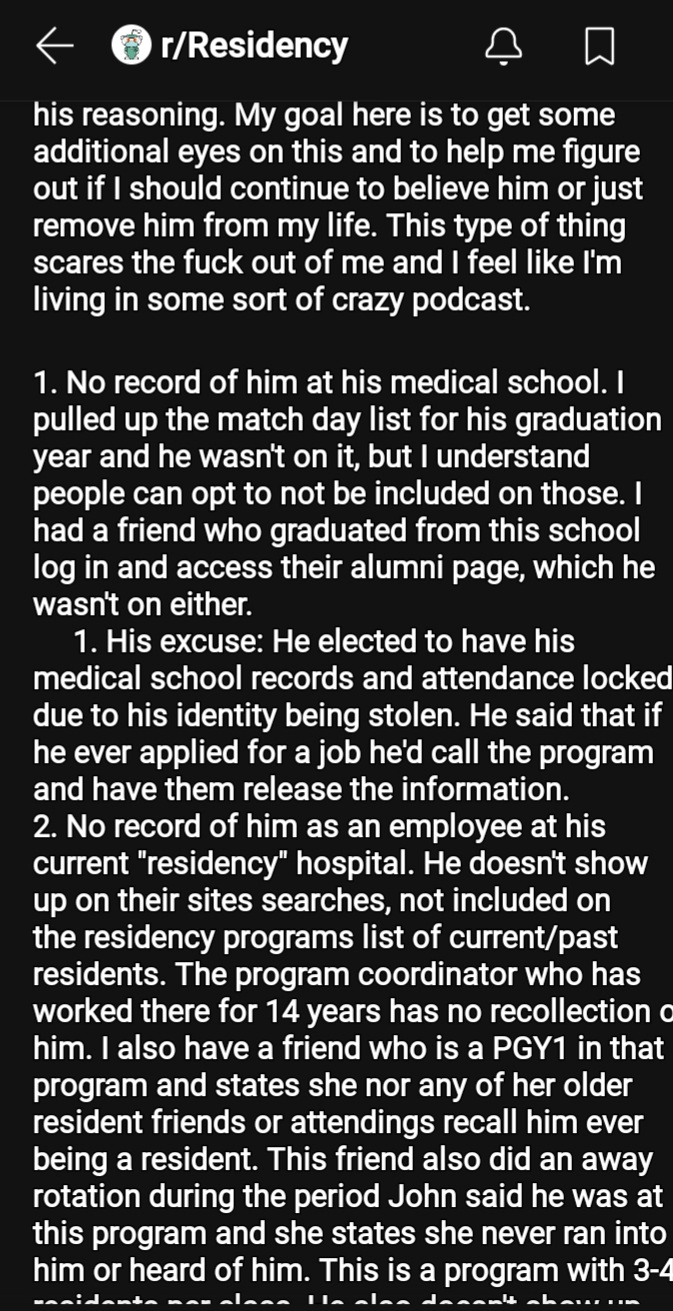 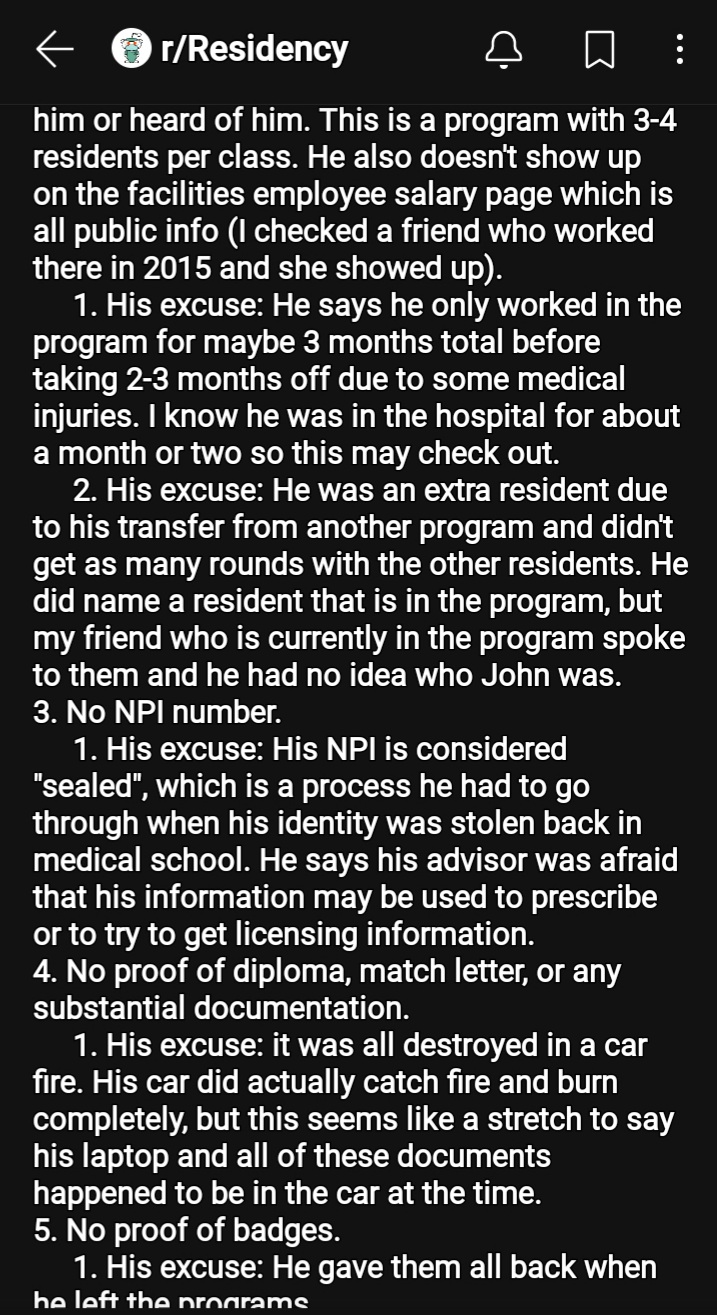 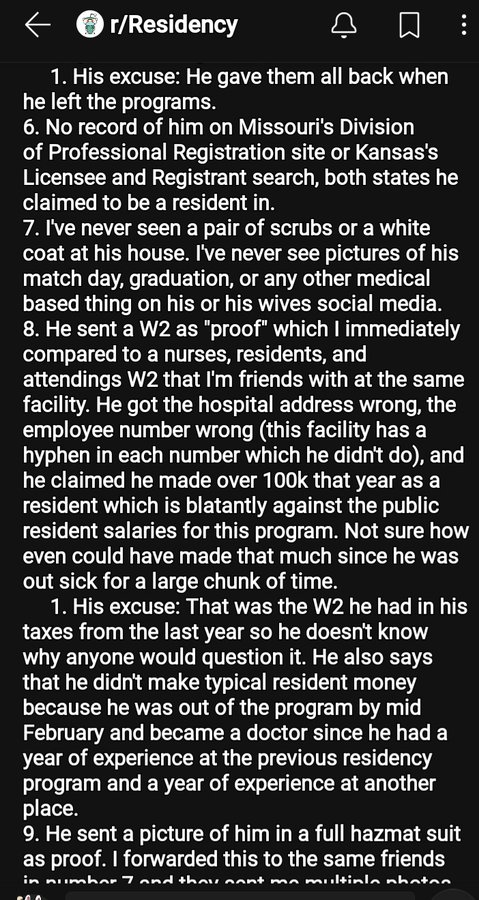 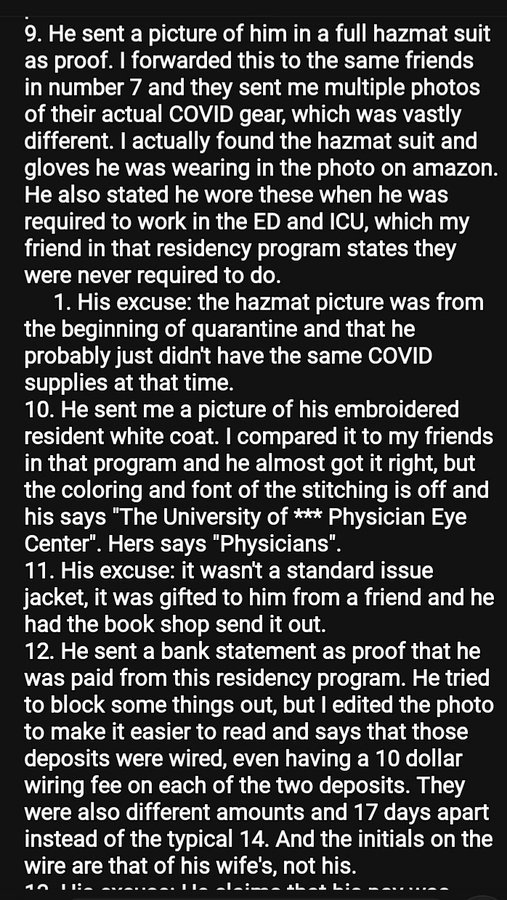 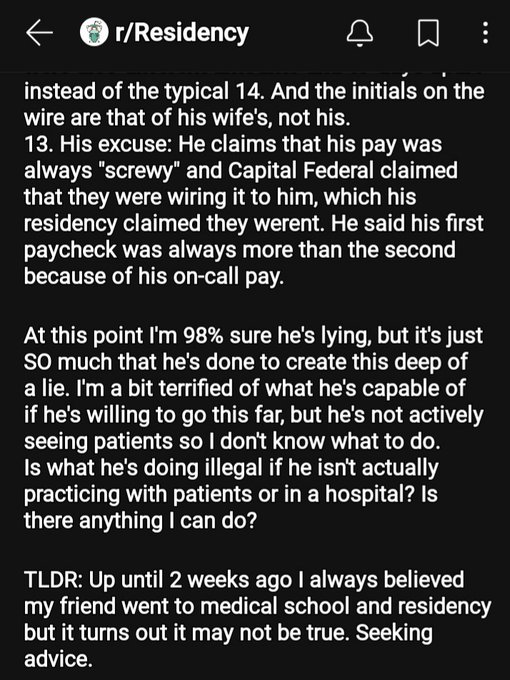 The local PD, Sherriff's Department and the highway patrol went to his house on an arrest warrant... couldn't find him. Ended up finding him hiding in a secret room in the attic behind insulation. 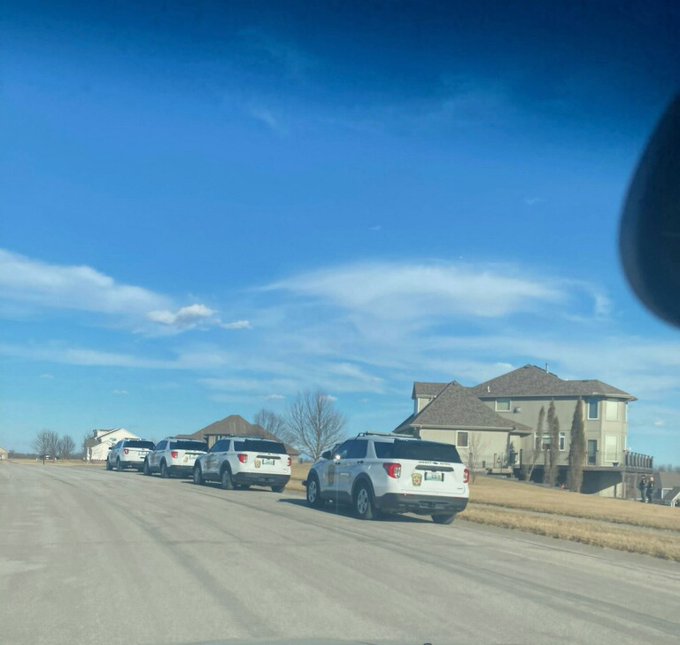 I thought the handle was clever. Agent Hanratty is who Tom Hanks played in Catch Me If You Can.

who has that kinda time

Zemedici said:
Cool story but good ****ing lord whomever made that account / compiled all that needs to work more lolol

After watching it, I believe they're a night nurse or something of the sort.

Some people thrive on being able to get away with stuff like that. I knew a couple, and stayed clear.

Muffin is my spirit animal

Listen to the Dr Death Podcast

Pretty sweet house too! Wonder if he did a fraud to get it dirt cheap lol

Wow man, like a real life "Catch Me if You Can".

Had a former best friend from child hood til about 3-4 years ago that is very similar to this guy. Never went in the military but did work for General Dynamics for a short time and out of nowhere one day devised a story that he was actually involved with special operations with a PMC and worked alongside the CIA and all that. Was claiming he was doing flights to Mexico and Afghanistan to carry out operations over a single weekend like that would even be possible to fly to the Middle East, carry out an op, and fly back before anyine knew it was even possible. I knew it was bullshit and a few others did as well but this guy could fool anyone and most people believed it hook, line, and sinker. The problem was that he actually did have enough connections to certain people and he did carry out a certain level of things that I can confirm he did as a bounty hunter but he would take those stories and twist them into that he was actually carrying out special operations. I always kept my mouth shut and just listened to tye stories and eventually I was able to find enough plot holes and stories he stole from both myself and other military members and was able to firmly call him out. Knowing someone for over 20 years you want to give them the benefit of the doubt and when you're dealing with a narcissistic sociopath they are extremely good at balancing the lies and they'll do whatever they have to to make you out to be the bad guy. Crazy thing is that he has actually conned his way into becoming a Chief of Police for a small town that lost their police force and hired his security company to take over LE duties. That's the level of deception that we are talking about. I walked before all of that and just let him be knowing he would get his one day.

Good news is that he crossed the wrong person and messed with that person's family. That person is a decorated former member of SOCOM so I'm still waiting to hear the outcome of that situation.

@13COBRA sorry if that was a thread hijack but I just wanted to highlight the type of person these people are. They are a special breed and amazingly deceiving and manipulative to everyone around them.

BlueSnake01 said:
Pretty sweet house too! Wonder if he did a fraud to get it dirt cheap lol
Click to expand...

He made up a story about the financing falling through but needed the money to keep the house so His family gave it to him. Owned it free and clear. Lived there for 3 years and never paid taxes.

He made up a story about the financing falling through but needed the money to keep the house so His family gave it to him. Owned it free and clear. Lived there for 3 years and never paid taxes.
Click to expand...

Damn, that place was just $500k?
Out here, this is what you get for $500k.
This house is right nextdoor to me. The owner (original owner since 1955) paid $17k when it was new.
She passed away a couple weeks ago though 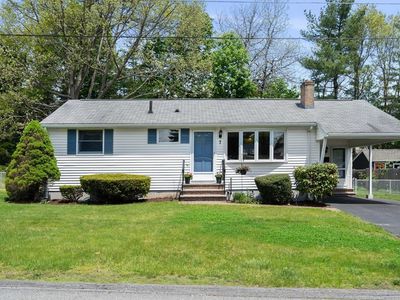 Yeah, the Midwest has a ton of great value.

13COBRA said:
Yeah, the Midwest has a ton of great value.

Lots of you coast people are moving here and ruining that though haha
Click to expand...

Not me, I'm staying on the east coast

Both houses look great compared to mine, mine is worth slight over 800k, good ol Cali haha.

Crazy to think how many of these types are out there and never get caught.

Fake it till you make it!!! Sounds like he didn't make it.

Sounds like the Reddit user was infatuated with him …or a scorned lover that thought he/she was hooking up with a future surgeon.

LMAO try seeing what you get near me in Westfield NJ for 500k ...