Ok, I'm almost 100% sure I found the leak that's been causing my lean codes that have plagued me for the past year, and it's actually in the IMRC plate. While I was installing a new FPR, I took water and poured it down where a bunch of fuel had leaked, in order to dilute it. When the water hit a certain area, I could hear water being sucked in to the intake. After hours of trying to zero in on the leak, I found that when I poured water on the plate's spring, it would suck the water in (see pic): 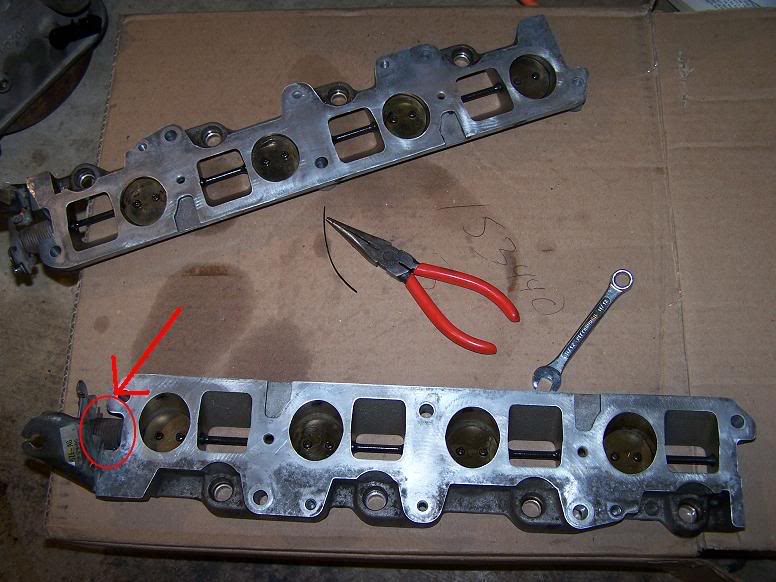 When I turned the valve by hand I could hear the air change it's pitch. Is there supposed to be some kinda sealant or gasket in there? Has anyone heard of this before?

So anyways, I guess my options are to either buy new plates or do a true delete (I removed the butterflies) and get a tune, I'm just so tired of messing with this crap. I've had the intake off the car 4-5 times since I bought the darn thing a year ago.

Just for future reference if anyone experiences a similar issue, this was indeed the problem. The bearing was leaking air into the cylinder causing those codes. I did a true delete and the car is running much better, even on the stock tune. I'm sure the CEL will come back on due to the IMRC controller not being there anymore, but I'll get a custom tune once I do more mods to the engine. I have pics if anybody cares to see, I just haven't uploaded them yet.