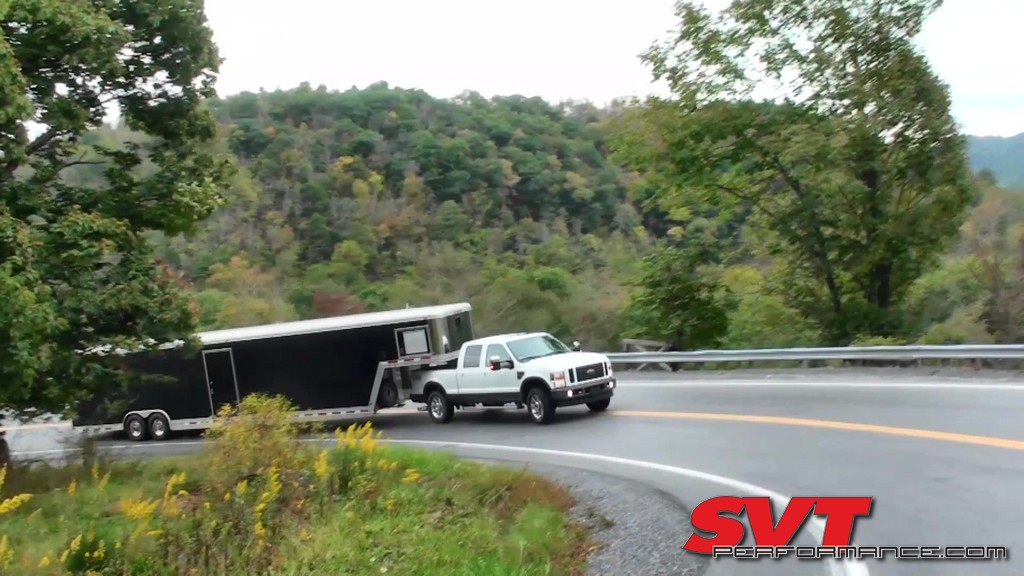 Sooner or later, the unending march of time is going to kill your factory flooded-cell batteries. Sure, you can prolong their life with proper storage and maintenance techniques; but in the end time always wins. That was the issue I found myself facing a few years back with the factory Motorcraft batteries in my 6.4L Powerstroke equipped 2009 F-350. After ~7 years of used the originals were showing the “Red Dot of Death”. All-in-all, they lived a good life. It’s hard to ask for more than service life they provided, but it was time for an upgrade.


​
Over years of motorsports and off-road/marine experience I’ve come to trust the Odyssey brand of AGM batteries. They can be somewhat expensive; but they deliver massive cranking amps, deep draw capabilities, can last over a decade, and are tougher than a $2 steak. I’ve been using one of their power sports batteries for well over 10 years in a Jet-ski and it has never let me down. So picking up a set of Odyssey AGMs for my Super Duty was a no-brainer. 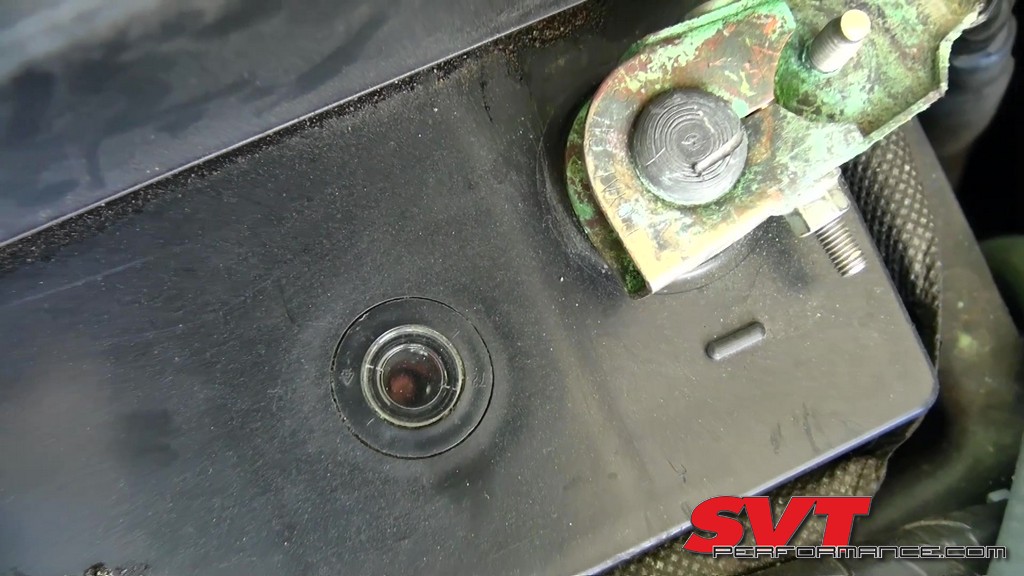 The "Red Dot of Death" signifies the end of life for this particular battery. Acid leaking around the post has done a number on the terminal finish too. Interested in knowing how to correct that?​
One of the most interesting things I noticed about the Odyssey Batteries, it just how much beefier they are than the factory equipped units. It’s instantly apparent as soon as you pick one up. Even though the AGM Odysseys occupy the same amount space, they outweigh the Motorcrafts by nearly 12 pounds each. That’s a lot of extra lead, and goes to show why Odyssey Batteries tend to have such a long life. That makes them perfect for my F-350 where an extra 24 pounds isn’t really going to make any difference (it already tips the scales at over 4 tons). 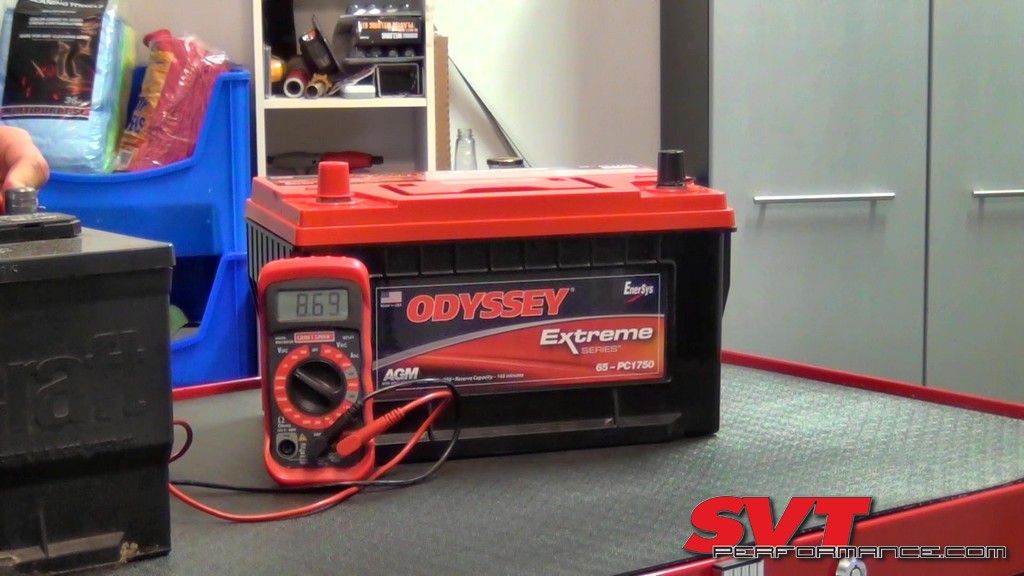 The factory equipped Motorcraft batteries couldn't even muster 9 volts.​
This install actually took place about four years ago, and the Odysseys don’t show any signs of giving up. Though they were fairly expensive I wouldn’t hesitate to buy them all over again. If you have an application that requires an insanely tough battery that you expect a very long life from, I high suggest you shop Odyssey. This set has done everything from jump start an 8 second drag car to power a kegerator in order to provide the cold hoppy nectar of life on a hot South Carolina summer day. I’d buy them all over again, they’ve been well worth the money. American Made Quality in a rugged package, what's not to love? If you’re interested in picking up check out the link below: 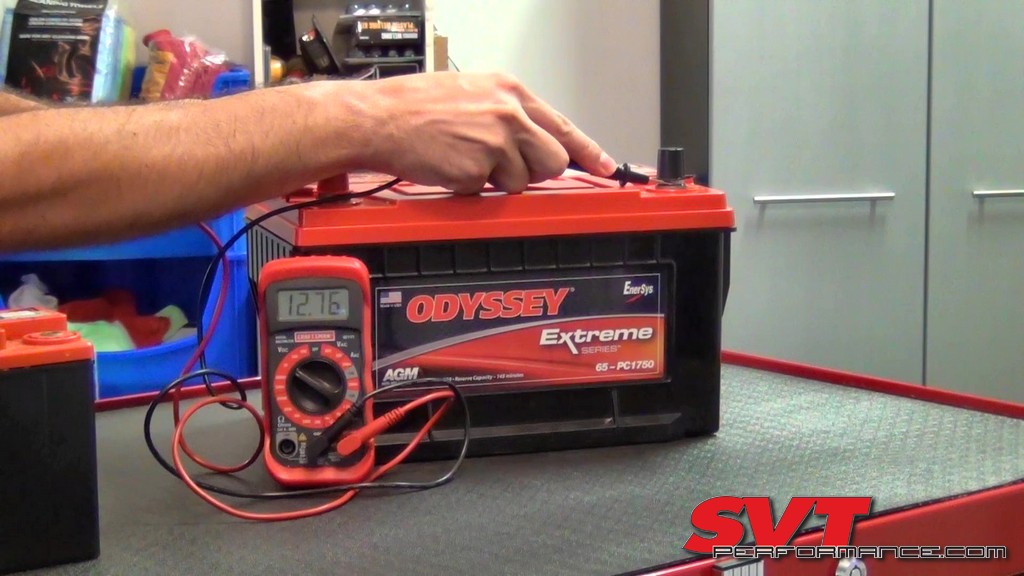 Fresh out of the box the Odyssey Batteries were putting out 12.76 volts. 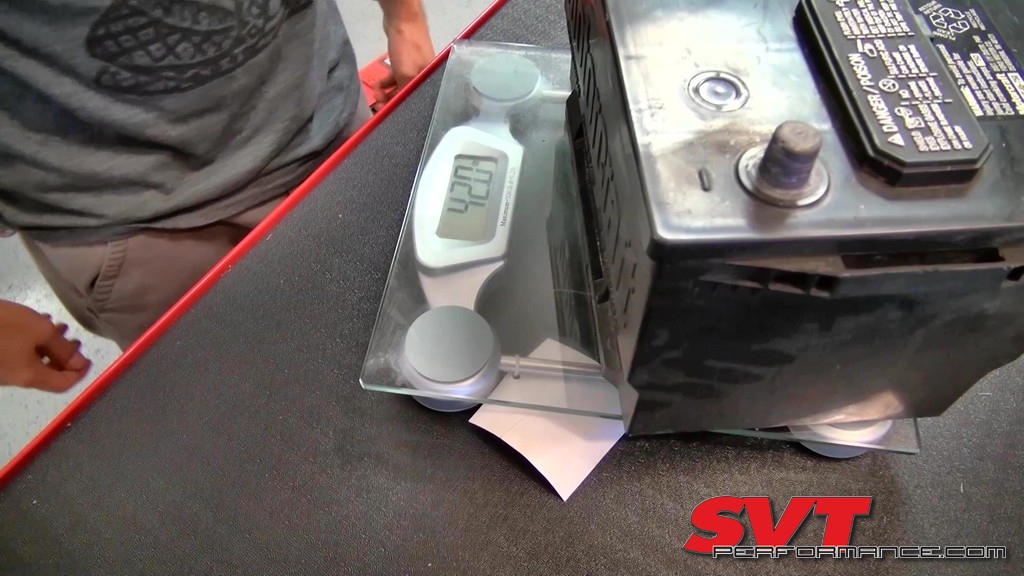 No light weights in their own respect, the Motorcraft units weighed in at 42 pounds each. 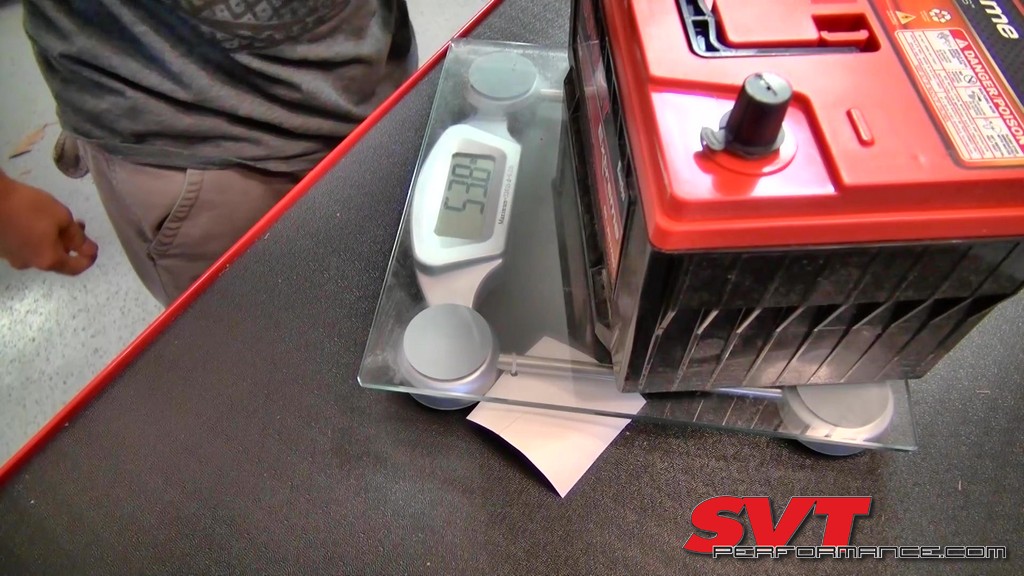 But at nearly 54 pounds, the Odysseys are clearly the heavy weight champs. 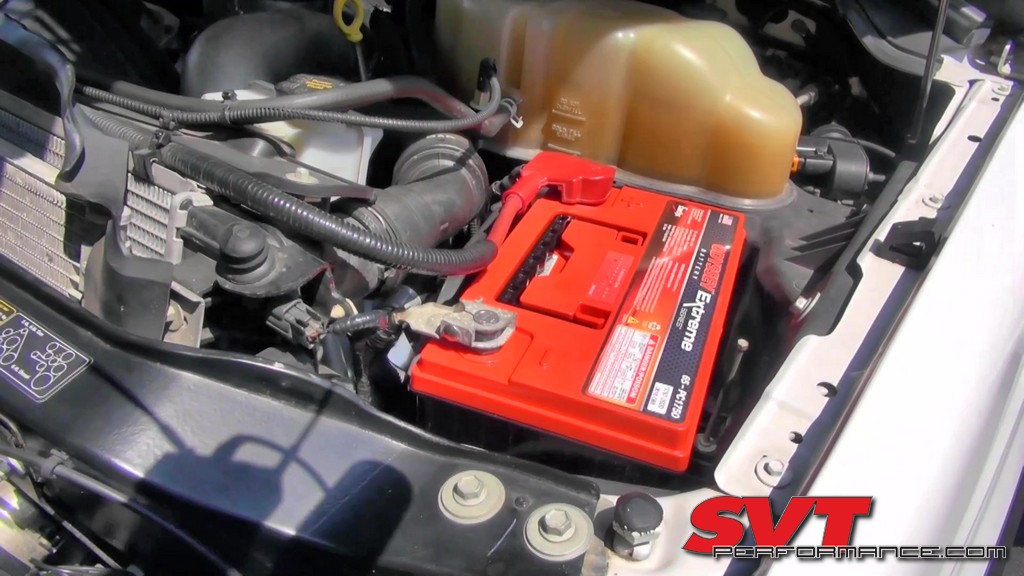 It looks good under the hood. 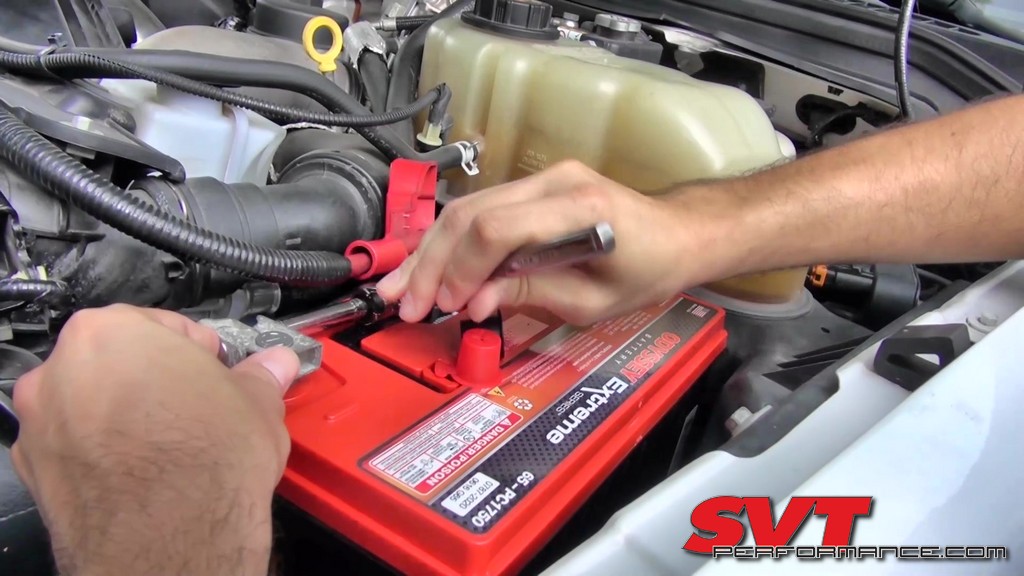 It's a good idea to make sure these things are mounted securely. 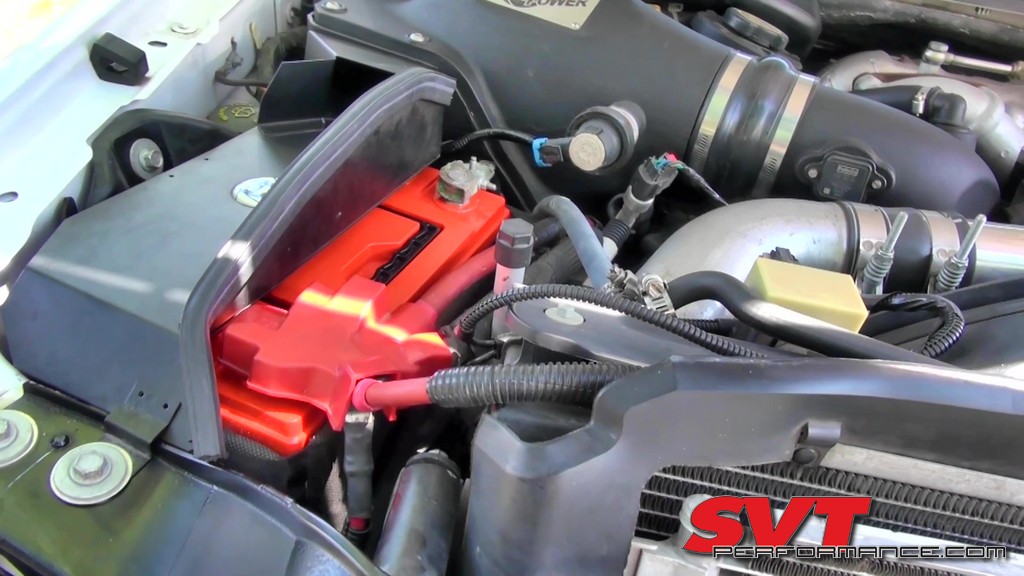 The CAI required a little extra work to get everything set up on the passenger side. 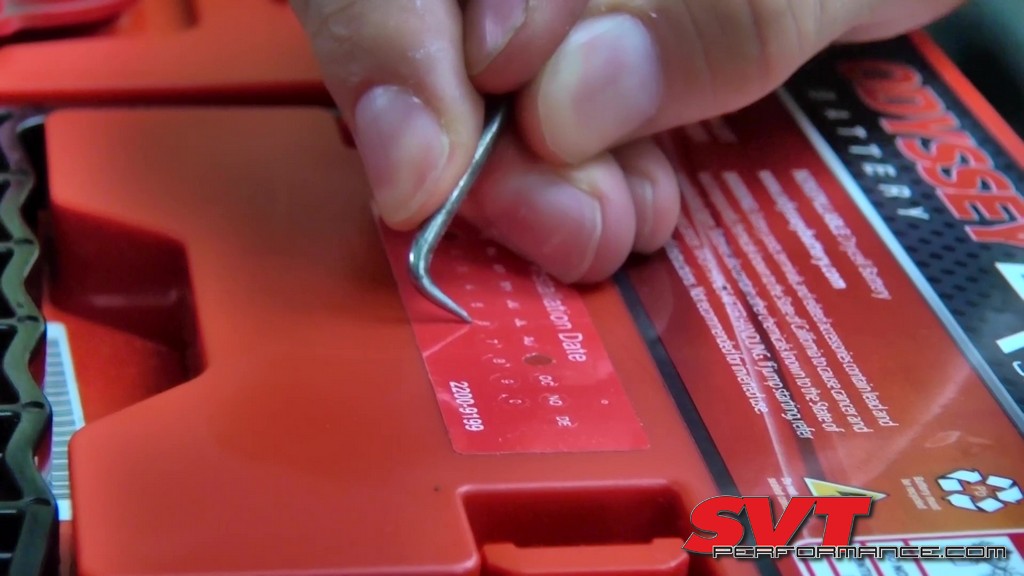 Be sure to mark your install date.​
Click to expand...

Nice video sid, did the new batteries have more CCA?

me32 said:
Nice video sid, did the new batteries have more CCA?
Click to expand...

Yep, but I don't remember the specs off the top of my head. Now I need a half dozen of these for the golf cart:

SID297 said:
The "Red Dot of Death" signifies the end of life for this particular battery. Acid leaking around the post has done a number on the terminal finish too. Interested in knowing how to correct that?
Click to expand...

Yes, did I miss the answer to this question or are you implying the Odyssey’s don’t leak?

Morgan said:
Yes, did I miss the answer to this question or are you implying the Odyssey’s don’t leak?
Click to expand...

The Odysseys don't leak, but if you already have damage then spray your terminal ends with this:

My motorcraft was still going strong at 6 years old, but I decided just to replace so I would not have to deal with a potential problem in future.

I was choosing to move to an AGM as well and research showed either Odyssey or Northstar. I liked Northstar as all USA made and lots of raves around online. Upon more research, I found Northstar labels their batteries at batteries plus as X2 Power. It just happened, batteries plus was doing a pretty significant sale, so I picked it up. It is blue colored top too match for Ford and has a little American flag on top "MADE IN USA." I will see how it does long term.
My group 34 odyssey are maybe 880cca but have a 1500 cca for the first 3seconds. Been using them for years. Have one in my SCCA ranger, the cobra and my gmc 1/2ton. Best bang out there