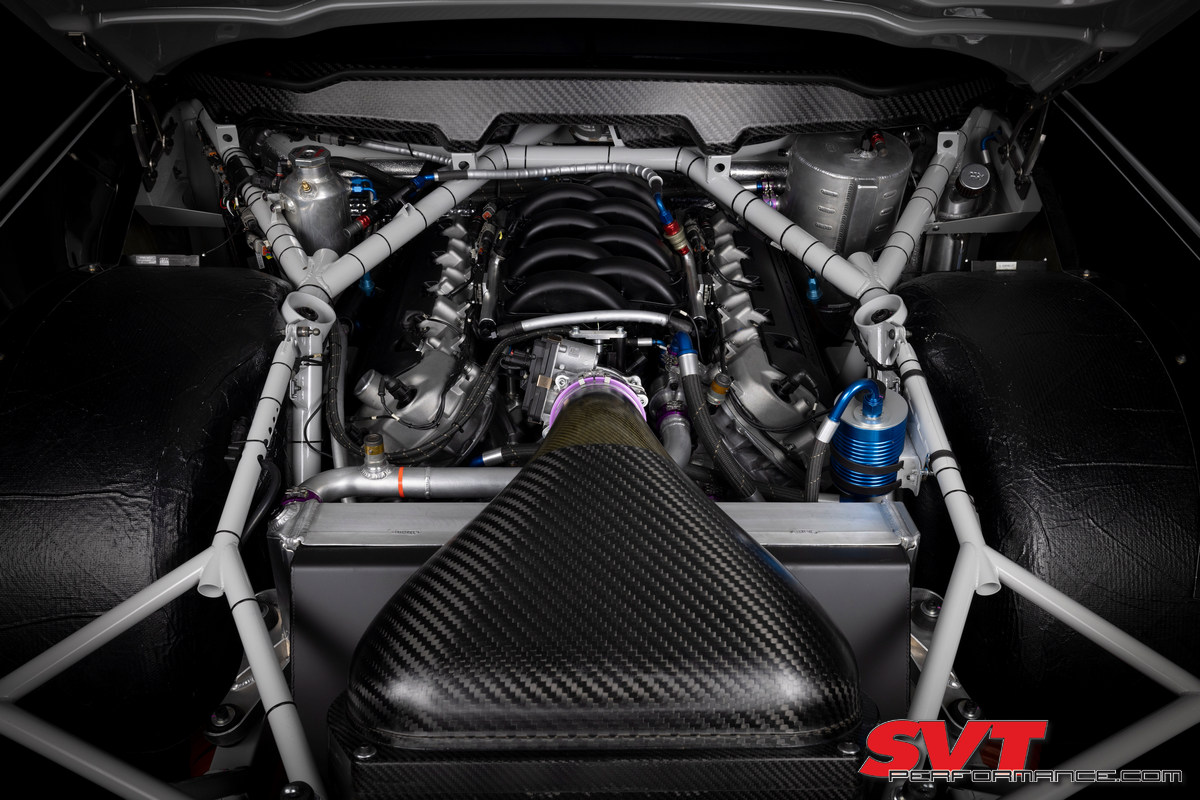 Ford’s challenger for the 2023 Australian Supercars Championship was shown in pit lane this afternoon, in a global first appearance of the seventh-generation Mustang in racing guise.

The road-going variants of the seventh-generation Mustang were revealed in Detroit last month, with computer-generated images of the race cars shown at the same time.

“It is fantastic to be able to show, for the very first time globally, the seventh-generation Mustang in racing form,” said Mark Rushbrook, Global Director, Ford Performance Motorsports.

“The reveal of the Mustang Supercar is the first of many, with Mustang to race in GT3, GT4, NASCAR and NHRA competition globally.

“Mustang has been an iconic brand on and off the track for 58 years and its legend will continue around the world. We always say Mustang was born to race, and that is more true today than ever. The Mustang GT Supercar is ready to race in 2023.”

The Mustang Supercar has been built by Ford’s homologation team Dick Johnson Racing, in conjunction with Ford Performance, in preparation for the 2023 season when a new era of Supercars racing begins.

Johnson, the Ford legend whose namesake team is celebrating the incredible milestone of 1000 races this weekend, will drive the car for the first time this afternoon.

“We’re very proud to be showing the world our new Mustang Supercar, and what better place to do it than at the Great Race here at Mount Panorama,” said Andrew Birkic, president and CEO, Ford Australia and New Zealand.

“It’s a special moment to be able to uncover this car in front of passionate Ford fans, alongside all of our Supercars drivers. It’s very fitting that Dick will take the car for its first laps this afternoon. He’s a legend of the sport, and an incredible ambassador for Ford.

“This car looks sensational, it’s loud, it’s fast and we can’t wait to see it hit the track,” said Birkic.

The Bathurst 1000 kicks off today for practice, before qualifying on Friday. The 1000km race is on Sunday, October 9.

The seventh-generation Ford Mustang will hit Australian roads in late 2023. 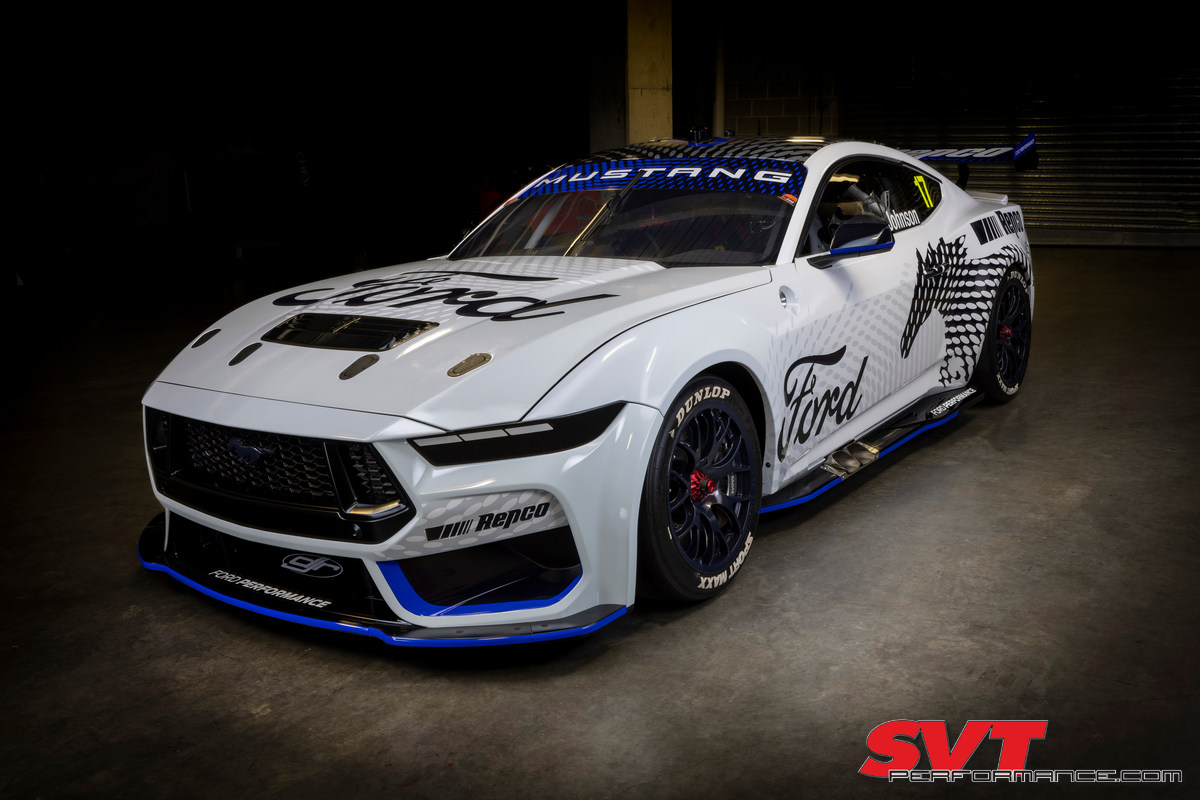 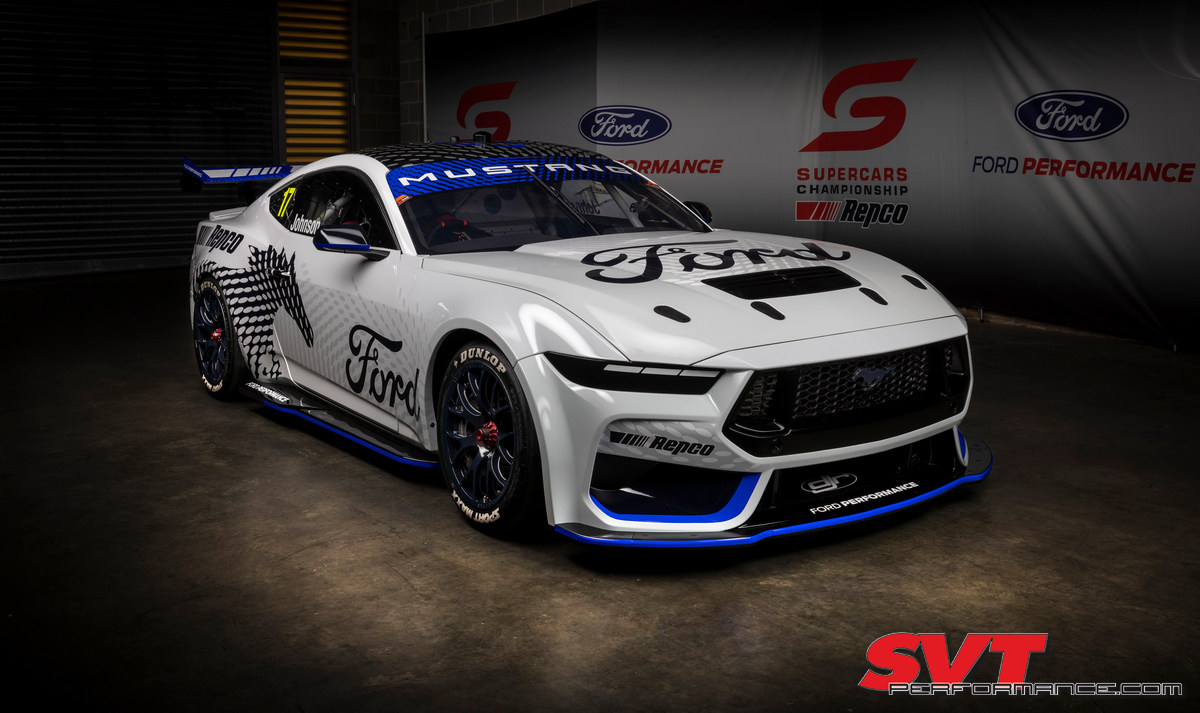 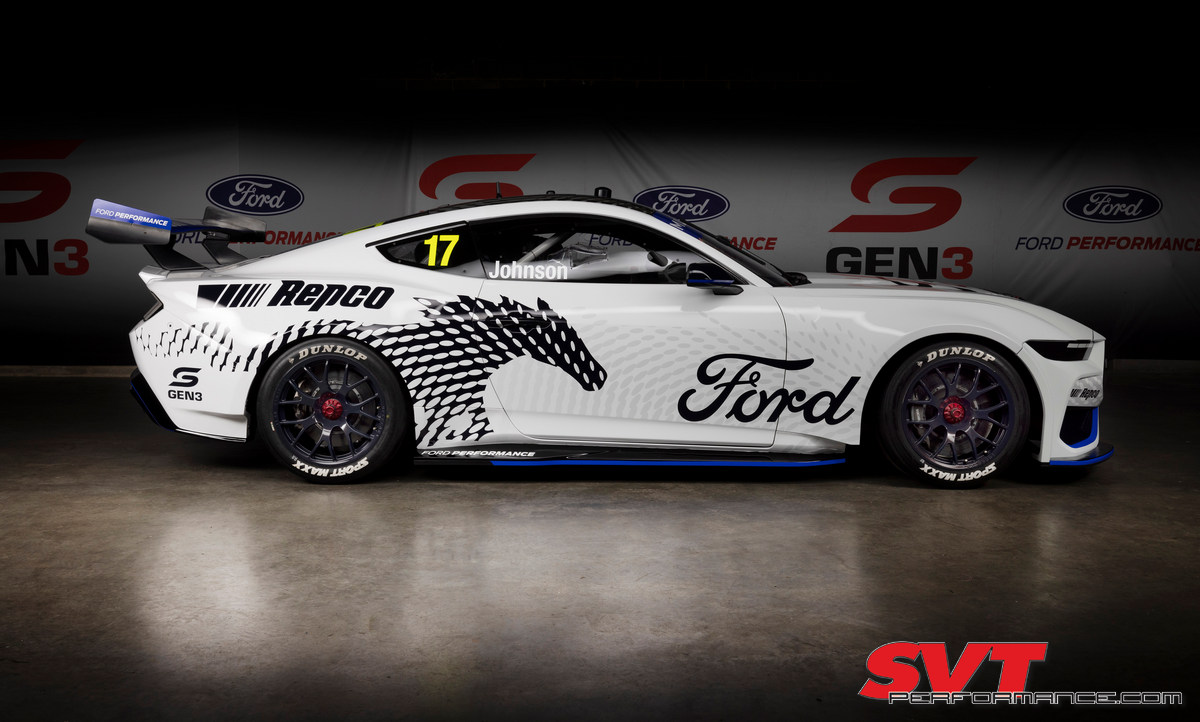 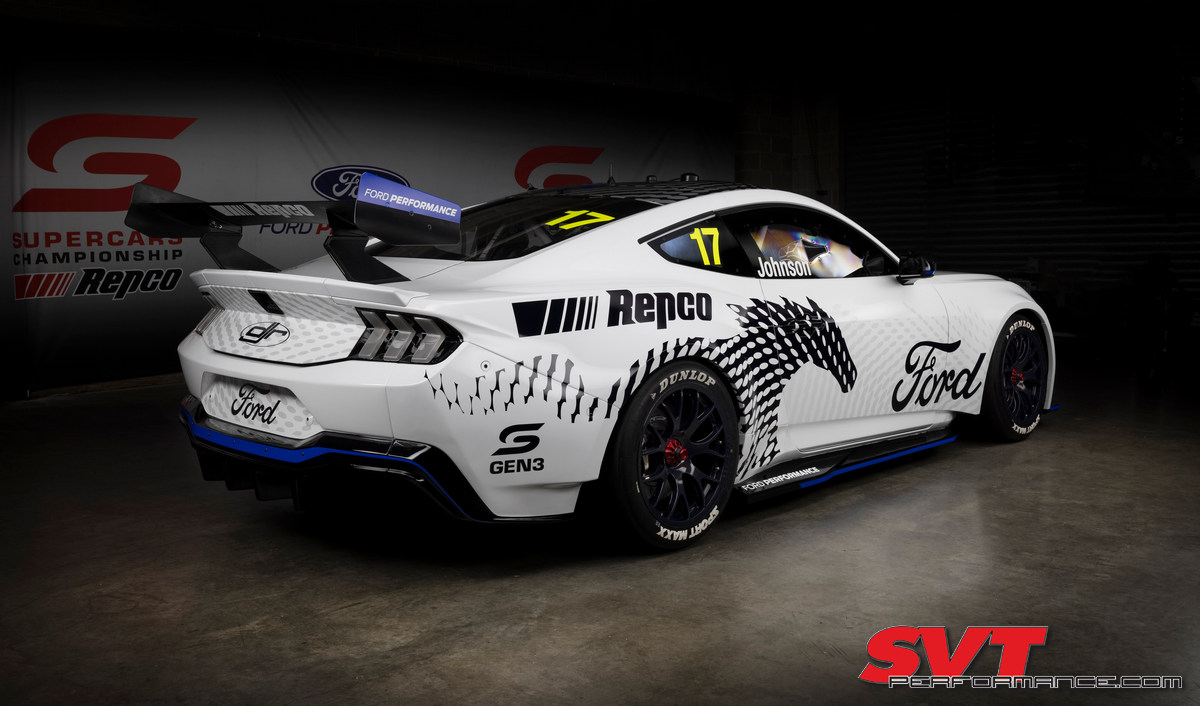 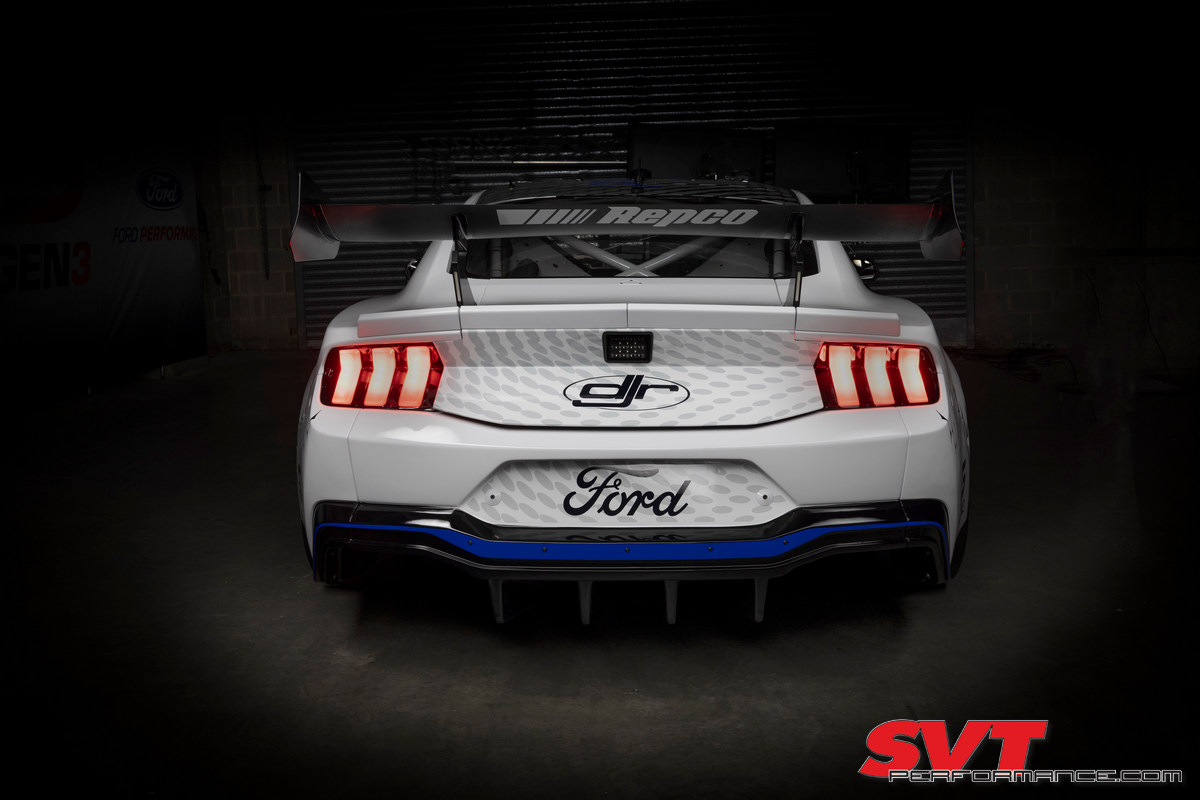 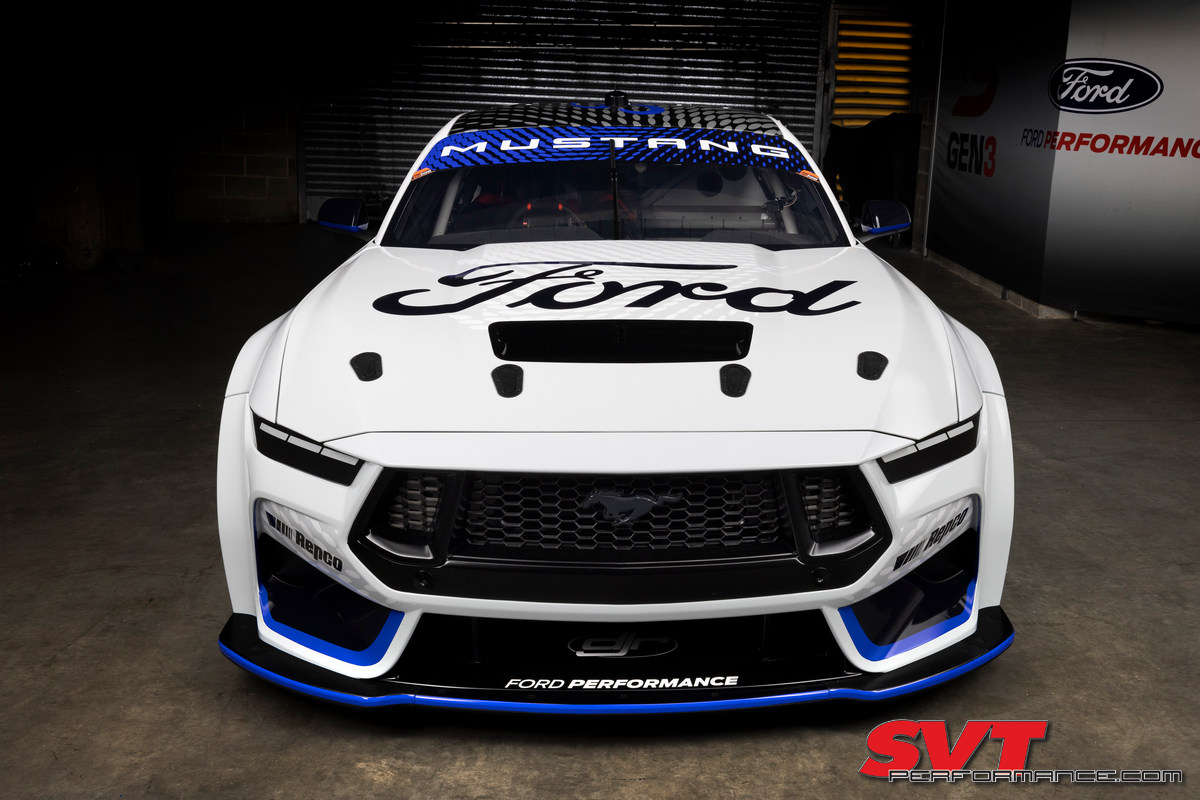 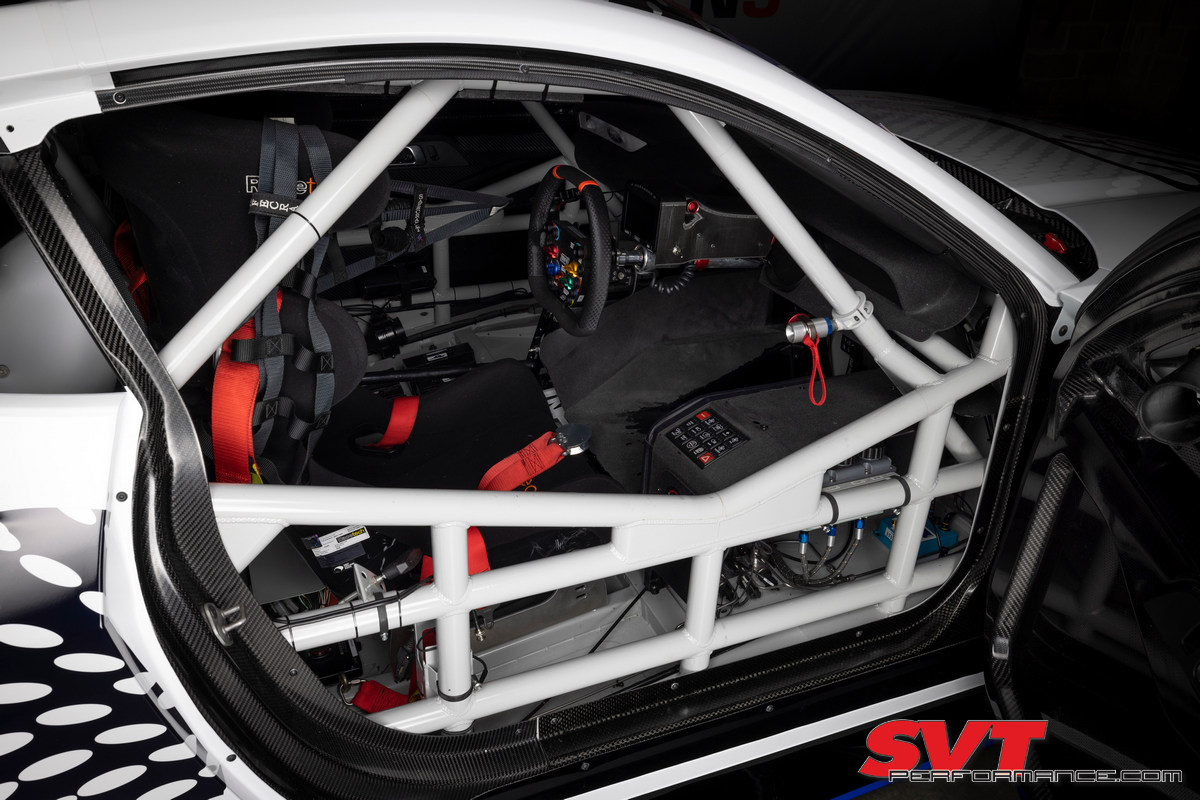 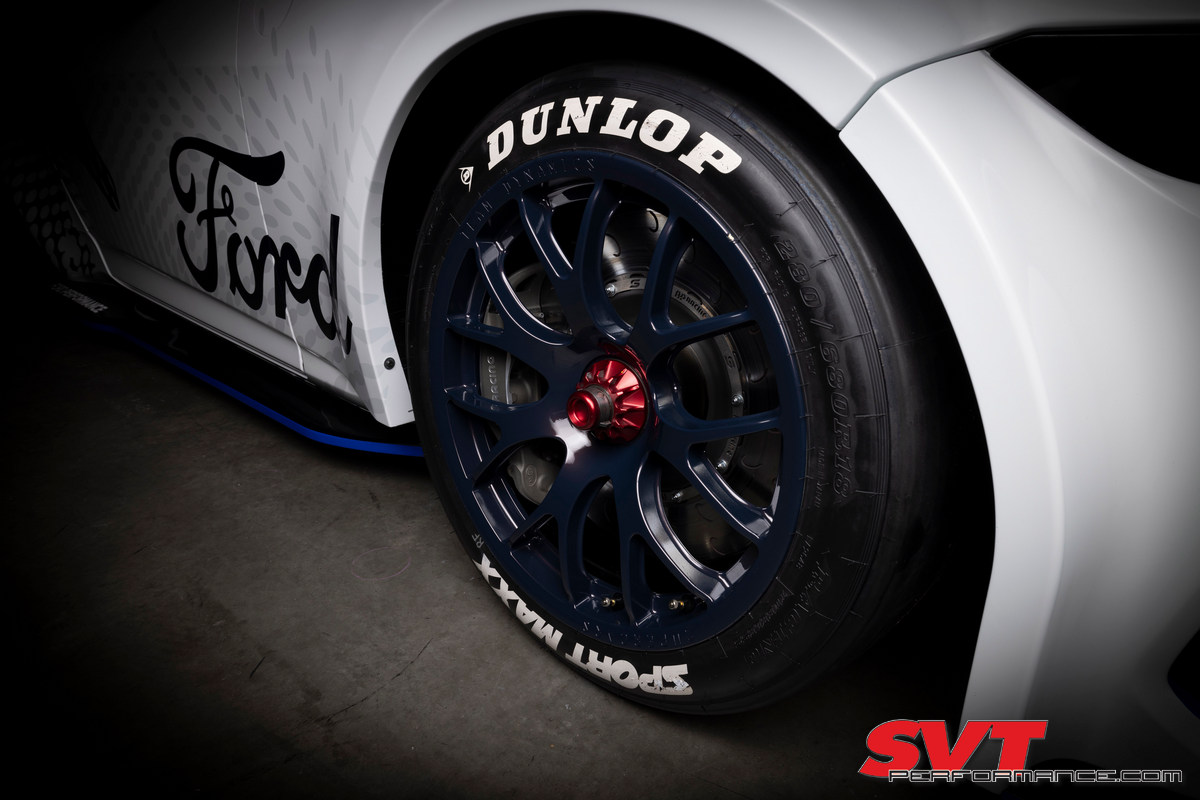 Curious how they are allowed to run a non-production displacement engine. Waiver or exemption to make them competitive?

Keepin it real down under!

Curious how they are allowed to run a non-production displacement engine. Waiver or exemption to make them competitive?
Click to expand...

Other than the spec sheet, have you seen mention of displacement? Possible typo?

SID297 said:
Other than the spec sheet, have you seen mention of displacement? Possible typo?
Click to expand...

I thought it was mentioned it was a 5.4 but I could be wrong

Small touch, but I love how they did the blue accent on the inside portion of the lower air inlets on the side and on the edge of the splitter. That should be carried over to production as an option if that front facia is similar on production models.

I don't keep up with Aussie racing, so I'm def not up to speed on those builds.

I would like to see a tall-deck Coyote, especially for F-150.

SID297 said:
Other than the spec sheet, have you seen mention of displacement? Possible typo?
Click to expand...

I watched some of those video, and the engine shop also said 5.4. Ford also stated that their GT3 was 5.4 as well.

Throw a blower on it and you have a real LIGHTNING!!
Q

Can this team at Ford get promoted to executives please.

Whoever designed and signed off on this needs more of a leadership and vision role.

I Spend car money on guns

Curious how they are allowed to run a non-production displacement engine. Waiver or exemption to make them competitive?
Click to expand...

The Camaros are going to have a KRE build 5.7L based LS. 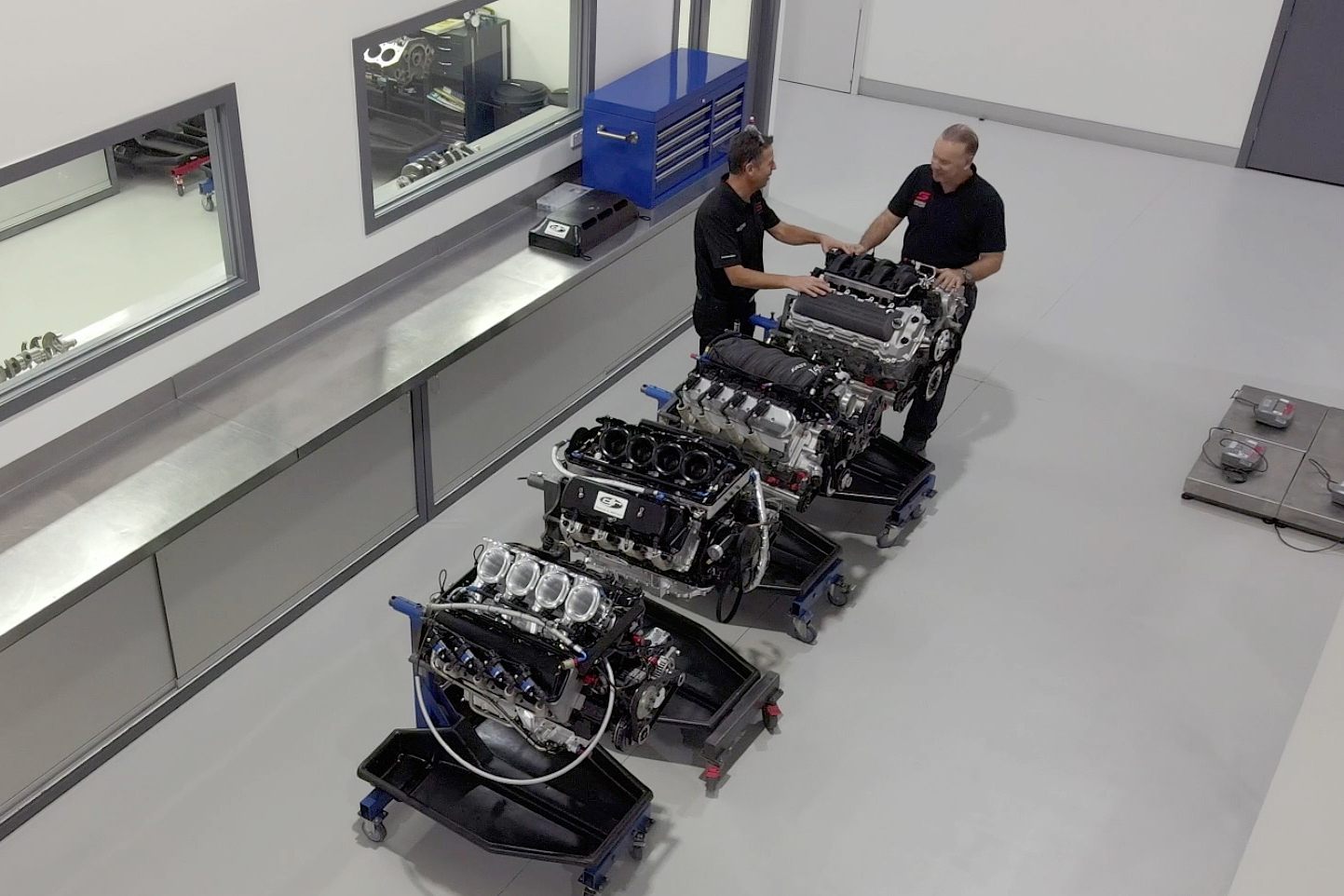 Managing the key differences of the two Gen3 engines

Wonder why they didn't use the dual tb that they just introduced for the s650.

Adower said:
Wonder why they didn't use the dual tb that they just introduced for the s650.
Click to expand...

Don't know for sure, but it could be due to rules or waiver requirements. They almost certainly had to seek some sort of accommodation to run the larger engine, and there are likely many, many, many regulations they need to adhere to.
R

GTSpartan said:
I watched some of those video, and the engine shop also said 5.4. Ford also stated that their GT3 was 5.4 as well.
Click to expand...