u even lift bro?

I'm curious to see what everyone's working on this winter. Figured this would be a great thread for keeping us all updated on ones projects.

For me, I have countless things I could tinker on. Might replace the instrument cluster gauge lights on the 90 vert. The 67 fastback needs the blinker switch replaced. And the transmission leaks still...

The GT 350 could use a paint correction. I should be able to work on it in it's current location.

For now I may focus on banners and signs in the shop. I just installed a 1:64 diecast display case. But not liking the location. I'd like it more visible. Might move it just above the desk.

Let's see what everyone's working on! 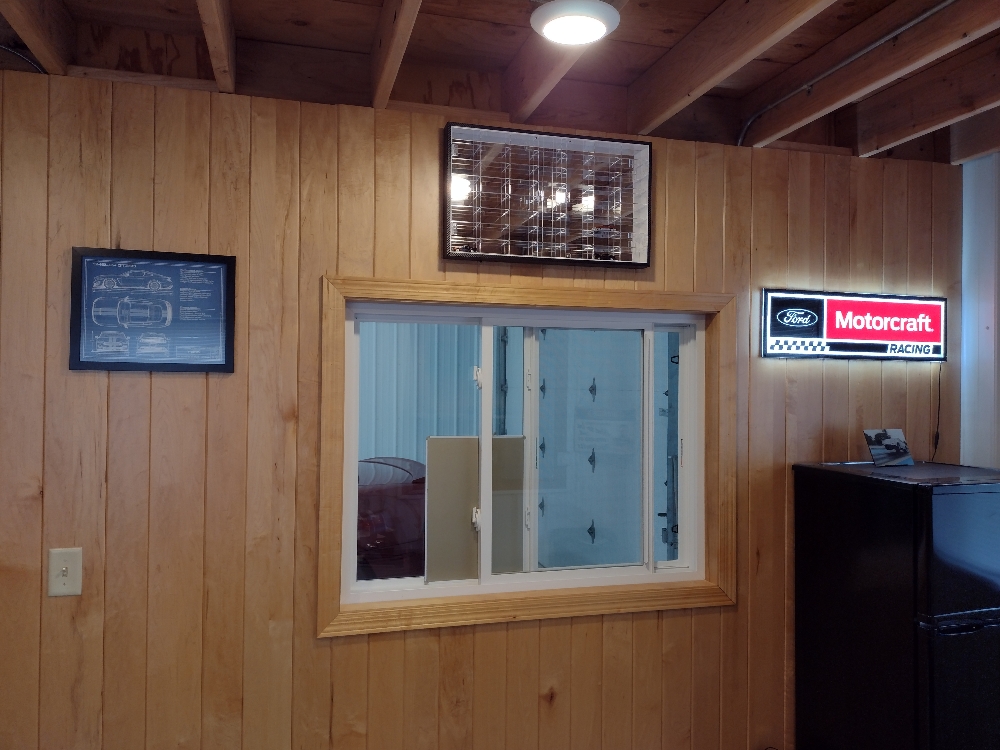 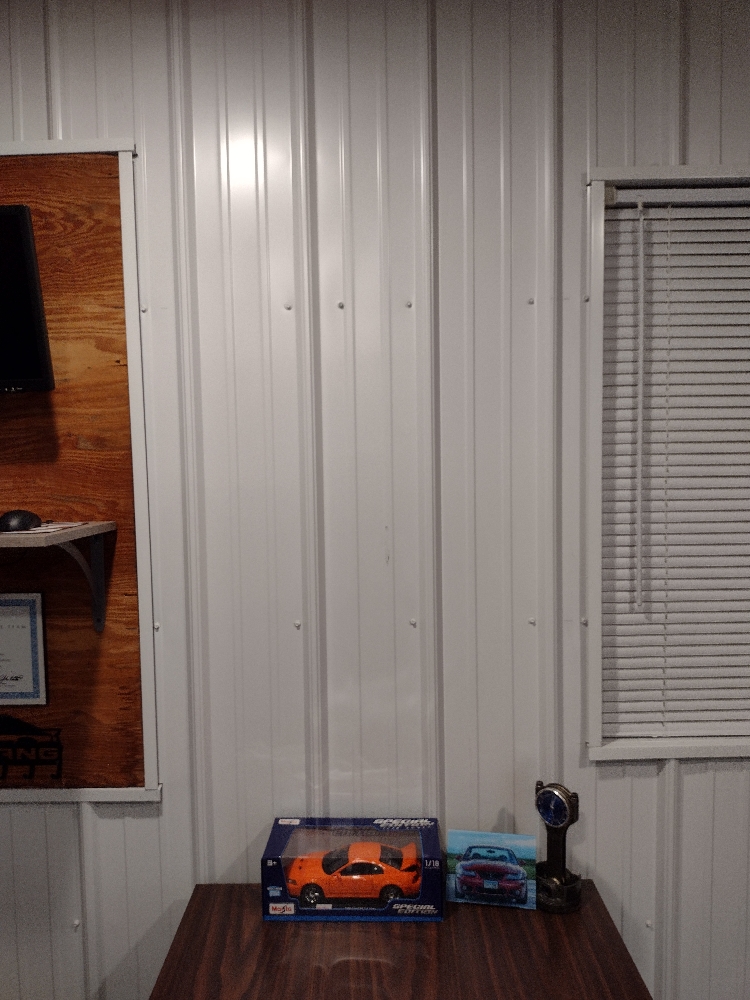 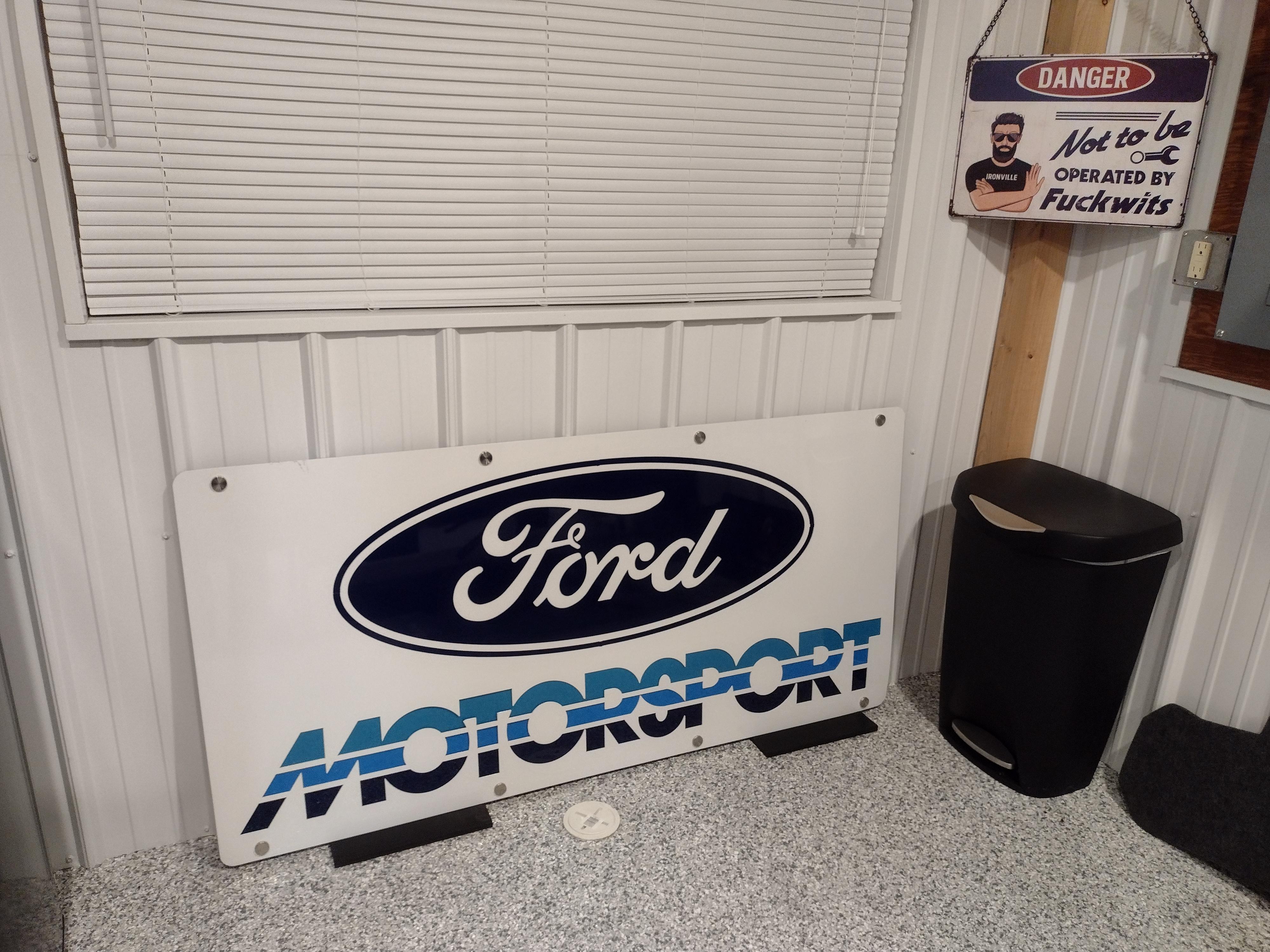 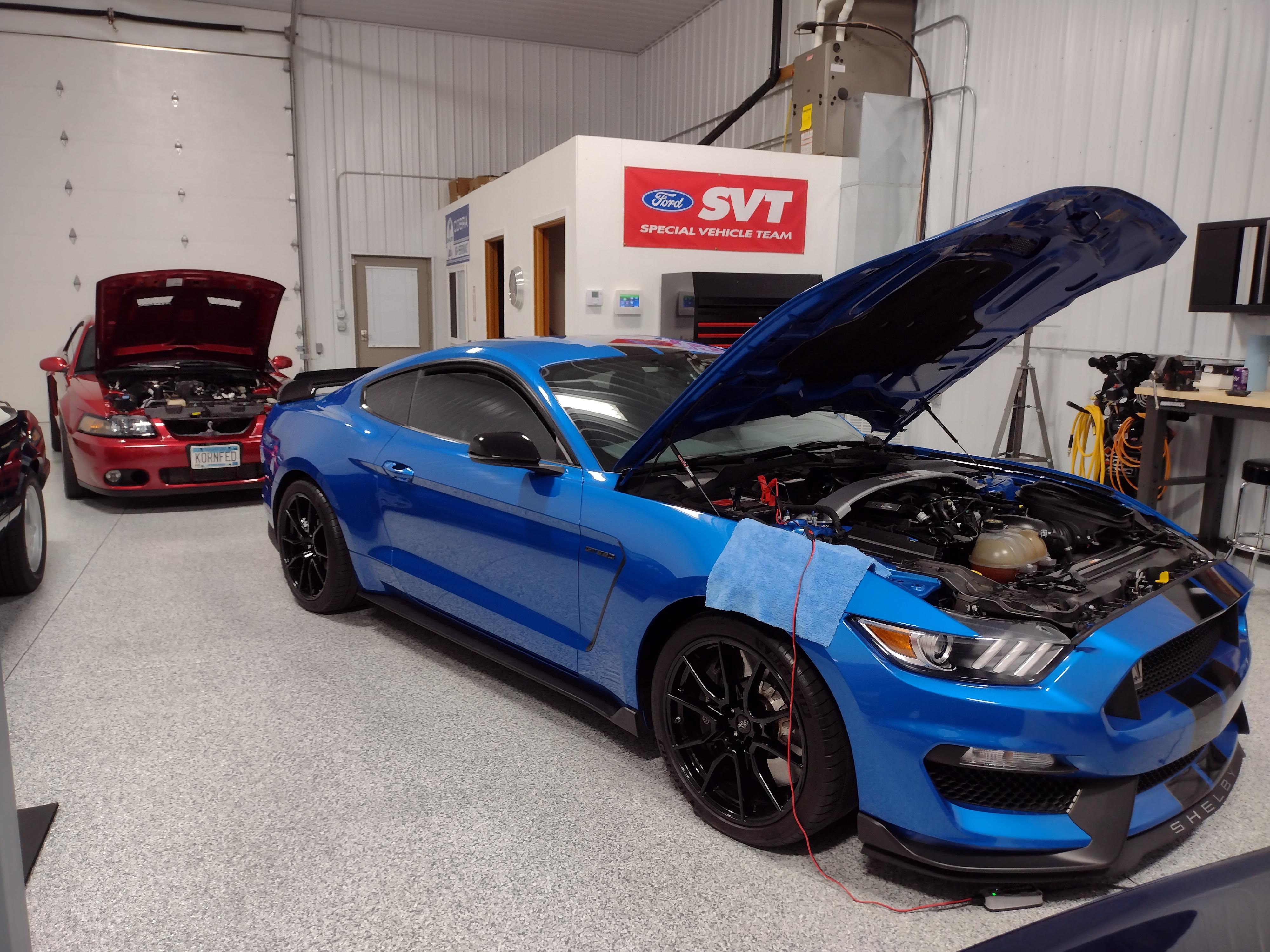 My garage/shop projects need to be replacing the old tube lights with LED's, tying my air compressor into the hard line the previous owner left for me. Once that is done I need to connect the air dryer and figure out how to run the higher pressure air to my laser. I also need to build a workbench that will let me better store my acrylic sheets and small wood pieces and also give an assembly area that isn't a folding table. I already have it drawn up in tinker cad, just need to get the stuff and try and build it. It's above my current skill set, but how else do you learn?

Anyone have a strap on my girl can use on me?

Re do interior in my 07 Silverado

No vehicle projects, but I do need to redo stuff around my house due to the recent hurricane. Mainly landscaping, I have other guys lined up for the bigger damage.

03cobra#694 said:
No vehicle projects, but I do need to redo stuff around my house due to the recent hurricane. Mainly landscaping, I have other guys lined up for the bigger damage.
Click to expand...

How you doing with this Tropical storm, I’ve got 40MPH gusts. Nothing wild.

On topic of the vehicle projects and such. I’ve got way to many, and I don’t even have winter haha. Mostly maintenance and such thus far though.

Can't take it with you. haha

At this point, looking back...if I would've known I would drop this much money on this car, I probably would've bought a 3 year old LMP3 car.

13COBRA said:
Can't take it with you. haha

At this point, looking back...if I would've known I would drop this much money on this car, I probably would've bought a 3 year old LMP3 car.
Click to expand...

lol...more fun this way...you'll have to post some after pics

For the Cobra I want to install the VMP intercooler manifold. So while I have everything torn apart (again) I want to get the brackets and bridge powder coated. Nothing fancy. Probably just a gloss black.

I need to strip and recoat the fenders on the car trailer. Especially now that it's desert season. I've been thinking of doing the Herculiner on them just to see if I like the bed lining type finish on them.

And the desert toy needs communication radios, spare tire and mount, and extra storage. We're hoping to do a desert run to Vegas in February.

Ordered a TKO Motorsports belly pan to complete the flat bottom under the car!
svtperformance.com

LS WUT said:
How you doing with this Tropical storm, I’ve got 40MPH gusts. Nothing wild
Click to expand...

No problem, about the same as you. Got quite a bit of rain. Of the 40 people who work here, I think 5 showed up. Phones are dead. No traffic at all this morning. I bet the bars are full. lol

My cobra will be getting longtubes, irs bushings, steering rack bushings, painted calipers, engine mounts, some other odds and ends.

I may even start finishing the basement….

All of this while our new son will be born in a few weeks. We have a lot going on this winter!

2003RedfireVert said:
My cobra will be getting longtubes, irs bushings, steering rack bushings, painted calipers, engine mounts, some other odds and ends.

I may even start finishing the basement….

All of this while our new son will be born in a few weeks. We have a lot going on this winter!
Click to expand...

...lol You have quite the positive outlook on how productive you'll be.

13COBRA said:
...lol You have quite the positive outlook on how productive you'll be.

The car will get done for sure…the basement won’t get done but it will get started most likely. Garage would be a nice have but not a priority at all.

I will probably redo the exhaust on my TT Mustang. The older I get, the more of a bitch I become as it relates to exhaust smell and noise. Car burns e85, so no issues with smell, but I need to quiet it down some.

Other than that, I plan to spend A LOT of time in the desert this winter. 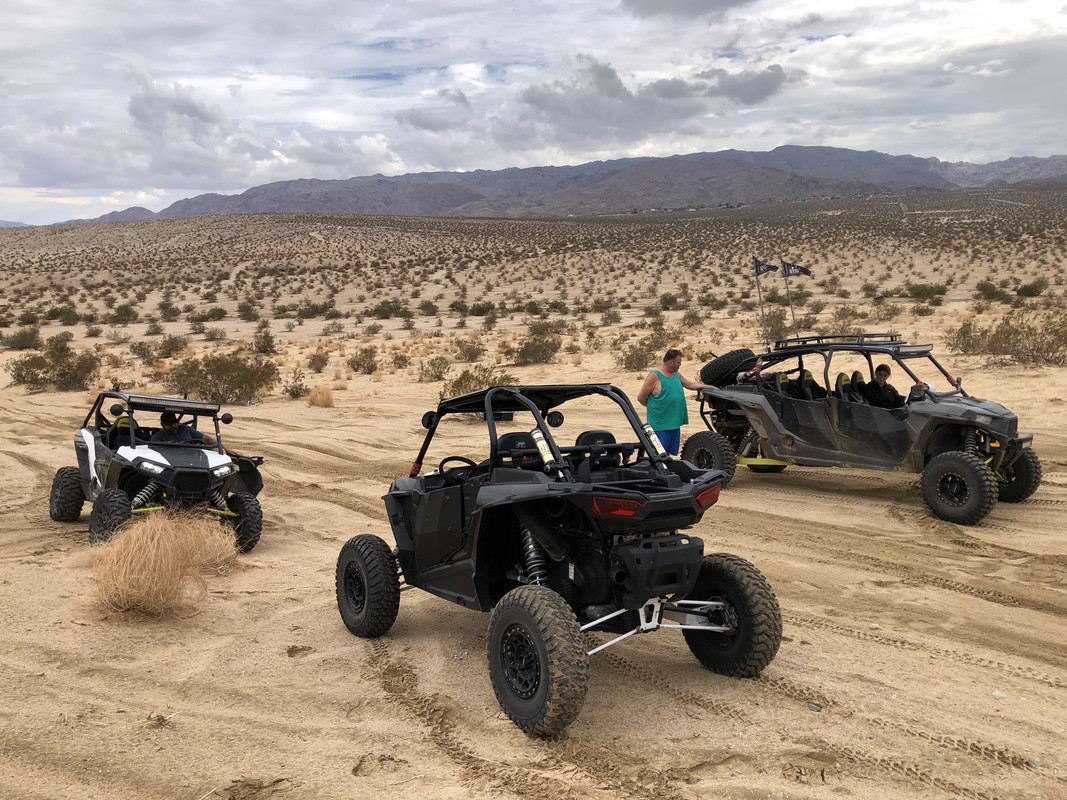 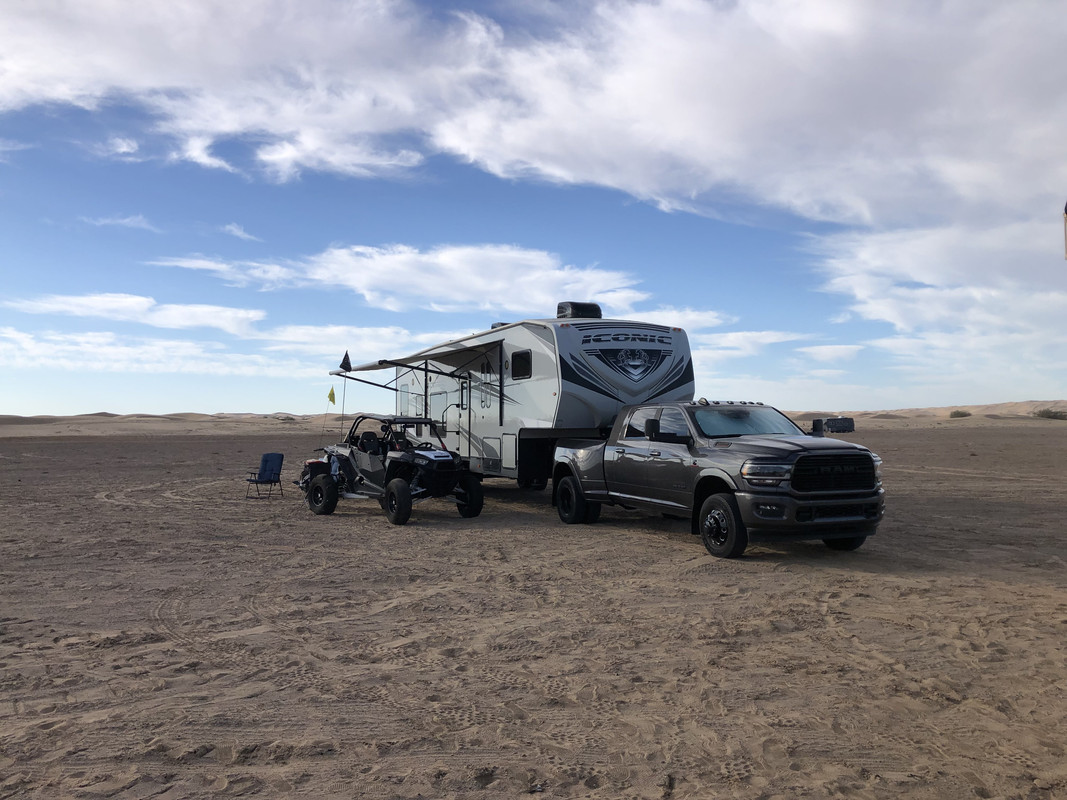 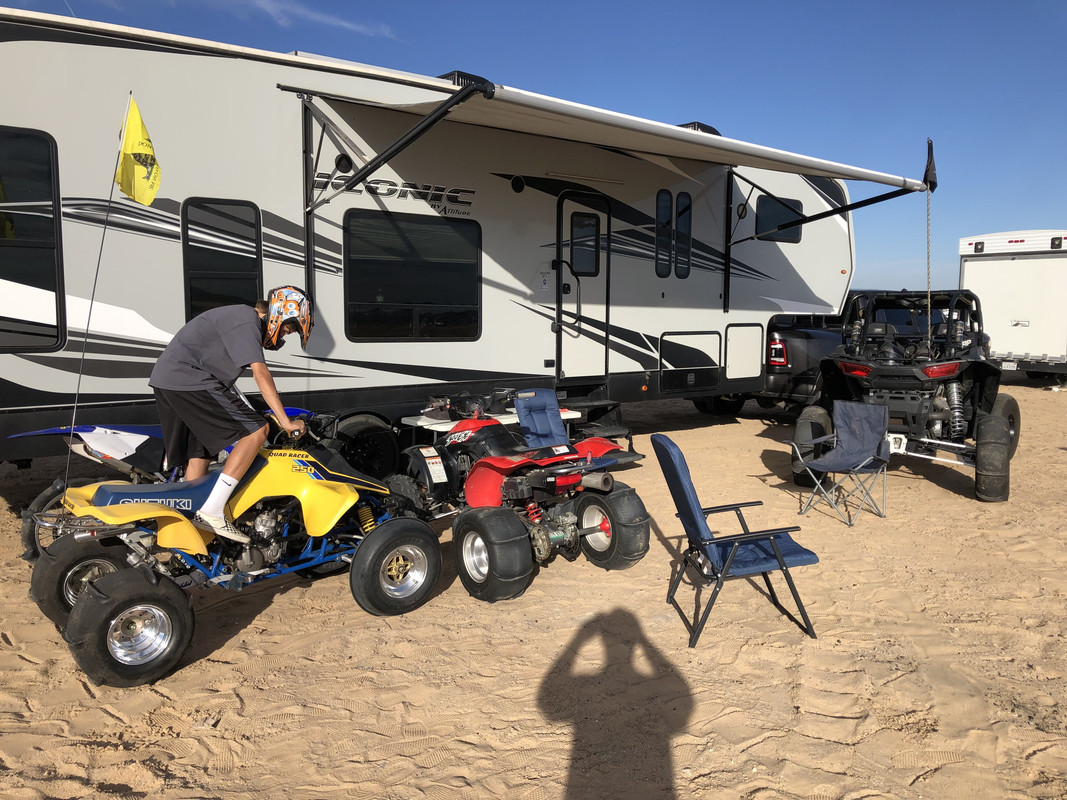 Good thread and nice to see lots of people working on their own things.

I'll be building another Ultima RS for another owner who just doesn't have the time. It will be an LS7 or similar powered car and orange like mine. Barring any delays, I'd like to have it finished early 2023.

I'm just about ready to put the side pods of the body on. 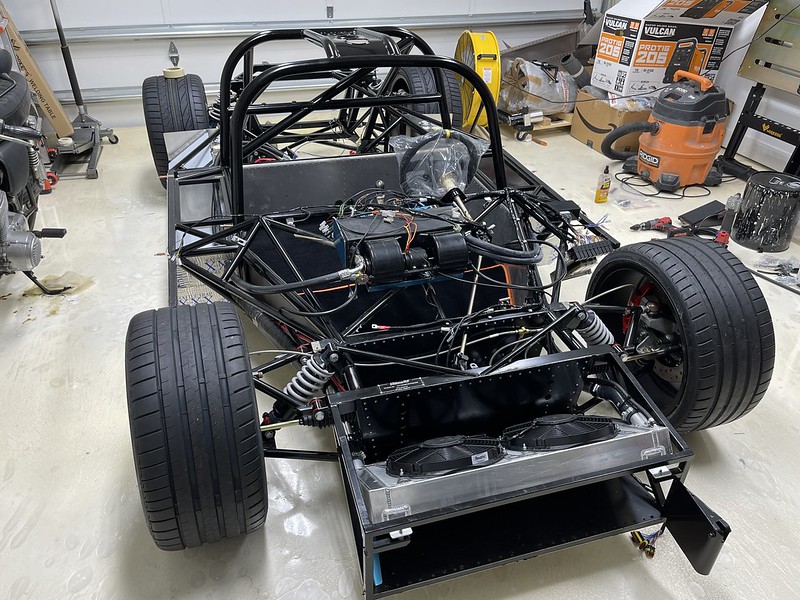 For my own car, I've been battling issues with it just not making the power it should and I think it's caused by this small 3D printed throttle body relocation tube. It's amazing that it can even flow enough air for the 750whp it currently makes. I bought a welder and watched some YouTube videos of how to tig weld aluminum, then dove right in. I came up with something that makes much better use of the space and should flow a considerable amount more. 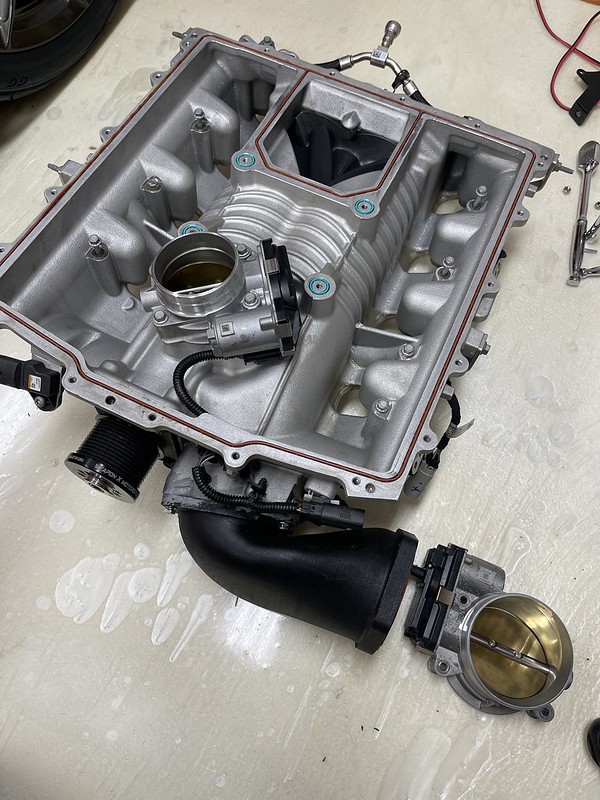 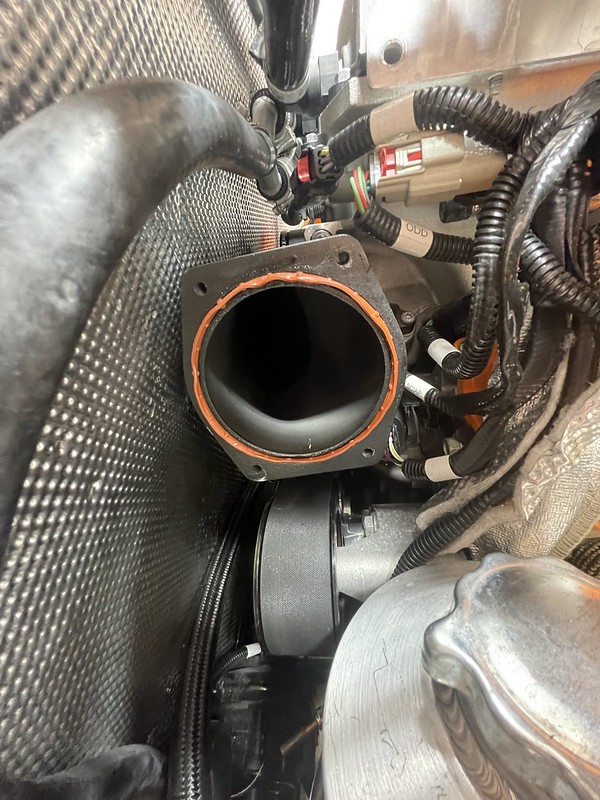 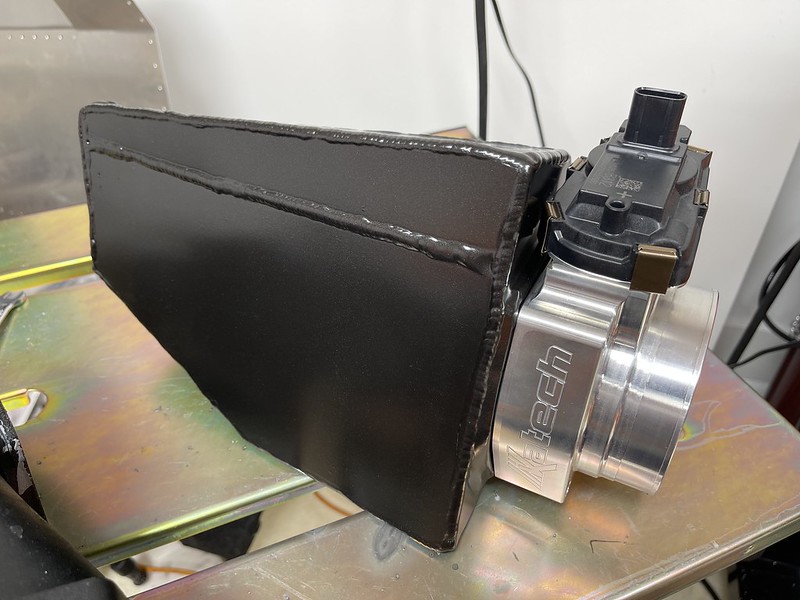 Compared to the stock one- 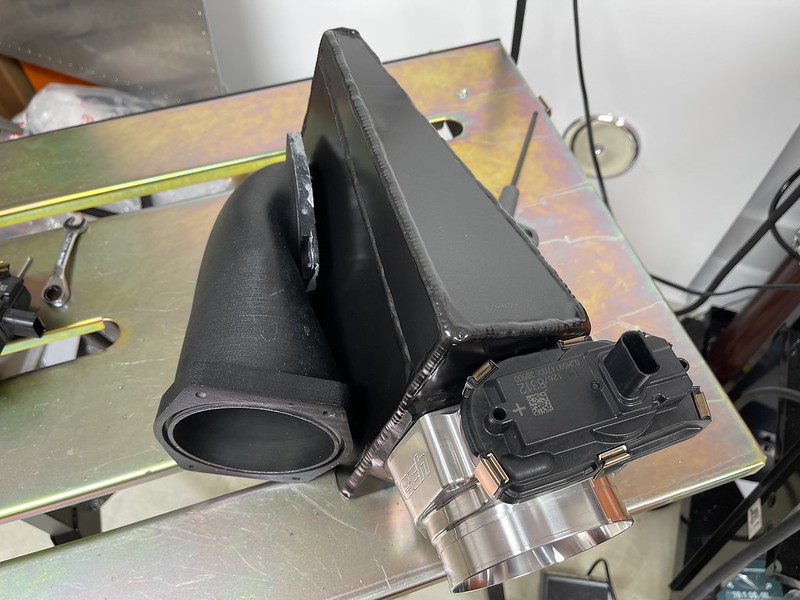 In between building the other Ultima, there's a paralegal I know whose boyfriend bought his father a 2000 Mustang GT brand new, but it's been sitting for 12 years. He asked me what I could do to it for $20k so I'm going to Coyote swap it for him and freshen it up. That starts next week.

Bought a house 1.5 years ago and have been knee deep in a full restoration, one of them being the detached 24x24 garage. I have all of the walls insulated with Roxul and moving onto the roof rafters, which will also be roxul with baffles against the sheathing for airflow. Then pick a mini split to heat and cool it all year long.

right now both my terminators are driving and running great knock wood so i've been getting more into working on my trucks lately. winter plan was to pull the 4.6 out of my 2wd f-150 and give it a refresh, but many of the the tools i want to buy for it are backordered or not available. i'm a ford rotunda special tools "enthusiast" and like to use the dealer tools listed in the factory service manual. yes they are very expensive lol. but the availablilty dates seem to keep getting pushed forward each time i check. i don't really "need" these tools to do the job, but since i don't really have to do the job anyway i'll just wait. in the meantime this fx4 f-150 i recently bought has lots of little things that are keeping me busy. for example i just did the rear pinion seal and transmission cooler lines that were leaking.

and of course the house always has all sorts of things that probably should be done, but what fun is that?
B